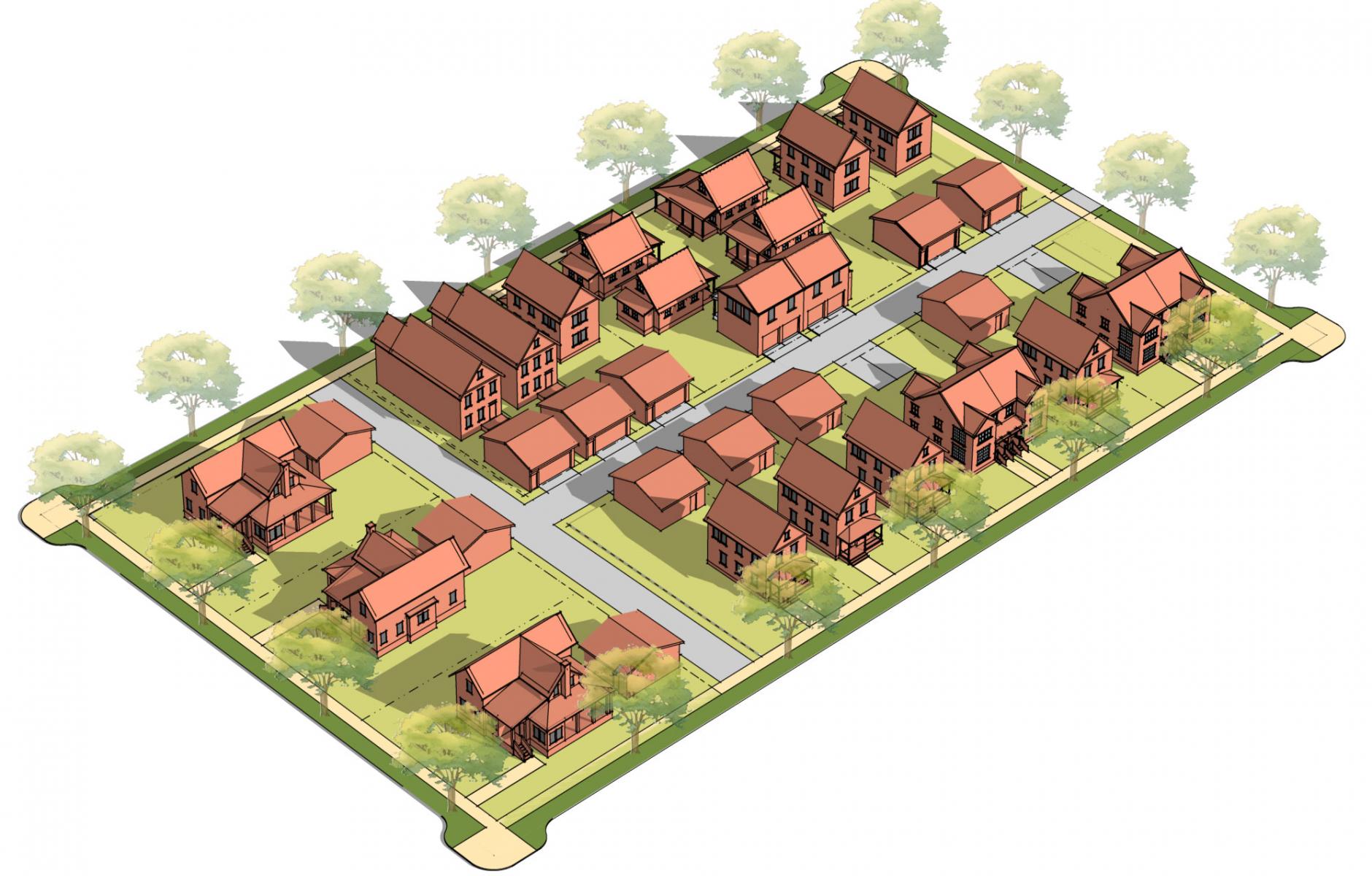 Image by Opticos Design
Got A Minute

How missing middle fits on a block

The term “Missing Middle Housing” has become a popular reference to middle-density, low-rise housing that has been missing from most new construction over the past half century. Examples include accessory dwelling units (ADUs), cottage courts, duplexes, small apartment buildings, and the like. The term has become a rallying cry for zoning reform that allows more diversity in housing type, offering the potential for more affordability and choice.

Although these housing types have been part of the new urbanist toolbox since the beginning of the movement, the term coined by Opticos Design in Berkeley, California, accompanied by a diagram, like the one below, has made this concept clearer to the public. Missing middle has typically been shown as a Transect between single-family housing and large apartment buildings.

The image at the top of this article, also from Opticos, shows missing middle in its natural built environment, the typical urban block. The types are not labeled, but you can see ADUs on the alley, a small cottage court, duplexes or quadraplexes (could be either), and larger houses on the end cap that could contain multiple units. These are mixed in with single family houses.

There are unlimited combinations of missing middle on urban block, and they all add diversity and different living arrangements. Their low-rise character—in the diagram, no higher than 2.5 stories—means they are compatible with a neighborhood that has many single-family houses.