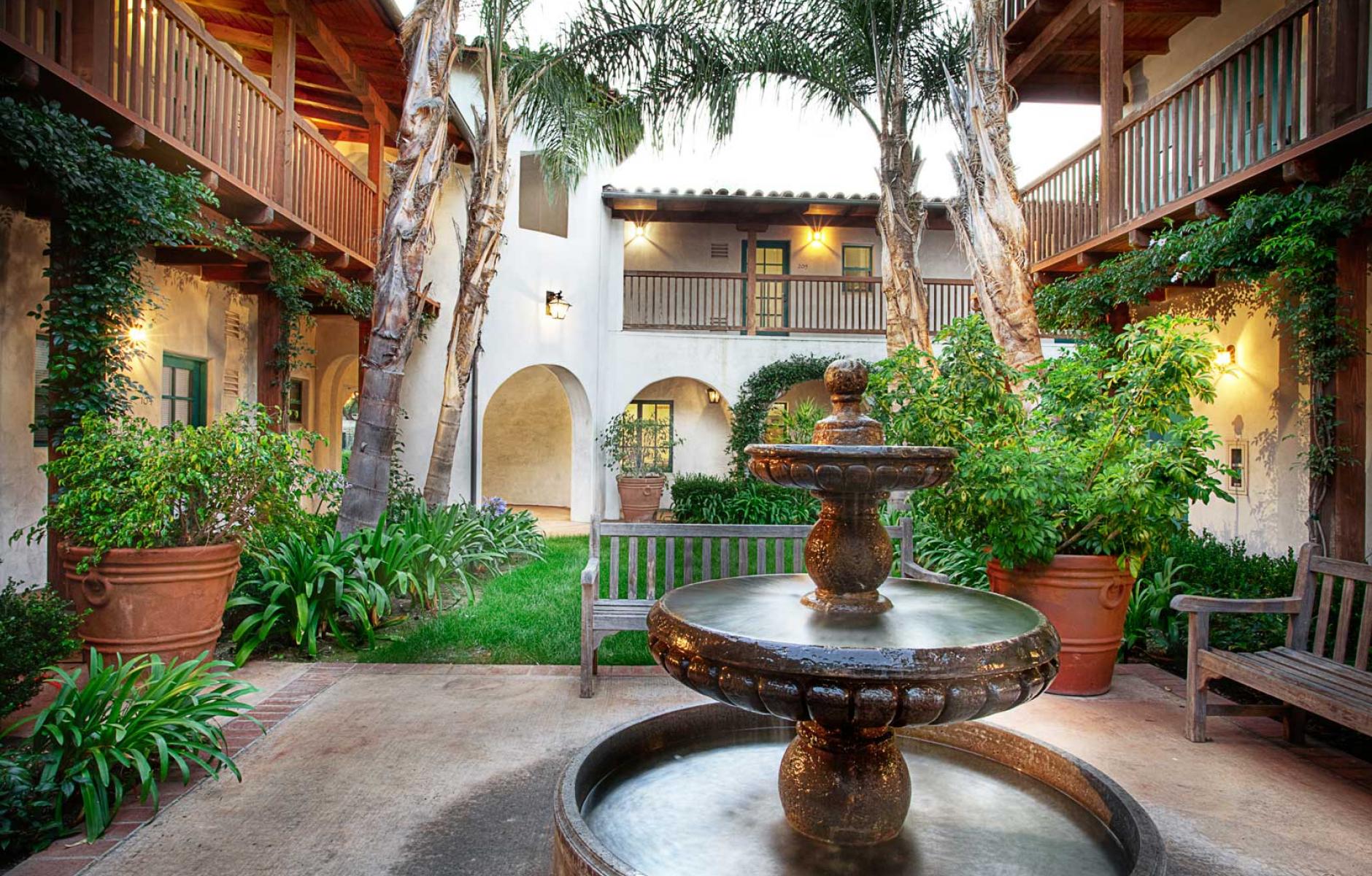 The courtyard of Casa De Las Fuentes, an affordable project for downtown workers who are not automobile-dependent. Photo by Bob Blackwell.
Affordability

Santa Barbara’s public and affordable housing looks different from any that you are likely to encounter in any other city. Derived from the city’s Mediterranean and Spanish-revival architecture, the housing serves low-income residents, the formerly homeless, other vulnerable populations, and those who are simply priced out by the city’s legendarily costly housing market.

The unique projects by The Housing Authority of the City of Santa Barbara (HACSB), built over the course of recent decades, have earned the organization the Gindroz Award for Excellence in Affordable Housing. This new national award, from the Institute of Classical Architecture & Art (ICAA), recognizes groups that have demonstrated excellence in the design and implementation of affordable housing in the classical tradition.

The award is named after Ray Gindroz, the Norfolk-based architect and urban designer who cofounded Urban Design Associates, chaired CNU’s board of directors, and was instrumental in applying new urbanist design to public and affordable housing across the US. The award “considers the unique challenges of this practice, context, community engagement, social impact, and design in the creation of homes and neighborhoods for all,” according to ICAA.

HACSB’s mission is to create safe, affordable, and quality housing opportunities for families and individuals while promoting self-sufficiency and neighborhood revitalization. This organization provides beautiful and dignified housing to families, elderly, and disabled persons, notes ICAA.

The authority has found inspiration in Santa Barbara’s rich architectural vernacular. Projects are located in the heart of Santa Barbara, close to jobs and opportunities. The award jury specifically noted Artisan Court, Casa De Las Fuentes, El Carrillo, and Jacaranda Court as models of excellence in design and social impact.

“Affordable housing is among the greatest needs Santa Barbara faces and our goal has always been to provide developments that improve the neighborhood and the greater community, as well as provide a beautiful place for our residents to call home,” notes Rob Fredericks, Executive Director of the Housing Authority.