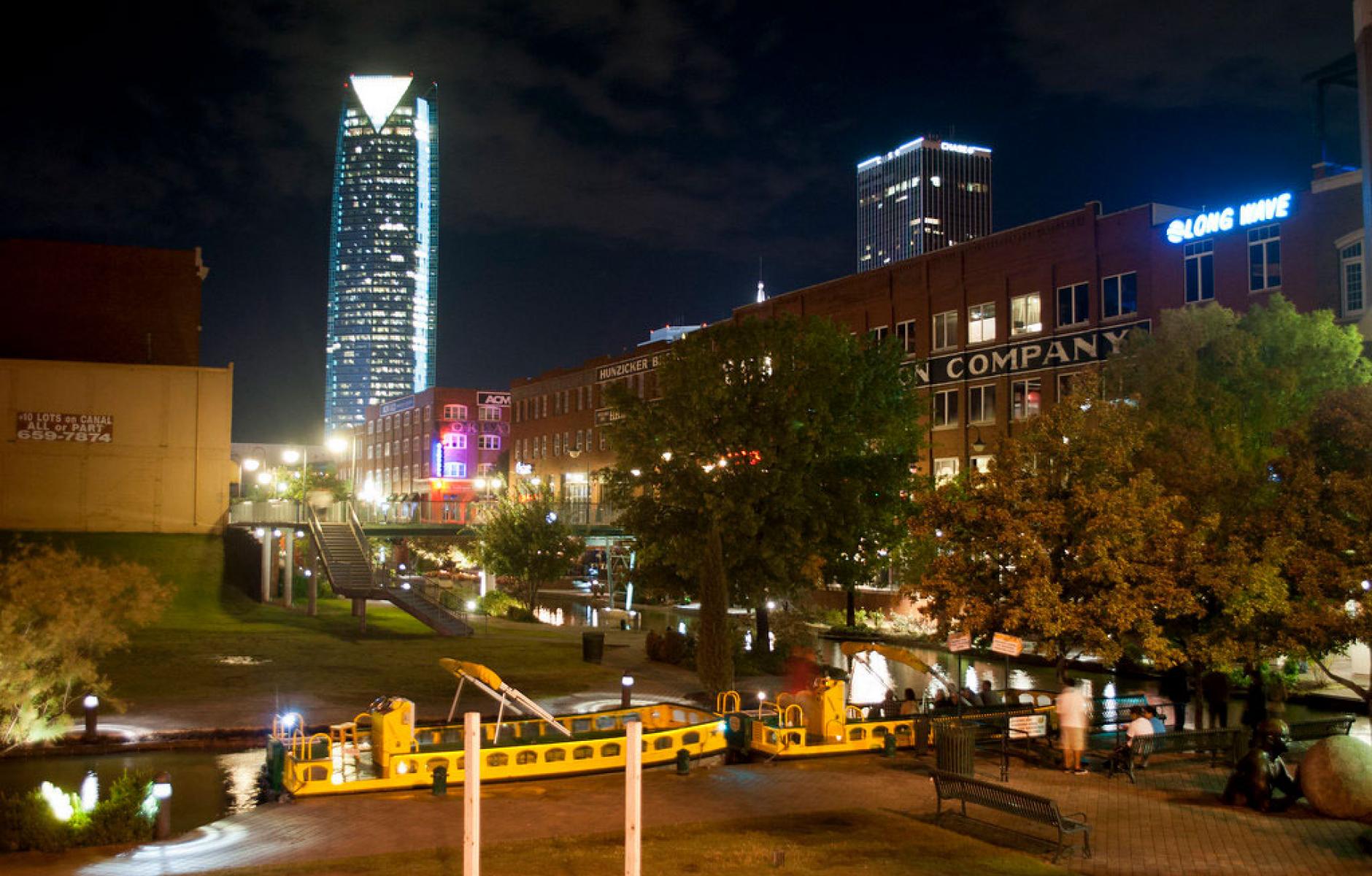 A new era of people-oriented infrastructure

We have been investing in automobiles, at the expense of people, for too long. The story of Oklahoma City indicates that change is possible, because the dialog is shifting.
ROBERT STEUTEVILLE   &nbspMAR. 31, 2022

“You are winning,” says Christopher Coes, principal deputy assistant secretary for transportation policy at US DOT, told the CNU 30 audience in Oklahoma City last week. “The argument for more connected, livable communities, is resonating on the left and right, on the national level and on main street.”

Coes, a leader at Smart Growth America for many years, explained that the recent $1.2 trillion infrastructure bill represents a big shift towards public transit, main streets, and disadvantaged communities.

“We have to center our investment around people,” he says. “We must do it differently—from a climate and equity perspective. The issue is how make local communities thrive.”

If you travel America, or even take a tour on Google maps, it’s hard not to conclude that we have been investing in automobiles, at the expense of people, for too long. Our infrastructure burns far too much carbon and often has a negative effect on local communities.

Charles Marohn, founder of Strong Towns, had a dialog with Coes and provided a more local perspective. There is no way that the nation can pay for the maintenance on all of the highways that suburban “Stroads” that we have built over the last 70 years, Marohn says.

“We need to do something fundamentally different,” he says.

Communities must align their priorities horizontally, to the needs of citizens, rather than vertically, to the schemes of Wall Street and state and federal government, Marohn says.

The new transportation bill is more aligned with community needs, Coes responded. “The resources are there. The question is, can you partner with local communities to make it happen? Can you close the deal?”

The host municipality, Oklahoma City, provides an example of the benefits of people-oriented infrastructure spending. A session with the city’s current and former mayors, and planner Jeff Speck, told how Oklahoma City shifted its spending from cars passing through, to people in, the city’s downtown in the last two decades.

The city is a sprawling, one of the largest in America geographically, with many miles of conventional suburban development around its core. But a few decades ago, the core itself was hollowed out and unappealing, with a one-way system of too-wide streets and little to do.

“There was no retail, no restaurants—one hotel, and it was struggling,” says former mayor Mick Cornett. “If you lived in Oklahoma City’s downtown then, you were probably in jail.”

After losing a bid for United Airlines, despite showering the company with incentives, because its leadership would not move to Oklahoma City for any price, the city changed course and realigned its infrastructure to promote livability downtown and in nearby neighborhoods.

The city took an abandoned warehouse district, added a canal like San Antonio’s Riverwalk, and created a tourist destination that is also generating residential development. Through small dams, it put water in the Oklahoma River, which was so low before that that it had to be mown twice a year. The city changed it’s one-way street system to improve the public realm and also invested in parks.

“If your core is dead, the entire city suffers,” says Cornett. “The core is alive, we can always do better, but there is no city in the history of America that has come as far as fast.”

In many communities, it may be hard to see a change in America’s infrastructure priorities. We still seem to be building highways and far-flung subdivisions. The state and local DOTs haven’t always gotten the message. But the shift in dialog and attitude that Coes describes is also real.

At such times, there is much greater chance for breakthrough. CNU members have the skills to envision how cities and towns can be transformed through connected, people-oriented infrastructure. When Oklahoma City was ready for the message, in 2008, Jeff Speck presented a plan that has helped to transform the city.

We may be conditioned to losing fights with the DOT. But it is critical that we do the work on the ground—now more than ever. This time, it may be aligned with the funding and political winds. The dynamics have changed.