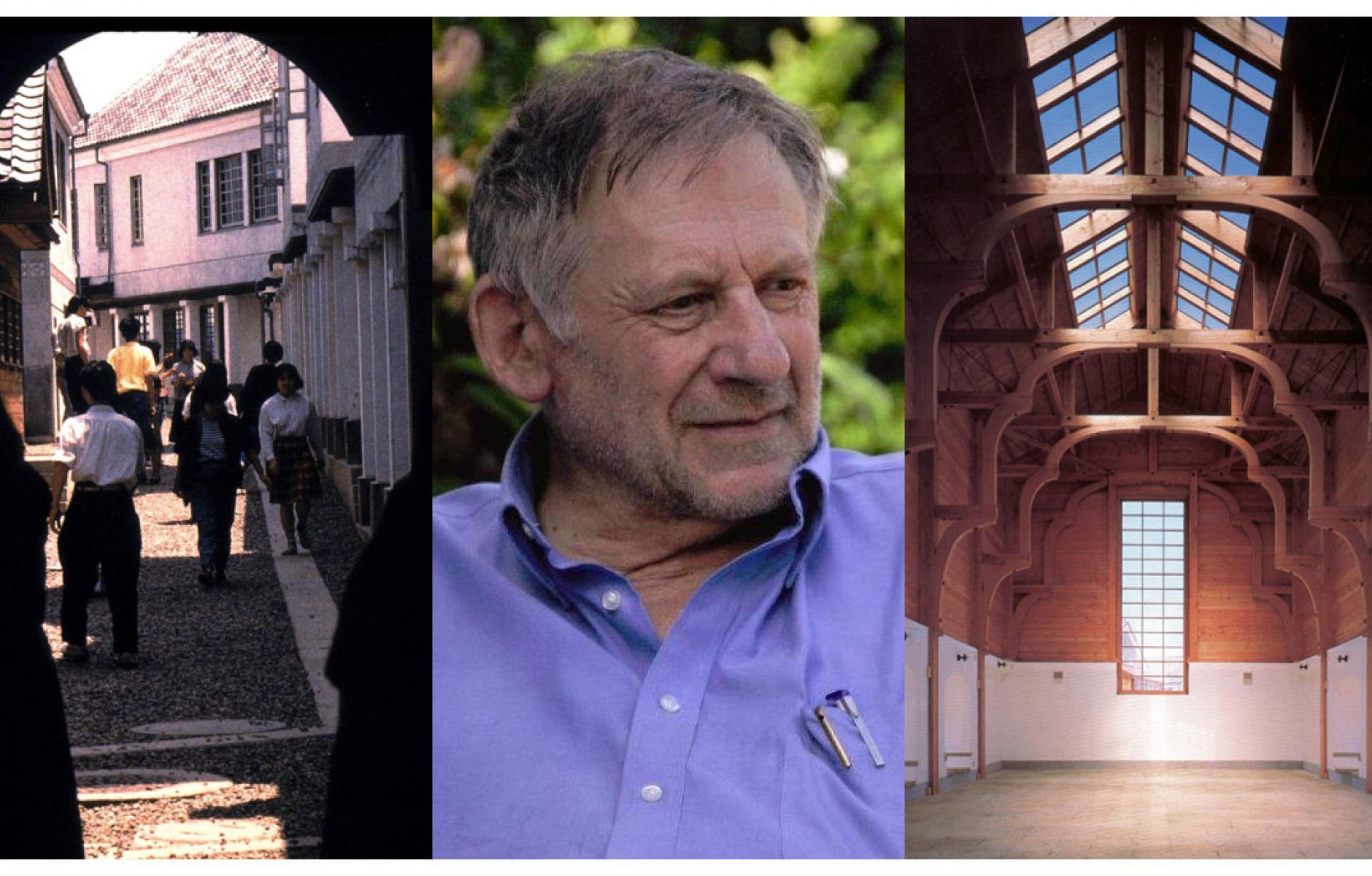 Christopher Alexander circa 2012, with a street and a building he designed at the Eishin School campus near Tokyo, Japan.
Design

Christopher Alexander, a towering figure in architecture and urbanism—one of the biggest influences on the New Urbanism movement—died on Thursday, March 17, after a long illness, it was reported by Michael Mehaffy, a long-time collaborator and protege. Alexander was the author or principal author of many books, including A Pattern Language, one of the best-selling architectural books of all time. He is considered to be the father of the pattern language movement in software, which is the idea behind Wikipedia. In 2006, he was one of the first two recipients, along with Leon Krier, of CNU's Athena Medal, which honors those who laid the groundwork for The New Urbanism movement.

In 1965, Alexander wrote a much-cited essay, A City Is Not a Tree, one of the earliest and most trenchant critiques of the dendritic, sprawl pattern of city planning and development. Other works include The Timeless Way of Building and A New Theory of Urban Design. Alexander was more than a theorist: In 2006, when he was awarded the Athena, it was reported he had designed and built more than 200 buildings around the world. In 2012, his The Battle for the Life and Beauty of the Earth, tells the story of a school campus in Japan that was designed and built using the principles that he articulated (see photo at top).

He was Emeritus Professor of Architecture at the University of California, Berkeley. He founded the Center for Environmental Structure in 1967, and was President of that company for many decades.

Alexander was elected fellow of the American Academy of Arts and Sciences in 1996, was a fellow of the Swedish Royal Society, and has been the recipient of innumerable architectural prizes and honors, including the gold medal for research of the American Institute of Architects, awarded in 1970.

Alexander's work, life, and influence was remembered at CNU 30 in Oklahoma City, which took place March 23-26.