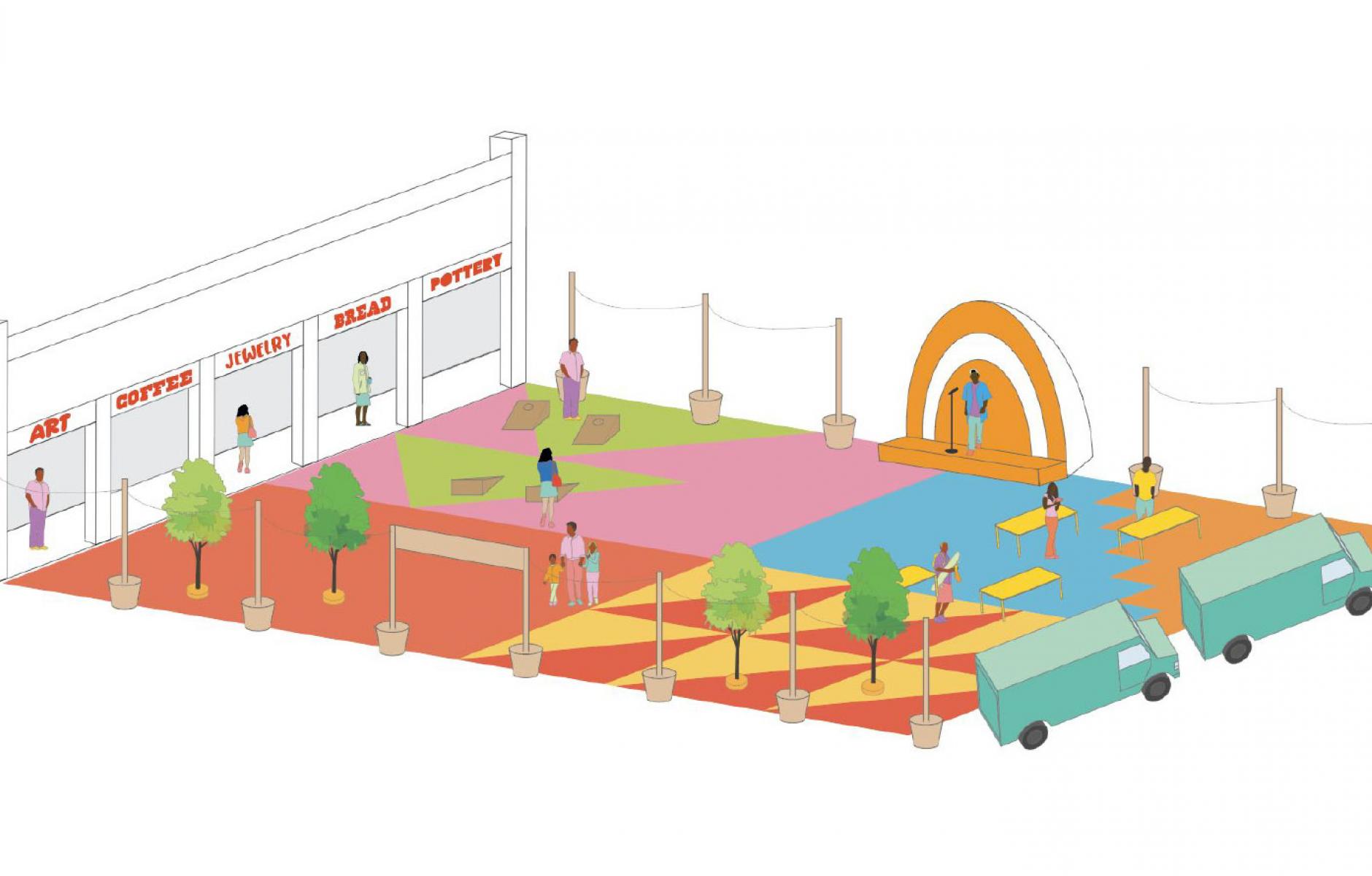 The diverse Global District is the focus of a tactical event and long-term planning to promote main street character in a sector of strip malls and arterial roads.
ROBERT STEUTEVILLE   &nbspFEB. 2, 2022

How do you create a community that will function as a traditional “main street” when there is no physical main street? That is the question to be addressed by a CNU Legacy Project that will take place in the first week of March in Tulsa, Oklahoma, in advance of CNU 30 in Oklahoma City.

The immediate task is to create a temporary “square” in the Global District, an entry point for Hispanic, Vietnamese, and a growing number of Chinese immigrants coming to Tulsa over the last 20 to 30 years. The commercial district has about 200 businesses, including “international grocery stores, restaurants, auto repair shops, tax and insurance businesses and everything in between,” notes Tulsa’s Channel 6 news.

The city recently established the Global District as a new nonprofit affiliate of Main Street America, one of 1,200 such groups nationwide. That new name and organization looks to increase awareness among Tulsans of the district, while providing a vehicle for organizing and making improvements to the area.

The district has the culture and business activity of a diverse main street, wrapped in a mid-20th Century box of strip malls, parking lots, and arterial thoroughfares sometimes called “stroads.”

The Legacy Project is a collaboration of the Global District organization, the city, the urban design firm Yard & Company, CNU, and community partners. Legacy Projects take place in advance of CNU’s annual Congress, to be held March 23-26 this year. They offer a way for the Congress to leave an enduring mark on the host city and region (Tulsa is located about 100 miles from OKC). The designs are led by nationally recognized urban design firms and sponsored by local organizations.

Among the visions in Tulsa is to create “a more walkable and connected Global District that has ‘central places’ for gathering and experiencing all that the district has to offer,” according to Yard & Company.

The team has worked to include a wide range of community members and groups. “Community engagement is crucial to the event so that we create something that people in the community see themselves reflected in,” says Luisa Krug, the Global District director. During the main event, scheduled for March 5, one goal is to make sure that the entertainment includes a mix of Hispanic and Asian cultural influences, reflecting the district as a whole.

The physical challenge is substantial, as the Global District is centered on 21st Street and Garnett Road, both thoroughfares with six lanes at the intersection. The district is physically divided into four quadrants. “It’s not a park once environment,” says Joe Nickol, urban designer with Yard & Company. “There are significant thoroughfares that create the four quadrants. You need to get in a car to get from one to the other.”

One big idea is to create a “loop” around the district, a route for pedestrians to traverse the four quadrants. This loop would have gathering places along the way. “There’s all of these businesses,” in the Global District, Nickol says. “They could be connected by pedestrian network that bridges the four quadrants, and also provides that Main Street that is so sorely missed.”

Such a loop would comprise one step toward the long-term goal—better connections for the district and a stronger sense of identity. That wouldn’t preclude more substantial changes to the physical infrastructure. Both 21st and Garnett are likely to remain major thoroughfares, and 21st is slated to get a bus rapid transit line. Nevertheless, “they can get better, more pedestrian-friendly buildings and development to become more walkable and bikable—that’s still possible,” Nickol says.

The Legacy Project will kick off on March 3-4 with the construction of the square, in a parking lot near the Nam-Hai market, in the district’s southeast quadrant. The main event will last for five hours on the following day. There are public meetings scheduled to develop a “community operations framework” and a “12-month road map.” The Nam-Hai square will be designed to be disassembled and reassembled for regular events, to keep the Global District momentum going.

“I think it will be important to show small progress while also working on larger infrastructure projects,” says Krug. “If we're getting people excited about small improvements, it will improve our opportunities to advocate for larger scale investments like better sidewalks and lighting. Also, small projects will help us show property owners the benefits of investing in their properties.”