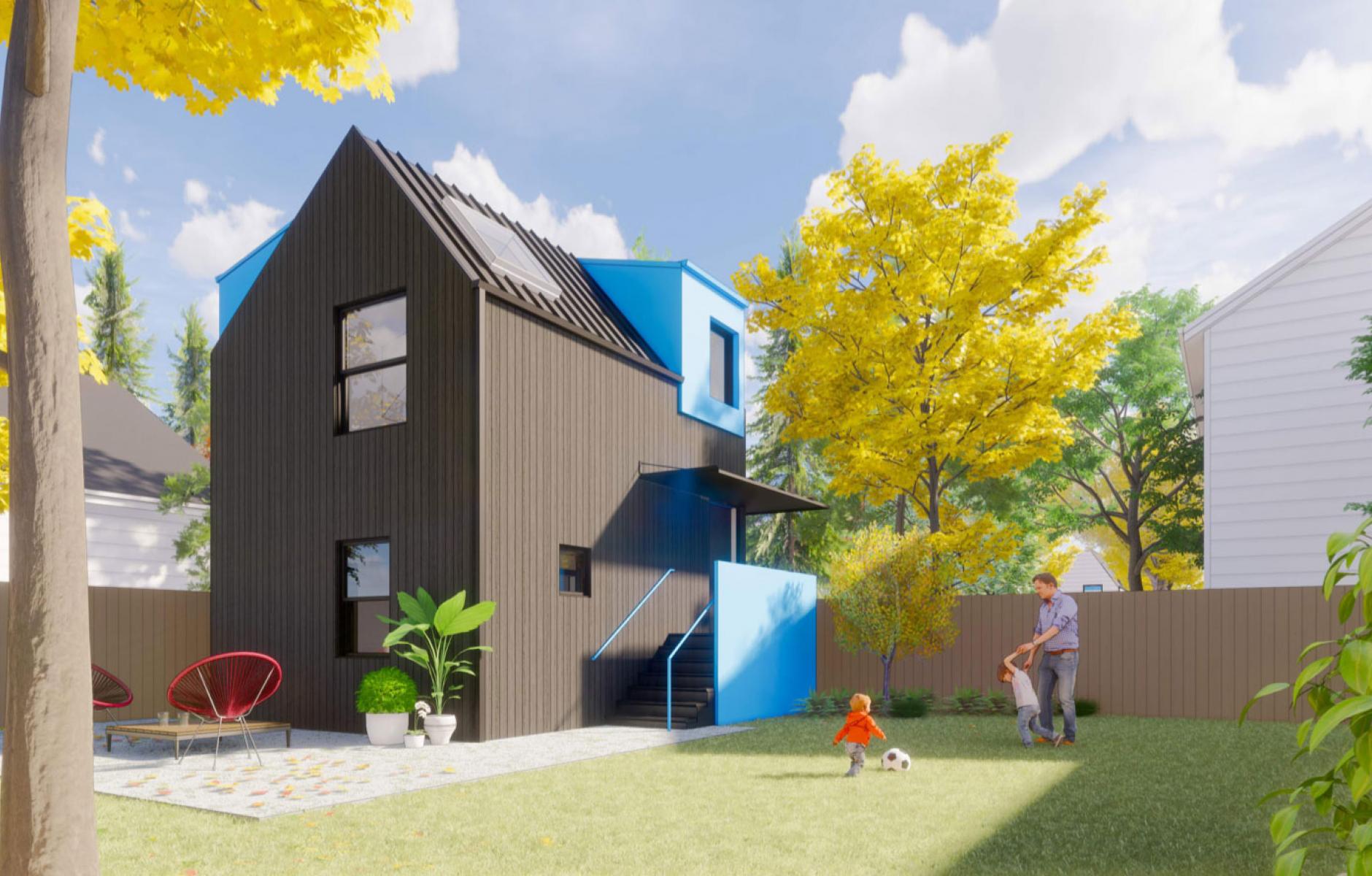 One of the pre-approved ADUs available in Seattle, designed by Yes Architecture.
Missing middle

Seattle, which adopted one of the nation’s most progressive accessory dwelling unit (ADU) ordinances for cities, has taken this idea a step further by streamlining plans and designs that work.

In late 2019, Seattle approved an ordinance that allows up to two ADUs on single-family lots, which make up the majority of lots in the city. Simultaneously, new houses are limited to 2,500 square feet, which means that it is attractive to build an ADU rather than tear down an old house and build a McMansion that takes up most of a lot.

More recently, the city made it easier for homeowners to build these units with good design by offering pre-approved plans that are inexpensive to purchase from different architects. The city calls ADUs “backyard cottages.”

Ten basic ADU designs have been pre-approved. Many have multiple configurations, which amount to dozens of different designs. These can be further individualized with materials and color.

The pre-approved ADUs could face an alley, or just be placed in the backyard with access from the front, depending on the situation. Seattle has alleys, but not everywhere. Many of the units are designed for either condition.

The plans cost about $1,000 each—an attainable fee for most homeowners. That fee comes with the assurance that the plan is approved by the city, which demystifies the process for people who have never built anything.

The sizes of the plans range from 288 square feet to 1,000 square feet. Most are from 500 to 600 square foot. Some of the units are single-floor horizontal, and others are more vertical. One unit sits on a 300 square foot base, but has two floors and a loft space. There are efficiency units, and one- and two-bedroom plans.

Most of the units have a somewhat modern style, but that is common in the Pacific Northwest.

The idea of a municipality offering pre-approved plans for small-scale infill development offers potential for revitalization of communities of all sizes. The Seattle pre-approved ADU plans are conceptually similar to Pattern Zones, where urban houses of various types are pre-approved for specific areas of a city.

New urban architect Brian O’Looney, author of Increments of Neighborhood, says that pre-approved plans for varied building types have the potential to change how the public thinks about infill development. Such policies address design from a typological point of view.