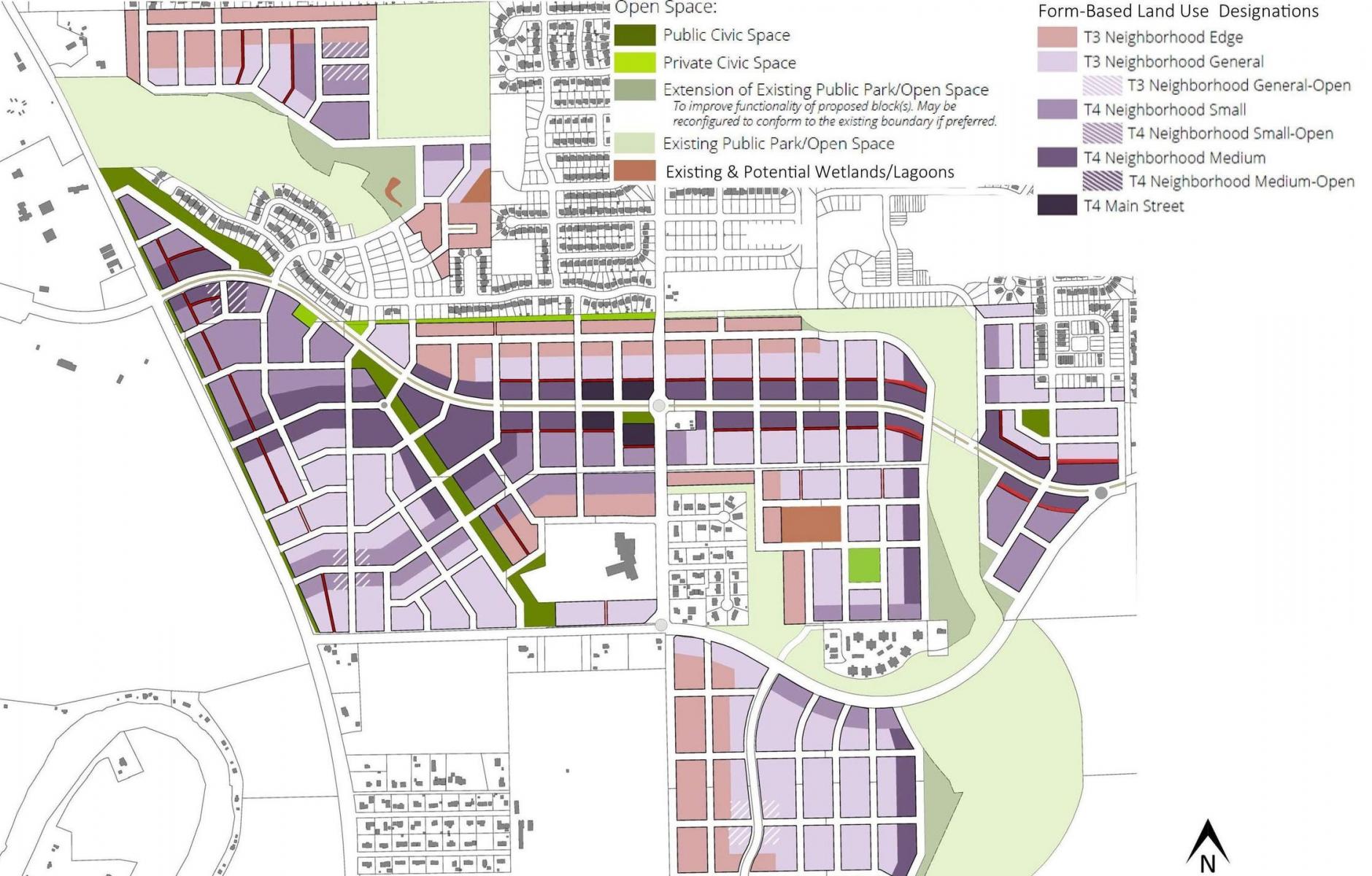 Update: The South District plan and code were adopted by City Council October 5.

Iowa City, Iowa, is moving to adopt a form-based code on a 900-acre district on the southern edge of town (see regulating plan above). The area is adjacent to a suburban ring of development that has surrounded the core of the city (population 74,000). The form-based code would re-establish a modified grid of streets and compact mixed-use development, effectively legalizing walkable neighborhoods in an area of 1.4 square miles.

The South District form-based code, as it is called, has been in the works for two years. It has been approved by the city’s Planning and Zoning Commission and is headed for discussion by City Council this month. The planning consultant is Opticos Design of Berkeley, California. The District includes existing rural roads, one of which is planned to include a two-block Main Street. The regulating plan shows two modern roundabouts to calm traffic on these thoroughfares, one adjacent to the proposed Main Street zone.

The South District is a new growth area, as opposed to codes that govern redevelopment of historic urban fabric. The South District plan is aimed at creating more sustainable future growth. Few people now live in the 900-acre area, which is mostly flat, agricultural countryside, typical of Iowa. But existing suburban residents, mostly to the north (see existing houses in the plan) will see potential positive and negative impacts, according to a news report. The plan shows street connections to the existing suburban housing areas.

The commissioners believe that the code “could be a boon for affordable housing, population growth, and development in the South District.” Development from the code may take years to realize, because the code first needs approval from city council, and then the city will wait for private development proposals to come through. The form-based code could be a model for regulation of future annexations of land into the city, officials say.