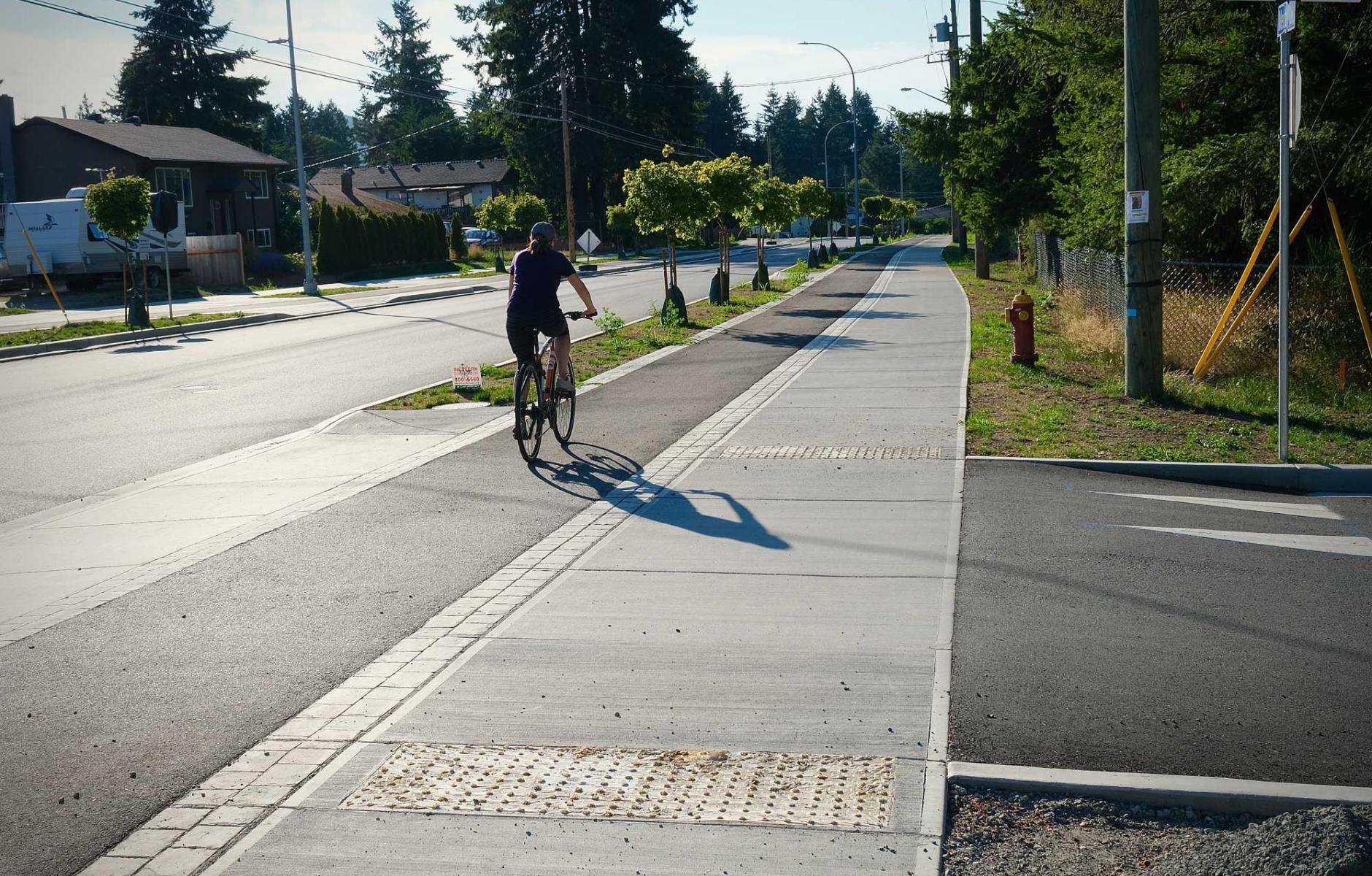 Local street intersection looks like a driveway on the Metral Drive complete street project in Nanaimo BC. The street is narrowed and rises to meet sidewalk. Courtesy of Roy Symons.
Got A Minute

Where sidewalks and bike paths have priority

Continuous sidewalks and bike paths cross intersections so that local streets are no more disruptive than a typical driveway.
ROY SYMONS   &nbspJUL. 29, 2021

The City of Nanaimo, British Columbia, and ISL Engineering have been working for the last two years on new engineering standards and a complete street design guide. To showcase the standards, the City has implemented a complete street project on Metral Drive. A standout feature of the new standards are the inclusion of Dutch-style continuous sidewalks and bike paths where the collector street passes a local street.

Historically, at local street intersections, there was rarely a separate bike facility and maybe not even a sidewalk in some neighborhoods. If the sidewalk did exist it would ramp down to the road and back up to the sidewalk. While pedestrians had priority, everything about the design was optimized for vehicles, their vehicle path remained consistent and people walking would cross it rather than the other way round. Such designs are common in most places around the world, except maybe the Netherlands and a few other European cities. Some cities have prioritized the pedestrian by providing raised crosswalks, but the curb radii and pavement materials, even the presence of crosswalk markings indicate to a pedestrian that they’re entering the vehicle realm.

Nanaimo’s local street intersections going forward will do it differently. By designing continuous sidewalks and bike paths, the design prioritizes vulnerable road users rather than vehicles. For the pedestrian, cyclist or those rolling by other means, there is a consistent experience when passing local street intersections, so much so that they become no more disruptive or apparent than a single-family driveway. By providing a consistent treatment the design clearly identifies priority for people over vehicles, and the change in grade for vehicles combined with the narrower entrance to the local street slows them down to a speed that will reduce the likelihood of collisions and certainly the severity if there were to be any.

The design will transform the active transportation experience on this corridor initially, and across Nanaimo as more projects are implemented. We hope it will catch on more widely in North America too. 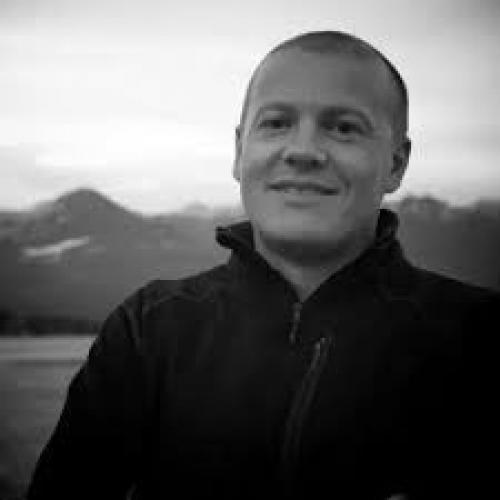