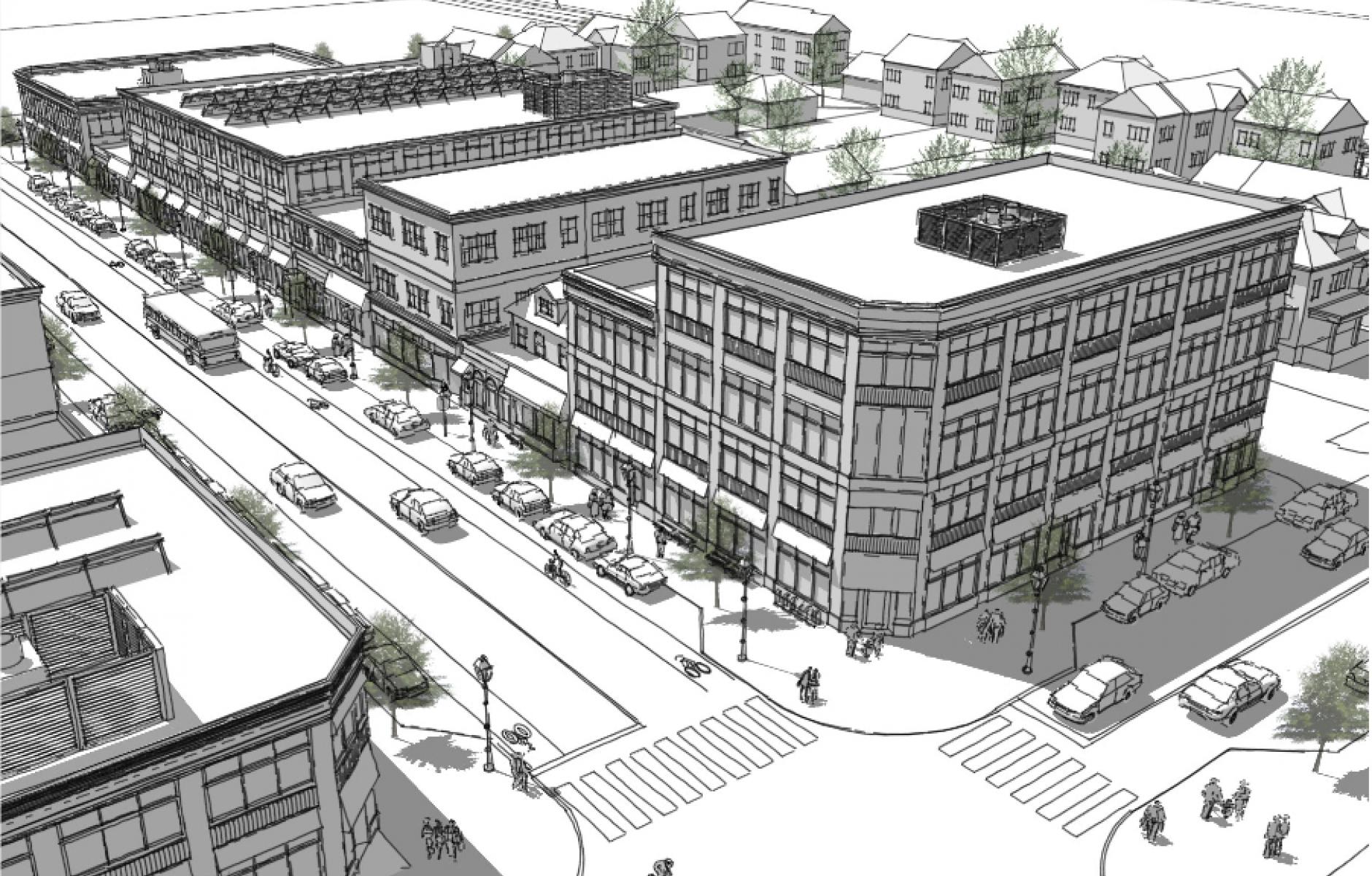 An image from the Buffalo Green Code.
Research

Form-based codes have significant benefits, the question is whether these benefits are distributed equally.
ROBERT STEUTEVILLE   &nbspJUL. 19, 2021

Form-based codes (FBCs) do not appear to lead to gentrification and they are associated with higher levels of multi-unit structures, according to a research paper by University of Chicago professor Emily Talen.

In “The socio-economic context of form-based codes,” Talen notes that research has showed positive FBC impacts on physical and environmental well-being, but that questions remain on whether benefits are equally distributed and lead to more diverse, dense physical environments.

FBCs have become increasingly popular in the last decade, with Miami, Florida, becoming the first major city to adopt one in 2010, “followed by Denver, Colorado,” Talen writes. “Other large cities with recent FBC adoption include Buffalo, Dallas, and San Diego.” Talen’s study looked at 1,079 US Census tracts at least partly governed by a FBC, and compared these with 36,685 “non-FBC” tracts.

“Overall, then, the results suggest that, as of yet, FBCs have not translated to a picture of gentrification and White affluence,” writes Talen, who is also an author and CNU board member.

Talen looked at FBCs in both urban and suburban locations. Both types of tracts with these codes were associated with higher density and living unit diversity. “Two variables were consistently higher for FBC tracts in all time periods and both locations: percent rental units and percent high density housing unit (units in structure with 5 or more units). Interestingly, unit type diversity was significantly higher for FBC tracts in suburban locations only, and in all three decades. Unit type diversity was not different in urban locations.”

However, there has been little change in density and unit diversity, compared to non-FBC tracts, with the exception that suburban FBC tracts are gaining density. The size of census tracts (averaging 4,000 residents nationwide) may pose difficulties in detecting changes in unit diversity. Development in a census tract with many kinds of housing in separate pods may look the similar, from a data standpoint, as a tract with a finer-grain mix of the same units. Talen notes that more study is needed.