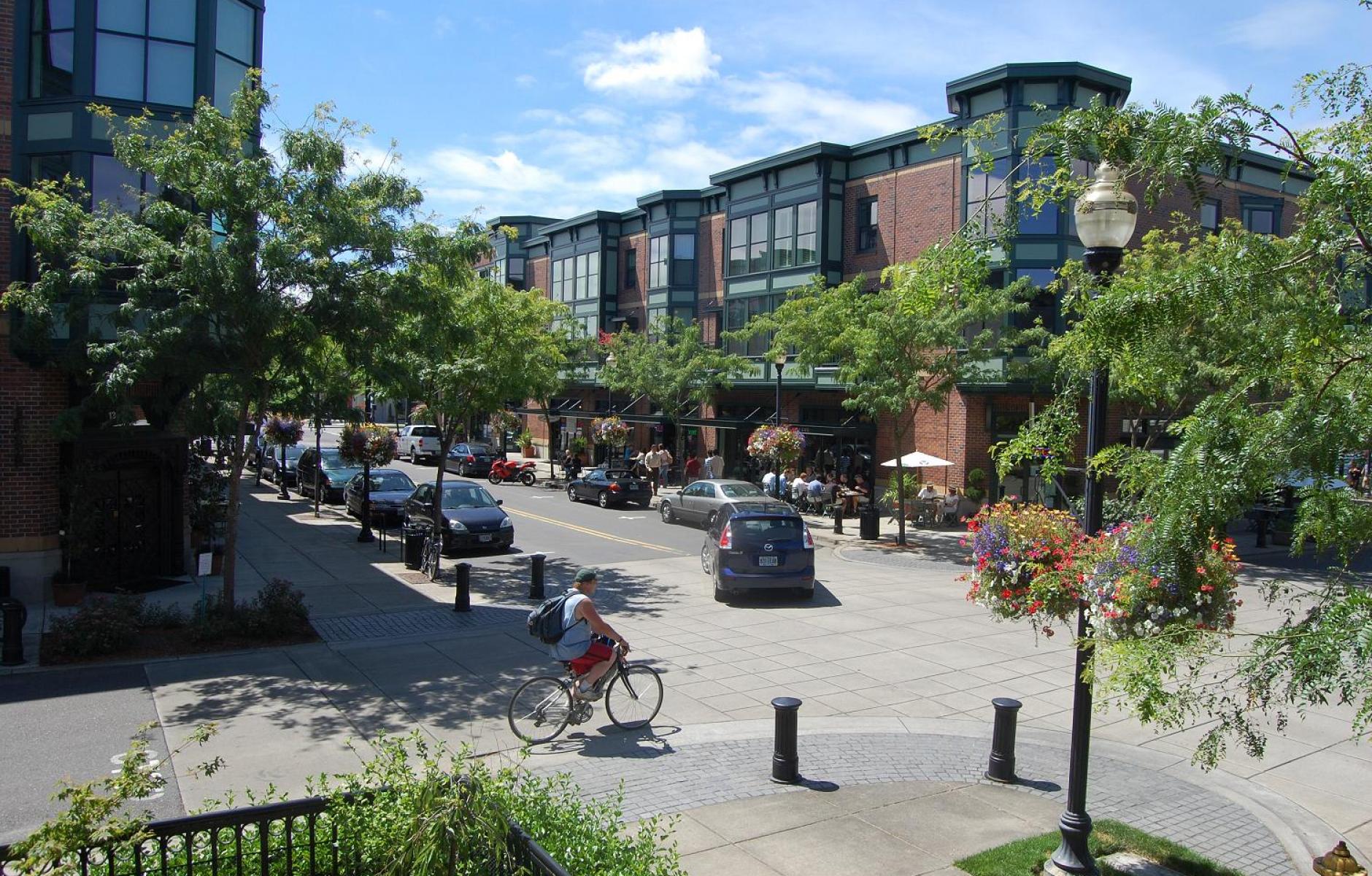 A 25-year laboratory of suburban transformation

I first visited Orenco Station in 2000, when it was one of the most talked-about transit-oriented developments (TODs). Back then, few prominent TOD examples existed anywhere in the US. Now they are much more common.

My impression of Orenco was that of decent New Urbanism, but not good TOD. Arriving by transit in Hillsboro, a western suburb of Portland, I walked a quarter-mile of empty space before I arrived at the development.

I understood that more development was to come, but it seemed like a faraway dream. Would this suburban example of New Urbanism ever be fully connected to transit? Would it work as a place? In the last two decades, that question has been definitively answered. Arrivals and departures at the Hillsboro station do so in urbanism as dense and lively as many a compact big city neighborhood.

The 150-acre new neighborhood is now one of the biggest and most fully realized examples of TOD in the US. Orenco has a wide range of civic sites and buildings, including public parks, a neighborhood post office, an adjacent church, two adjacent schools, and the light rail station. It is also adjacent to major employment, an Intel microchip factory that has been there since the 1980s. The population is close to 5,000, with shops, restaurants, and other businesses including a grocery store. It is a good example of a “15-minute city” in a suburb.

As someone who has watched this project since its inception, it’s great to see this project completed on schedule in 2018 and maturing, with a nice canopy of trees. Those of us in the business of urbanism know that it takes a generation to build something meaningful—but when a significant increment is complete, it can serve people for centuries.

And yet the completion of Orenco has more relevance than that, according to Michael Mehaffy, former project manager and one of the development’s driving forces. “To put it colloquially, Orenco Station ‘got it done’ to a level that is still too rare,” Mehaffy says. “Orenco Station is not only an individual TOD development, but a notably successful part of a larger regional ‘polycentric’ planning effort.”

A key strategy of the Portland regional approach has been to rezone land adjacent to light rail stations to create new mixed-use, transit-oriented development. “In several prominent cases, the station areas have been designated as mixed-use town centers, following the New Urbanist program of well-connected, pedestrian-friendly streets and a diverse mix of housing, retail, and civic uses,” he says. “Orenco Station emerged as the most prominent laboratory in that regional experiment, in part because it offered a (remarkably successful) real-world test of a great many specific aspects of that program.”

Among the achievements in Orenco, according to Mehaffy:

All of this validates Orenco Station as a proving ground of suburban transformation. “Orenco Station has shown that major shifts are possible within sprawling suburban locales, to create market-facing, appealing, and successful new models of walkable mixed use,” Mehaffy says.