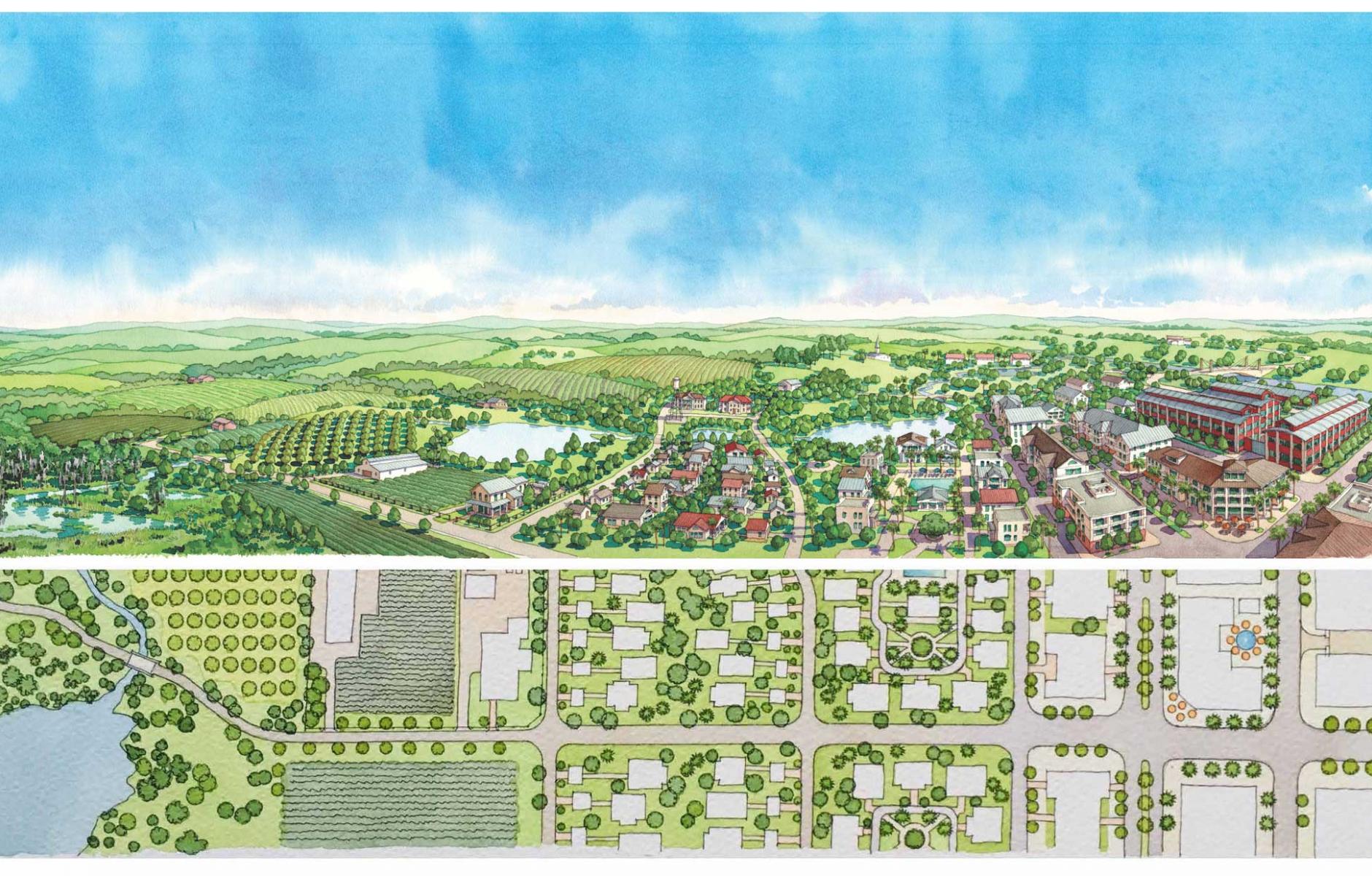 Groveland, a rapidly developing small city 30 miles west of Orlando, Florida, adopted a plan and code that included the beautiful Transect diagram shown above. The mostly still-rural community, which nearly doubled in population last decade, adopted the new regulations during the pandemic after a little over a year of deliberation.

“The code is designed for clarity and ease of use, and encourages the creation of places that are full of natural charm, local character, and pedestrian-friendly in scale,” notes Stringfellow Planning & Design, which worked with the city on the project. “The code encourages the construction of neighborly buildings that are pleasing in scale at appearance. The code encourages predictable built results and a high-quality public realm by using physical form (rather than separation of uses) as the organizing principle for the code.”

The city’s land-use plan is designed to conserve more than 50 percent of natural land within about 53 square miles by clustering development into walkable, mixed-use Towns, Villages, and Hamlets. The City wraps around the Palatlakaha River, a 44-mile river, and includes views of one of Florida's most important physiographical features: The Green Swamp.

The concise code is 90 pages. Dozens of development projects under the new plan are currently implementing the vision. The plan and code were adopted last year after a process that gathered public input via social media, social distancing hearings, and many of emails and calls to land-owners and citizens. The city’s clear understanding of its own identity and agreement among city staff on principles of New Urbanism were also helpful, according to planner Alex Stringfellow.

“Our goal is for Groveland to become an oasis for the best planners, developers and builders in the country,” says Community Development Director Tim Maslow. “Instead of just talking about new concepts and ideas at conferences such as Missing Middle Housing, New Urbanism or Agrarian Urbanism, people will actually be able to experience them in Groveland.”