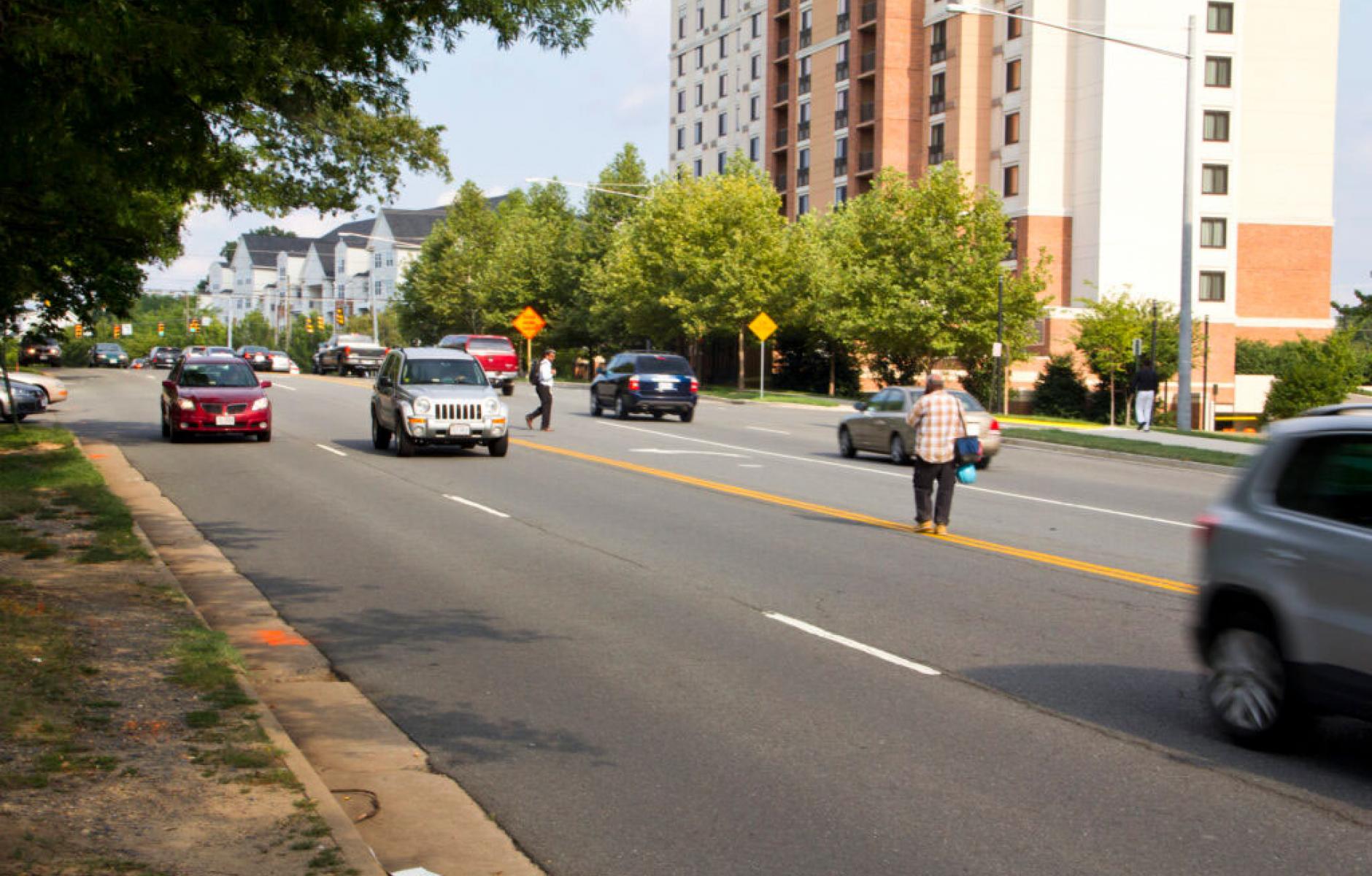 Dangerous by Design 2021 highlights the connection between roadway design and the tragic toll on people walking.
ROBERT STEUTEVILLE   &nbspMAR. 15, 2021

Findings from the sixth biennial Dangerous by Design report have been released, and the sprawling metropolitan areas of the Sunbelt are leading the way in pedestrian deaths. The 2021 report draws attention to the connection between roadway design and pedestrian injuries and death nationwide.

The most dangerous streets for pedestrians are in Florida, followed by Alabama, New Mexico, Mississippi, and Delaware. Florida has seven of the 10 most dangerous metro areas, with Orlando-Kissimmee-Sanford bearing the dubious distinction of most dangerous in the US.

The most dangerous roadways are arterials with wide, fast-moving traffic. In accidents where vehicles travel above 20 mph, pedestrian deaths rise quickly because kinetic energy increases as a square of the speed. Above 40 mph, death, or at best permanent injury, is almost certain. “State and local transportation agencies place a higher va­lue on speed (and avoiding delay) than they do on safety. It’s simply not possible to prioritize both,” says SGA.

Pedestrian deaths rose 45 percent in the last decade, but most of that increase occurred by 2016. In 2019, the last year when data was available, 6,237 people on foot died in vehicle crashes in the US. Little has improved in recent years, as efforts have focused on education and enforcement, SGA says. More fundamental roadway changes are needed, the report concludes.