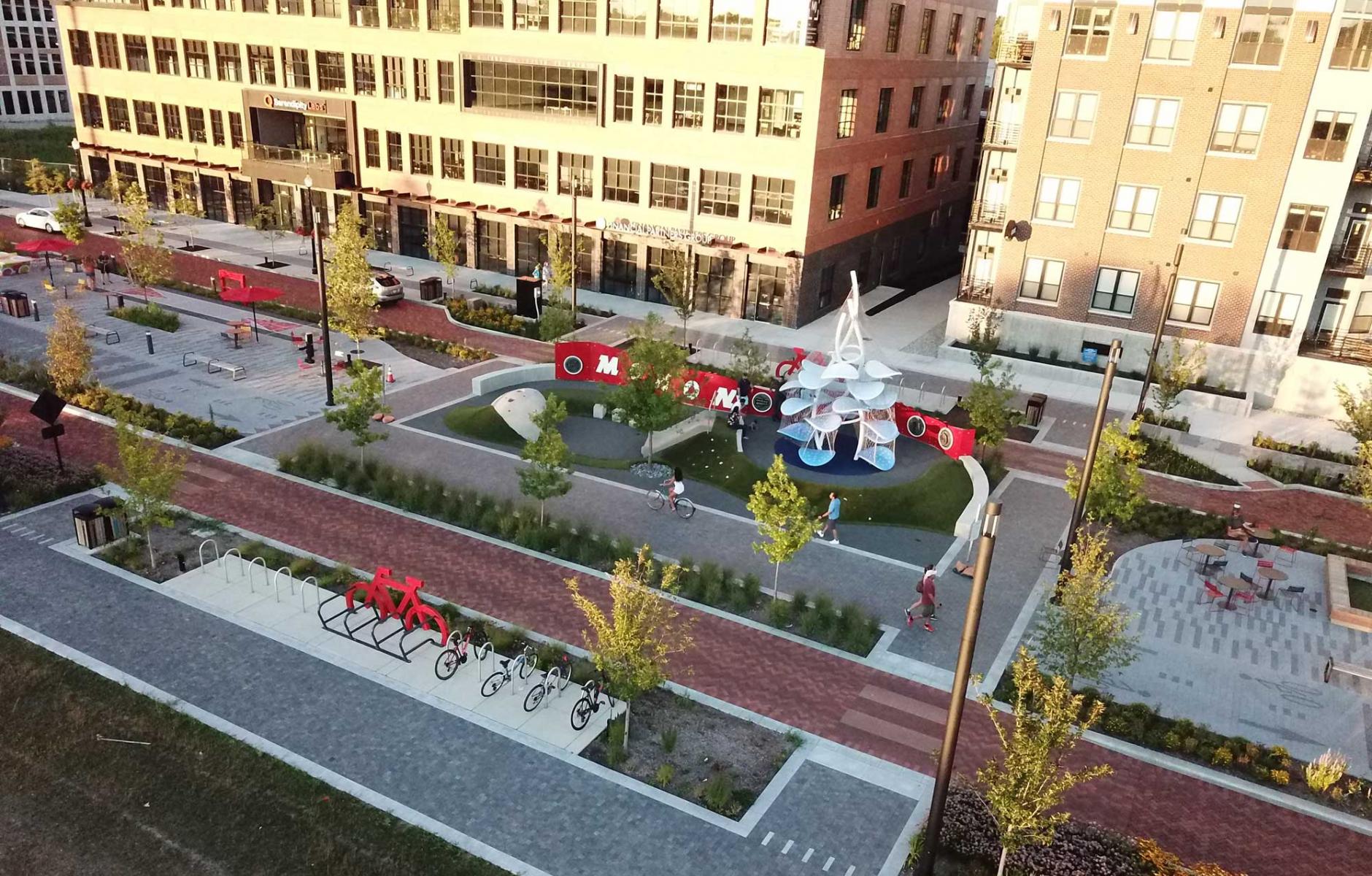 How mixed-use development can raise the tax base

Carmel, Indiana, is building a walkable downtown from scratch—and also planning to have a strong tax base for many years to come.
ROBERT STEUTEVILLE   &nbspFEB. 11, 2021

Carmel, Indiana, a rapidly growing suburban city of more than 100,000 people, demonstrates the value of mixed-use development in raising tax revenues. In a presentation to Carmel City Council in early February, Redevelopment Director Henry Mestetsky made a strong case for focusing on downtown core redevelopment projects that generate high value per acre.

With long-term vision, land assembly, and the goal of a high-quality public realm, Carmel is achieving land assessment values that are 20 times or more greater than conventional development, Mestetsky reports.

Carmel was a tiny village within a municipality of 1,000 people in 1950, and has since grown into a major suburb of Indianapolis. The city is building, from scratch, a downtown that is designed to attract major businesses and talent. The historic village and Main Street have been revitalized into an “Arts and Design District” and City Center, a half mile to the south, was built by the city as a performing arts complex. Between the two, the city is promoting mixed-use development—including new corporate headquarters that are relocating to the city.

He compares Carmel’s strategy to public private development projects in nearby municipalities of Grand Park and Deer Creek, which netted $100,000 to $1 million in assessed value using a single-use development model.

The high-value-per-acre strategy requires not only walkable urbanism, but also public-private partnership. All of the recent high-value redevelopments in Carmel needed long-term vision and land assembly that only the city could make happen, he says, due to the following reasons:

“Our focus is on the built environment,” Mestetsky says. “And that’s what generates $20 million in assessed value. That’s what proper planning gets us.”

Mestetsky’s presentation was made in the context of a $23-plus million bond issue request for land acquisition and other projects designed to improve the built environment in the city’s core. The source of the funding is tax-increment financing from previous mixed-use projects.