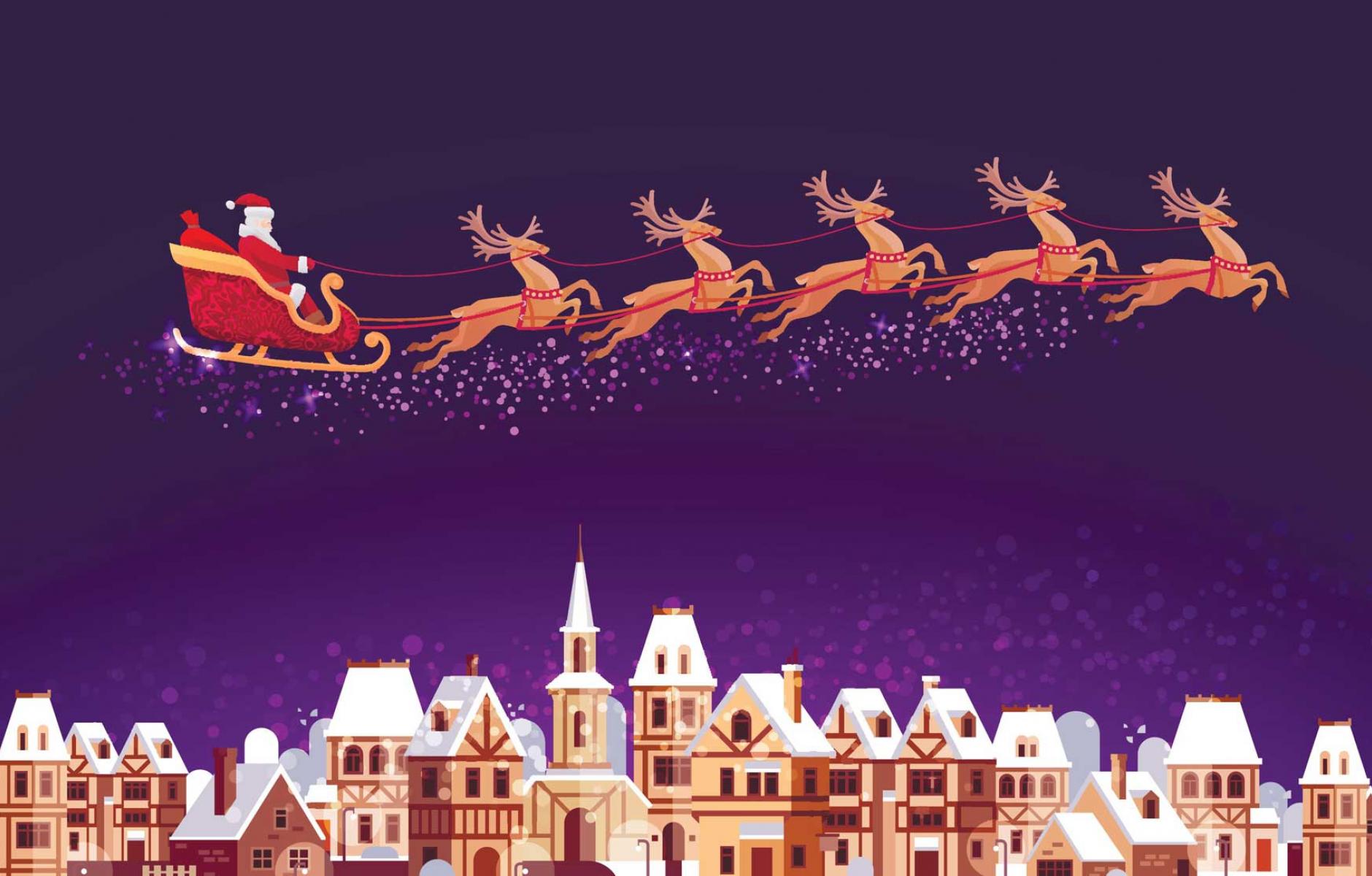 My Christmas wish: A return to street grids

As an urbanist, I ask Santa to bring America a renewed interest and understanding of the importance of street grids (more precisely, connected networks of streets with relatively small blocks). That may be a tall order for Santa, but I have been good and grids are good. This basic infrastructure lasts for centuries, is key to creating sustainable places, and helps cities and towns of all sizes.

Connected networks of streets with small blocks enable walkable and bikable neighborhoods, and they create conditions for successful mass transit. They are also good for making deliveries on sleds. Dendritic and disconnected street systems, on the other hand, are the essence and foundation of sprawl. Sprawl spreads everything out, making deliveries more difficult—as Santa must be aware.

One of the most hopeful and underreported land-use stories in 2020 is the return of the grid in American planning and development. Public Square may have been the only online publication—certainly one of the few—to report on recent research by Geoff Boeing at the University of Southern California finding a remarkable trend in urban planning over the last two decades.

What Boeing called “griddedness” plummeted in the last half of the 20th Century, but that trend sharply reversed for new development since 2000—due to market forces and planning ideas coming from New Urbanism and smart growth. Characteristics of grids such as intersection density, orientation order, 4-way intersection proportion, and average straightness of streets have risen strongly, he found.

These findings should give urbanists hope when confronted with the poor quality of the public realm in America and the vastness of its sprawl. Sometimes the task of an urbanist seems like Sisyphus rolling a boulder up the hill, only to have it roll all the way back down again overnight. We haven’t noticed, perhaps, but the boulder has not been rolling all the way down. We are making progress.

There are four ways to improve “griddedness,” according to Boeing: 1) Through suburban retrofit; 2) Through planning of large redevelopment parcels; 3) By laying down grids on greenfield sites; and 4) By locating development on historically gridded infill sites. In general, codes and design guidelines should be reviewed and revised at every level of government to enable sustainable street networks, he says.

I should explain that “griddedness” doesn’t necessarily mean rectangular blocks just like 19th Century American cities and towns. Connected street networks can take many forms, including more organic patterns and more creative layouts. The keys are high connectivity and relatively small blocks, and human-scale public spaces. An urban designer and/or city can meet those goals in an almost unlimited number of ways.

I am also beginning to notice a greater recognition of the importance of street networks in public conversations. In a recent tweet, Urban Institute Senior Research Associate Yonah Freemark commented on how the grid has become popular again with planners, especially when planning or redeveloping new districts: 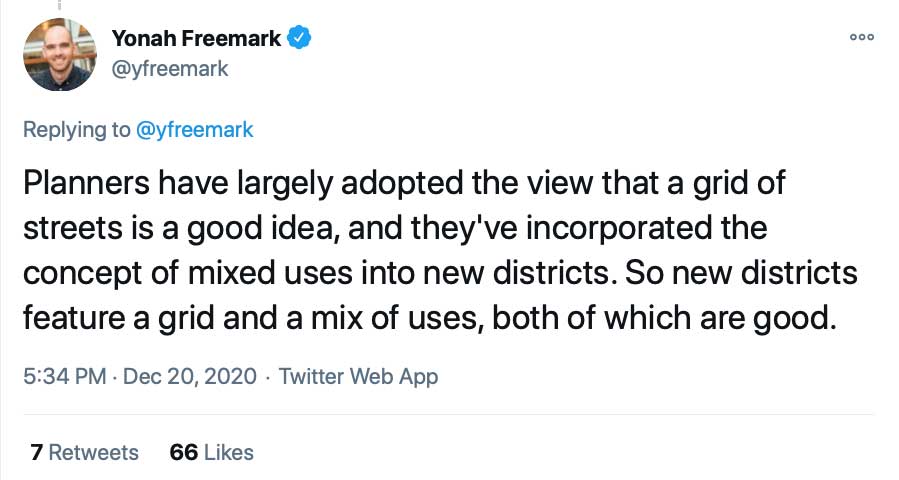 In these new districts, Freemark has observed that the grid is not fine-grained enough and the streets are too wide in many cases.

A Brookings Institute fellow wrote in more general terms about the need for walkable neighborhoods, rather than disconnected sprawl, is a key to address climate change. “Neighborhoods designed at a human-scale—ones with greater proximity between homes and destinations—lead to far shorter trips,” said Adie Tomer, a fellow with the Metropolitan Policy Program. “The problem is most of metropolitan America stopped building these neighborhoods long ago.” These walkable neighborhoods require connected street networks.

Connected street networks also improve livability, reduce fatal traffic accidents, and promote healthy communities through active transportation. And if carbon emissions are cut, that should help preserve the North Pole climate. I don’t ask Santa to deliver immediately on my request. I won’t look for a grid of streets under my tree. But I would anticipate my wish to come true over time—especially if urbanists are encouraged by current trends and become more ambitious in promoting connected street networks.