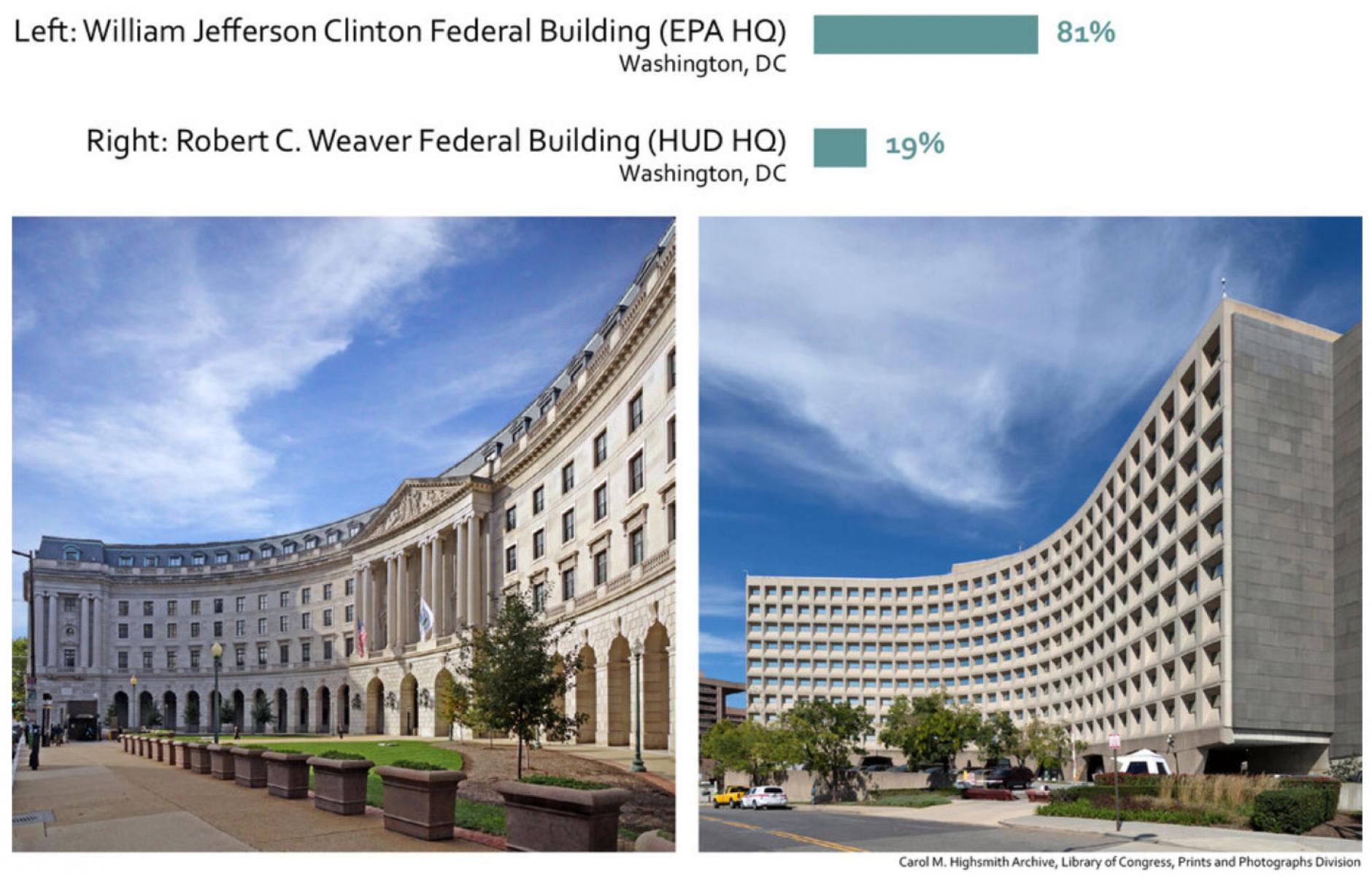 Americans prefer traditional architecture over modernist architecture by a nearly three to one in a recent national poll. The Harris Poll survey called “Americans’ Preferred Architecture for Federal Buildings,” sponsored by National Civic Art Society Survey, was released this month.

The preference seems to hold true regardless of political outlook and ideology. Democrats prefer traditional architecture only slightly less than Republicans and Independents. The building styles that fared poorly have been predominant in federal and public buildings for the last 70-80 years.

The significance of this survey goes beyond architecture style and personal taste, according to Ann Sussman, an architect, author, and biometric researcher. Sussman has coauthored Public Square articles and presented research at CNU in collaboration with Justin Hollander, an associate professor at Tufts University. Their studies examine how humans immediately react to buildings based on how we are wired neurologically.

“Essentially what this poll shows is the biology of human perception at work; modern architecture cannot provide the subliminal fixations, or focal points, the brain needs to find unconsciously to smoothly regulate and feel engaged and at home in a place,” Sussman says.

She explains: “Biometric research shows that modern buildings are harder for people to look at, focus on, move towards or even think about lingering around. While traditional architecture implicitly invites connection, modern does the opposite, promoting disconnection and anomie. What’s striking about biometric studies, like eye-tracking, is you get to see how the architectural experience begins subliminally, or unconsciously in fractions of a second; without your awareness. They reveal how the human brain is hardwired to make people look away from blank facades, or ones with repetitive parallel lines, and favor ones with the bilateral symmetry and organized curves and complexity traditional facades provide worldwide throughout time.”

In the poll, Brutalist architect fares the worst. Some modern architecture performs better than others. The Newport News, Virginia, courthouse below right did the best (42 percent), perhaps because the building's entrance is easy to find, it relates to the street well, and the facade includes human-scale parts. Most respondents to the poll wouldn't think in these terms—it is likely the building just makes them feel more comfortable than some of the other examples, like the relentless Robert C. Weaver Federal Building at top right of this article. 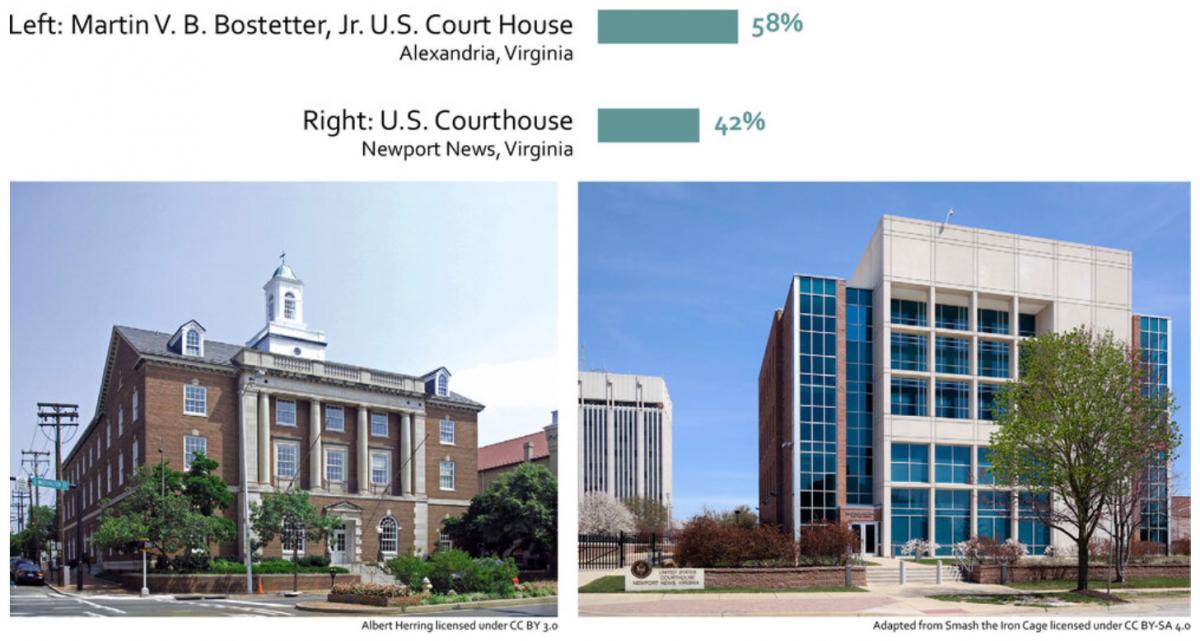 The New Urbanism is agnostic on architectural style, but it is important that people enjoy the public realm. Architecture impacts how people respond to public spaces, streets, and cities in general. Humans' subliminal and immediate response to architecture is part of what motives people to gather in well designed public spaces. It helps make cities and towns lovable or not.

The National Civic Architecture Society is biased in favor of classical architecture, but I can find nothing biased about the poll. The survey was conducted online by a reputable firm, and respondents were weighted for many factors including gender, region, race/ethnicity, household income, education, and other factors to align the survey to proportions in the general population. The images and buildings were carefully selected and edited to ensure visual parity between each set of example. You can see and decide for yourself.

Other studies have come to similar conclusions, such as a survey of America's Favorite Architecture in 2007, sponsored by the American Institute of Architects, and a 2020 academic survey of courthouse architecture.

The new survey raises the question: Are we designing public buildings wrong? Science now seems to be providing answers as to why humans prefer some designs over others, and common preferences cannot be waived away as ignorance. The central issue is not style, but designing buildings so that people positively respond to the architecture.