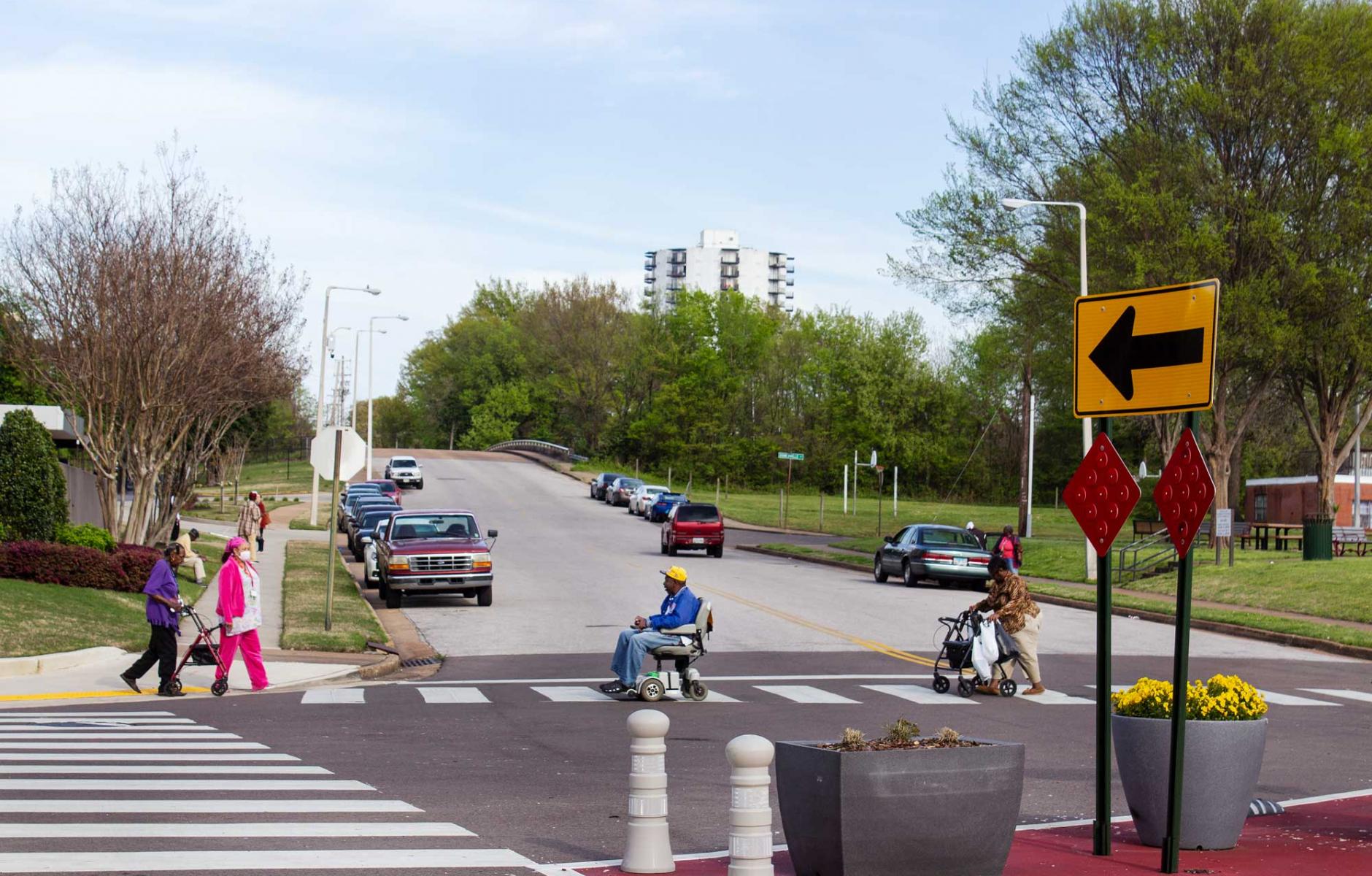 A recent photo of pedestrians at an improved intersection in the Memphis Medical District. Courtesy MMDC
Health

Investing in a city health district during the pandemic

Memphis, Tennessee, shows the benefits of having community investment and social infrastructure, supported by philanthropy and institutions, in place during a pandemic.
ROBERT STEUTEVILLE   &nbspOCT. 12, 2020

During Covid-19, the Memphis Medical District Collaborative (MMDC) has worked to keep local businesses afloat while pursuing its long-term goals of revitalization of an underserved community.

The collaborative’s 2020 activities have included a Small Business Emergency Assistant Fund, streetscape improvements, planning for a bus rapid transit and a streetcar line through the District, a range of development assistance, jobs programs, and adapting its “Clean and Green” program to the pandemic.

I’ve written about the MMDC before—regarding the unique way that it has combined new urbanist placemaking and redevelopment with social programs aimed at lifting the community up. It operates like a business improvement district (BID) and community development corporation with a strong social focus. It’s a model for health and hospital districts, which are job centers in most cities.

Although the area has plenty of heath care related jobs, the 2.6-square-mile District has languished in the last half century and it has lost most of its population. The built environment is plagued by too many parking lots and automobile-oriented thoroughfares where the workforce mostly commutes in by car. The goal is to change the physical dynamic while supporting legacy residents—so that economic and living conditions can improve with minimal displacement.

Led by CNU member Tommy Pacello, MMDC was poised to respond to the economic impacts of the pandemic. In the initial part of the Covid shutdown, MMDC pivoted to supporting small businesses that were in danger. This program has included three parts:

One example of a business that has been helped through by MMDC is Riko’s Kickin’ Chicken, run by Mariko and Tiffany Wiley on Madison Avenue, one of the major east-west thoroughfares through the District. They received emergency relief and remobilization funds, plus technical assistance, and collaborative is “exploring how they can take advantage of an outdoor dining incentive.” Another is Sundara Wellness, a relatively new yoga/acupuncture studio that is getting help around remobilization and promotions. In addition to the small business work, MMDC focused on a broad range of short- and long-term community programs—all related to the revitalization mission.

MMDC’s work during the pandemic shows the importance of having this kind of community investment infrastructure, supported by philanthropy and well-funded institutions, in place in during a public health crisis. The collaborative was able to reduce the risk of small businesses disappearing from the District. At a time when many city sectors are experiencing a lack of investment, new programs are being put in place to keep revitalization going. “We try to do is figure out where are the Zen points in the deal, where MMDC can play a role in speeding up projects,” says Pacello.