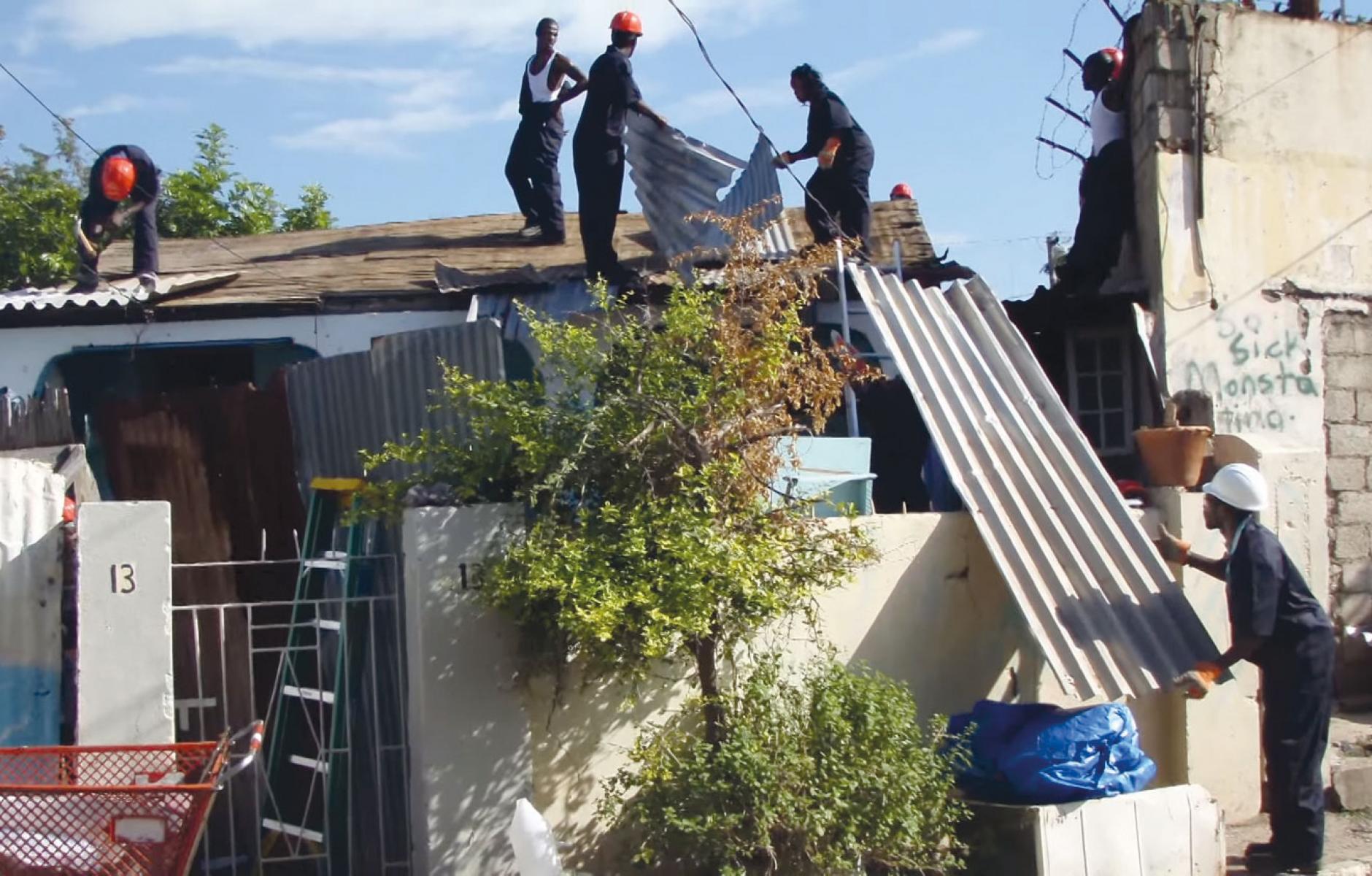 The collective power of small actions

In DIY City, the late Hank Dittmar makes the case for why small is beautiful when it comes to urban regeneration.
ROBERT STEUTEVILLE   &nbspAUG. 25, 2020

The late Hank Dittmar is one of the notable urban planners of the last four decades, with an impact on both sides of the Atlantic. Dittmar’s new book, DIY City: The Collective Power of Small Actions, his last project, is a worthy contribution to the planning literature. The book was edited and chapters were completed by coauthors after Dittmar died of cancer in 2018.

DIY City is all about the power and benefits of small-scale, incremental urbanism. It is very much in tune with the times—and the ascendant planning ideas of incremental development, Strong Towns, Lean Urbanism, Tactical Urbanism, and all “do-it-yourself” urbanism.

The book is partly a personal tale, highlighting the author’s wide-ranging interests and projects over a career that began in the 1980s. Dittmar’s first big job as a planner, at age 28, was to run a general aviation airport (It was a small airport—Santa Monica, California—but still an impressive gig for someone not long out of planning school). Dittmar had no aviation experience—he must have knocked the interview out of the park. Also surprising was how Dittmar learned his first professional lessons in incremental, Lean Urbanism while running this airport.

“I was asked to implement an uneasy truce between neighbors who wanted to close the airport and an aviation community that brandished a federal agreement stipulation that the airport remain open in perpetuity,” he explains. As part of this agreement, 43 acres of the airport were due to close and be redeveloped, while facilities were shifted to the remaining airport grounds. In the redevelopment area was a large World War II hangar used for aircraft maintenance called the Barker Hangar. The owner died, and the facility was inherited by his daughter, Judi Barker, who had to improvise to find new uses that required little capital—a common theme in DIY City.

Working with Dittmar and other city officials, Barker turned the hangar into a multiuse event space with a capacity of 2,000 (it became the venue for the Billboard Music Awards and the MTV Awards), and rented many of the side rooms to artists (“they all started painting the sky and the airplanes”). The hangar, with a 43-foot-high ceiling, is still one of the most versatile events spaces in the Los Angeles area.

Dittmar learned more lessons in small-scale urbanism in the 1990s as the director of the Surface Transportation Policy Project (STPP), a group that lobbied for implementation of the landmark ISTEA transportation bill, which carved funds out of the monolithic US highway program to sponsor community planning and 22,000 small-scale bike-ped projects across the US.

Lean housing for a population surge

One of the highlights of DIY City is a chapter, written with Scott Bernstein, on how the District of Columbia accommodated a huge World War II population surge with very little new construction, which was severely restricted to preserve resources for the war. The city’s population went up by more than 200,000 in three years—a rise of 33 percent—largely through individual efforts like taking on lodgers, building accessory dwelling units and basement apartments, creating new bedrooms in existing homes, sharing living space, and converting single homes to lodging houses.

Even “high society” people took in lodgers and became lodgers. Mrs. Henry Roosevelt, wife the late assistant naval secretary—a family member of the Roosevelts—turned her home into a lodging house and became a lodger elsewhere herself. Dormitories—single-room occupancy buildings—were also constructed. This was all done at light-speed.

“Washington, DC, in WWII offers a landmark case for urban resilience,” the authors observe. “There were three main techniques for accomplishing this objective: loosening local regulations that prohibited lodging houses and multiple occupancy, providing financial and technical assistance to property owners wishing to convert their buildings in order to accommodate war workers, and public relations efforts to erase the stigma around boarding houses and convince the public that doubling down was patriotic.”

The federal government aided this by adopting flexible financing terms, paying for housing centers to match willing property owners and job- and home-seekers, and publishing official guidance on ways to modify existing local rules. Architects were made available to advise on converting buildings in compliance with fire and safety regulations.

Local governments all over the country relaxed zoning prohibitions on multifamily dwellings and enabled property owners to register new boarding houses, usually for the duration of the war effort. Washington, DC, enacted its version in 1942. After the war, the district’s excess population quickly decanted. Were it not for DIY City, this history on dealing with a housing shortage in a lean way would remain lost in time.

After running STPP, Dittmar became a proponent of transit-oriented development and New Urbanism, and he directed the Prince’s Foundation for the Built Environment—Prince Charles’s organization—which worked internationally. The foundation’s work in Rose Town, a section of Kingston, Jamaica, helped to bring peace to warring neighborhoods and rebuild the community’s center. Dittmar’s entire career led in the 2010s to his work in the Lean Urbanism movement ("Making Small Possible"), which exists to reduce bureaucratic barriers to small-scale urban regeneration.

The need for slack

Important to Lean is the concept of “slack.” Slack (people without jobs are sometimes called “slackers”) comprises underutilized or vacant space—cheap to rent—and also untapped human or social capital. The happy combination of the two may be what makes for a “scene”—or, in the language of people like urban theorist Richard Florida, “creative capital.”

In organizations, slack may seem wasteful but has an important purpose, Dittmar says. It also exists in cities in former factories or goods yards, warehouses, and disused storefronts. “All of them are ripe for repurposing,” he writes. Slack then becomes an asset in cities like Detroit, Memphis, or Buffalo. Cities without “slack,” e.g. New York City, San Francisco, are difficult places for entrepreneurs without a ton of capital.

DIY City includes case studies from both Britain and the US on creative reuse of buildings that immeasurably improve a city. While the classic places for artists’ lofts are raw former warehouse and industrial districts, the arts can also thrive in the reuse of the midcentury highway strip, repurposing auto dealerships, drive-up storefronts, service stations and garages, and older public buildings, Dittmar notes.

“In the end, making small happen is also about many small things: appropriate regulation and oversight that correlates with scale, networks of mutual support, rethinking the role of land in cities, and once again promoting sharing and small business. It’s also about recognizing the huge gaps that have appeared in our provision of housing, in our social care, and in our job markets and seeing these as opportunities for us to do it ourselves.”