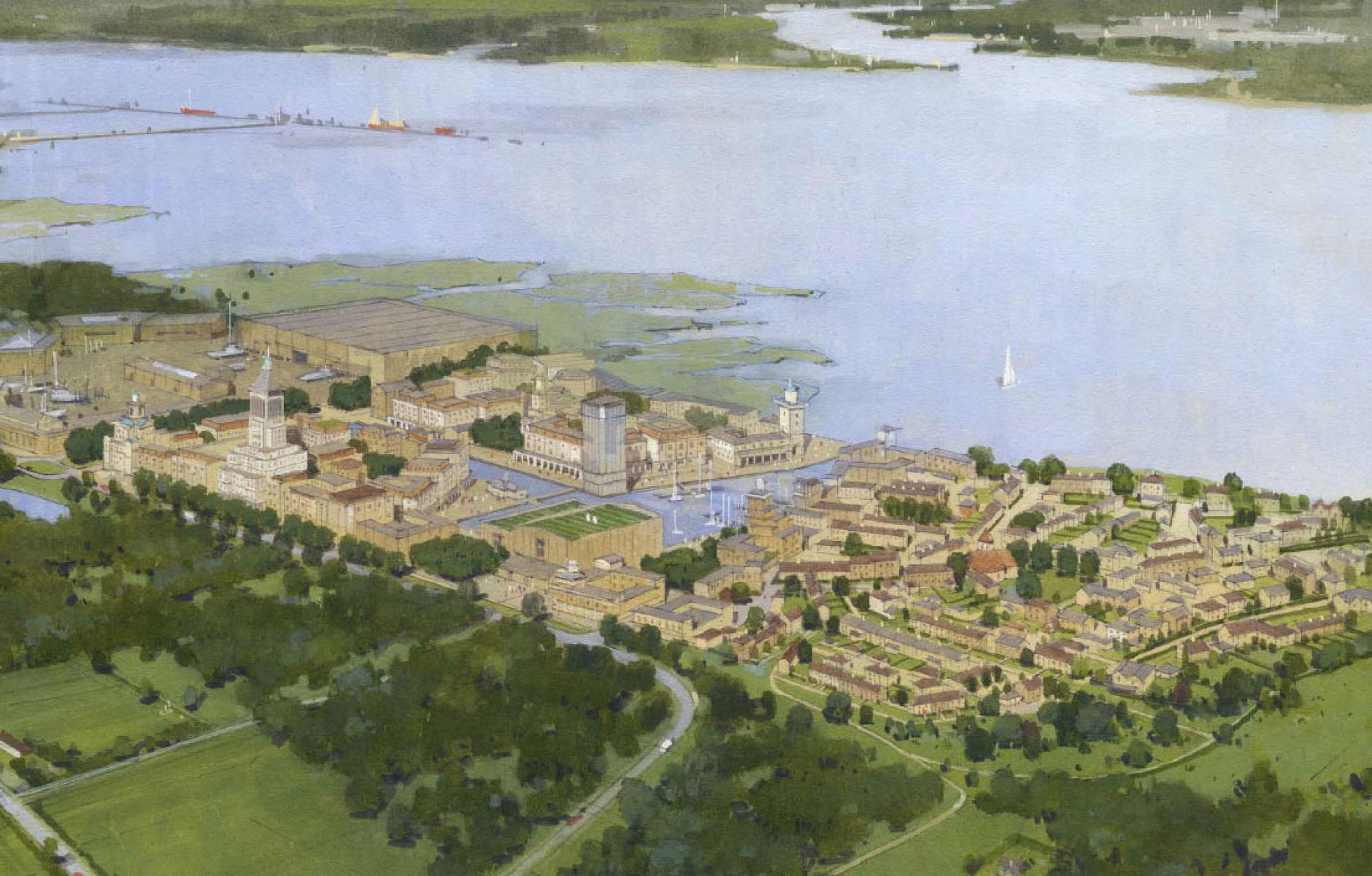 A new town in Southern England, planned by influential urban theorist Leon Krier, has been approved by local authorities. Fawley Waterside, to be built on a large brownfield site of a closed-down power station, will house up to 3,500 people and a million square feet of non-residential uses. Thirty-five percent of the housing is planned to be affordable.

Krier worked with London-based designer, Ben Pentreath, a prominent urbanist, on the project.

Fawley Waterside is 50 miles to the east of Poundbury, Krier’s world-famous new town in Dorset, being developed by the Prince Charles. Poundbury has been controversial, partly due to Charles’s strong criticism of modern architecture—but the town has gained growing respect from critics over the years. Poundbury currently is home to 180 businesses that employ 2,000 people and the population is nearing 4,000.

Fawley Waterside is similarly ambitious, if not quite as large. It is planned to have a working harbor and employ 2,000 people. Like Poundbury, the plan is quirky and unique. A large part of the town will feature houses “arranged in the traditional forest way” with green spaces grazed informally by cattle and ponies.

Fawley Waterside is just a few miles south, across Southampton Water, from the City of Southhampton, England. See more images below: 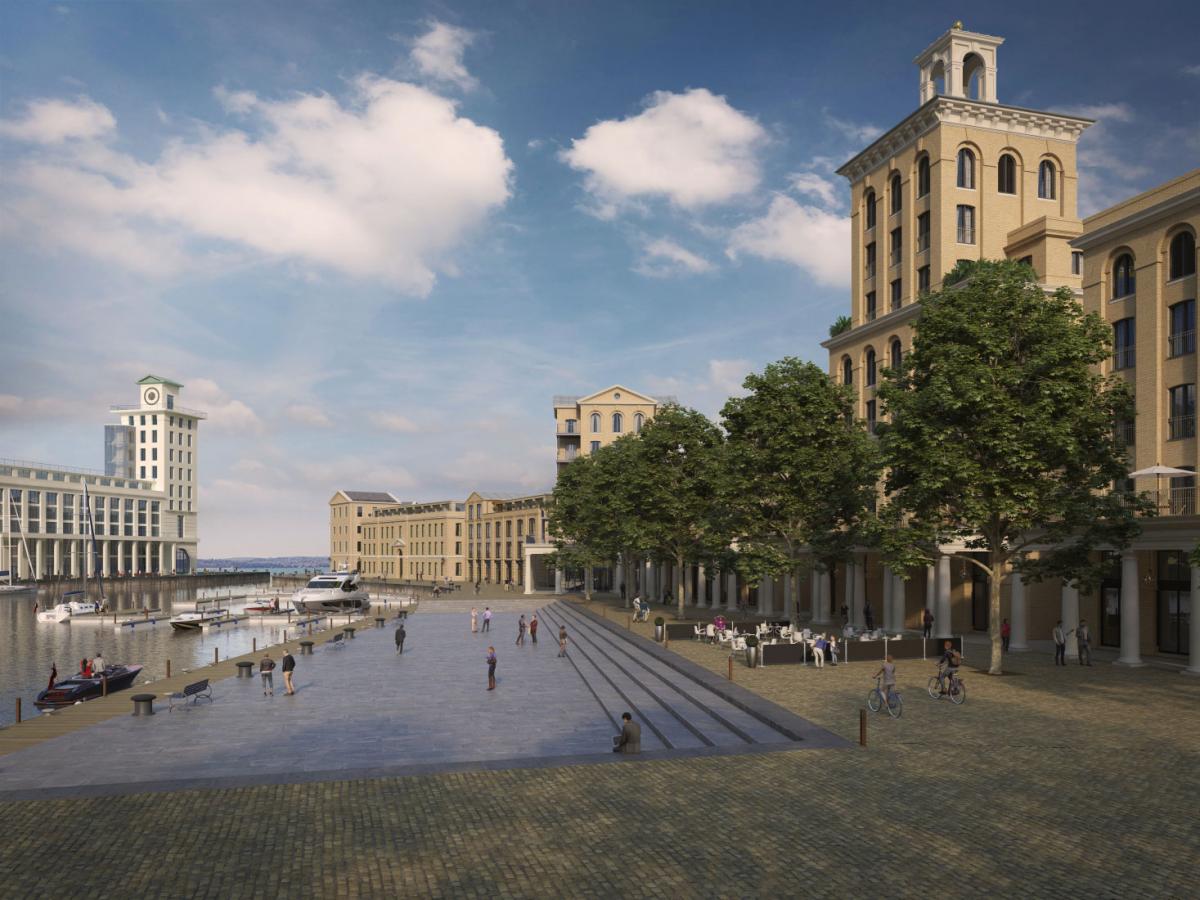 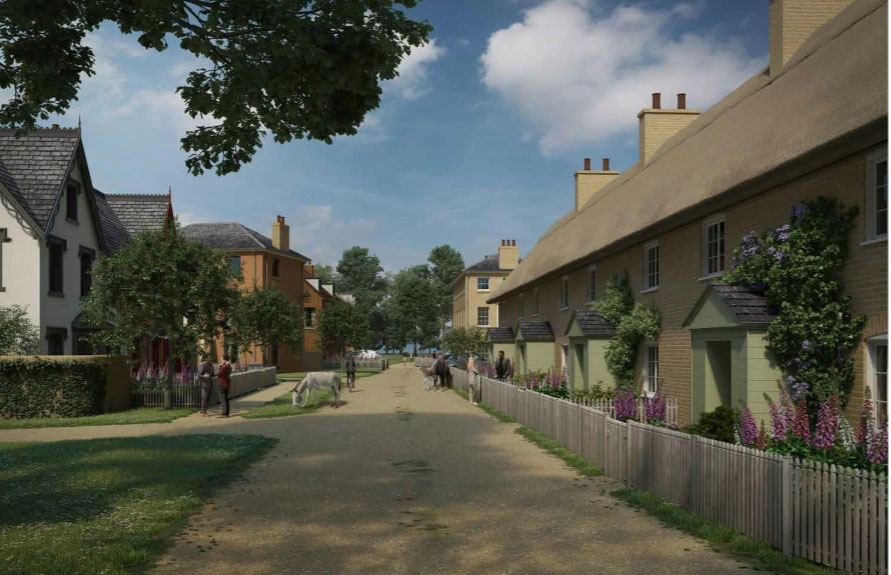 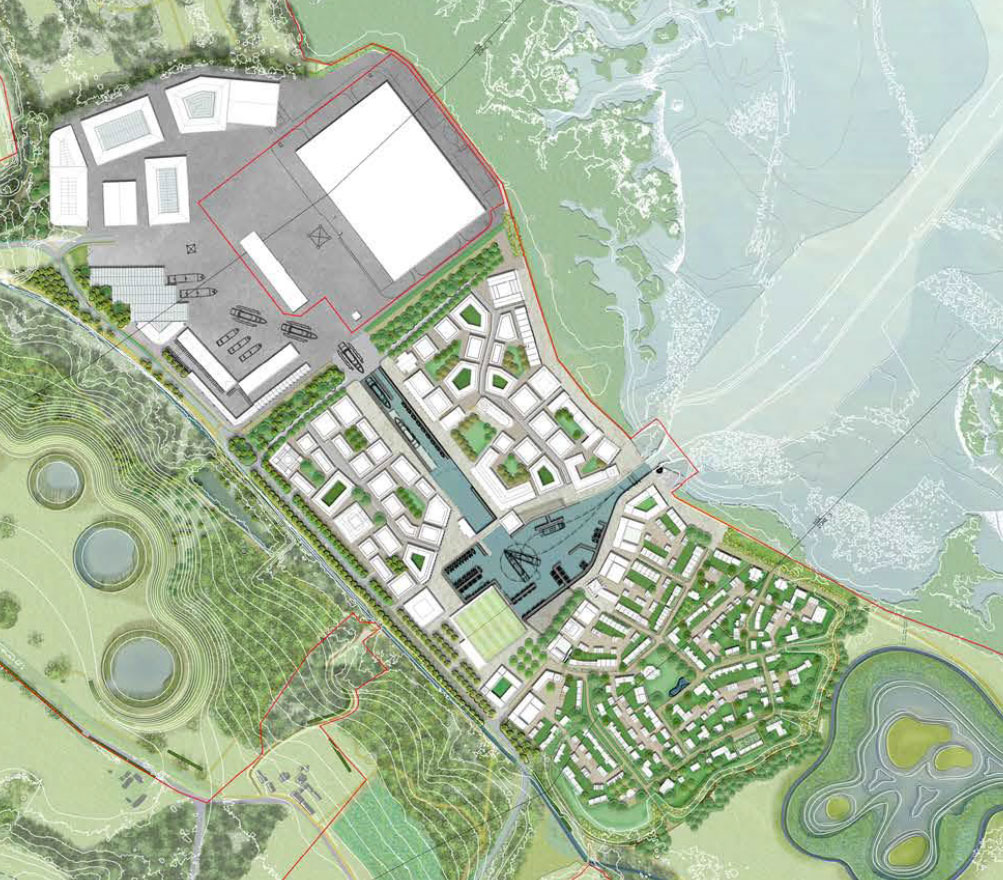