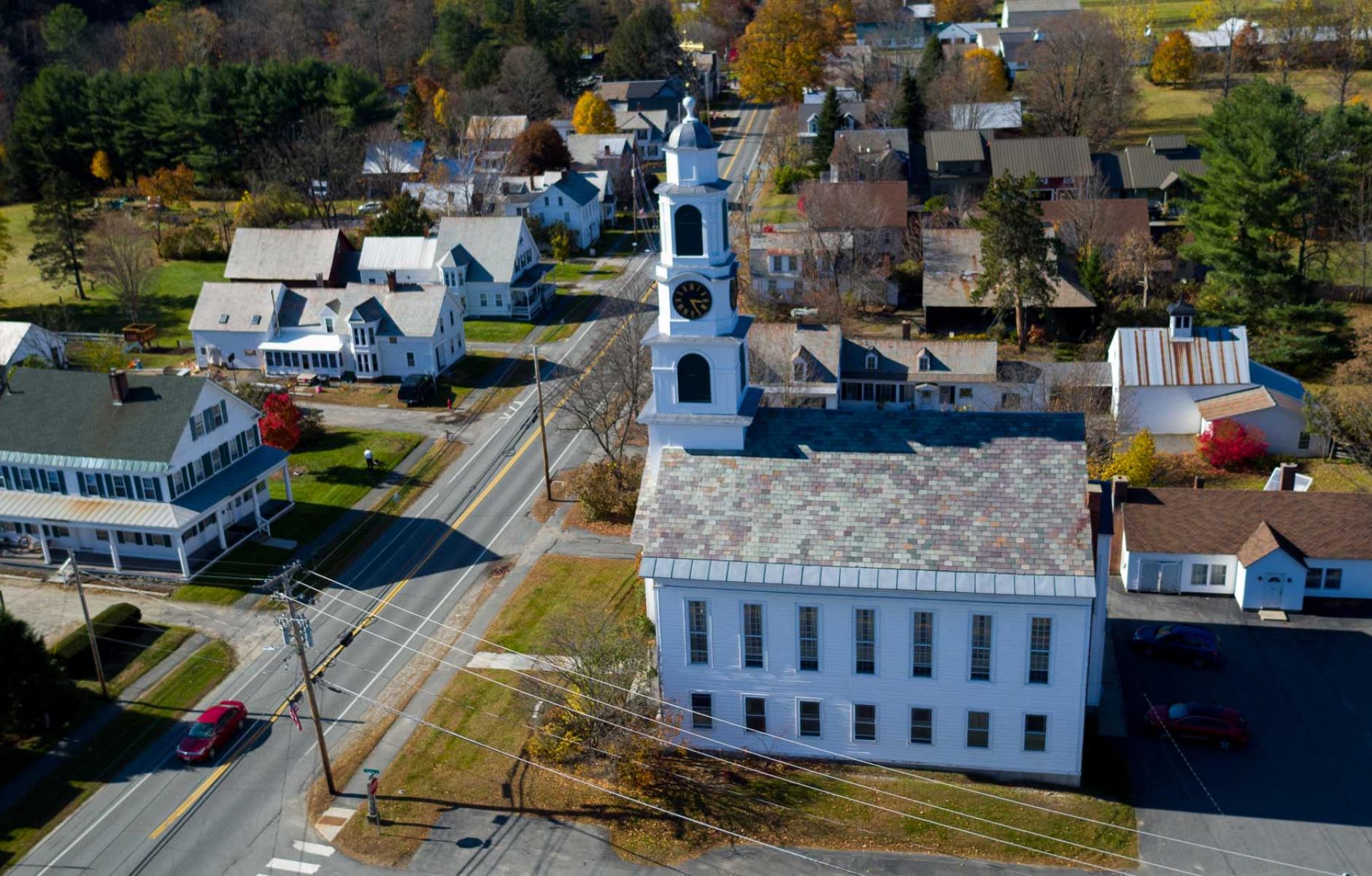 A bill moving through Vermont legislature adopts key zoning reform measures for walkable communities, even as the state recently completed a report with CNU on incremental changes to land use laws.
ROBERT STEUTEVILLE   &nbspJUL. 27, 2020

Like many states, Vermont has many communities with outdated zoning that worsen housing affordability problems. The median price of a house in Vermont has risen rapidly since 2016 and now is $261,000, according to Zillow.

The state recently worked with CNU on a how-to guide on zoning reform. Vermont is now proposing legislation that will make it easier to build compact housing types in downtowns, neighborhoods, and village centers throughout the state.

Specifically, the bill would ban zoning laws that set minimum lots sizes greater than an eighth of an acre (5,400 square feet) where water and sewer service is available. It would also allow 2-unit dwellings on such lots. Where zoning laws specifically allow duplexes, quadraplexes would also be permitted. By loosening restrictions on accessory dwelling units (ADUs), ADUs would be more practical to build. If property owners lease parking separately, the minimum parking requirements would be cut in half.

All of these provisions—which will be considered by the state’s House of Representatives—would apply to the state’s nine small cities (the biggest is Burlington, population about 43,000) and historic village centers that have water and sewer capacity.

Antiquated zoning in many Vermont communities made the state’s traditional development pattern—cherished by residents and visitors alike—illegal, says Chris Cochran, director of Community Planning and Revitalization at the Department of Housing and Community Development (DHCD). “Several communities have one and two-acre minimum residential lot requirements in their sewer and water services areas.” The state invested in infrastructure, and local bylaws are a barrier to state land-use goals of supporting compact settlements and protecting farms and countryside.

“The status quo does not make sense,” Cochran says. “What makes sense is enabling Vermonters the opportunity to create small homes on modest lots and build wealth in the same way prior generations did (absent the massive federal infrastructure subsidies of the 1960s and 1970s) by creating new housing lots in walkable areas already served by infrastructure. Building large affordable housing complexes in less desirable parts of town is wrong on so many levels. Why not make it easier to build a duplex and have an extra stream of income, or live in a small apartment building that’s part of real neighborhood?”

The legislation was championed by State Sen. Michael Sirotkin, an affordable housing advocate who represents the Burlington area. Vermont faces a difficult housing market with low vacancy, Sirotkin told Public Square. “Zoning and permitting regulations affect the cost of developing housing in state of Vermont,” he says. “It’s a no brainer to figure out how to reduce the cost of developing housing. That’s what we addressed with this legislation.”

Housing support in Vermont is mostly aimed at low-income families, but workforce housing also needs help, he says—and that’s where the middle-range housing is helpful. “The price of housing is a deterrent for people considering moving to Vermont, even if they have good paying jobs,” he explained.

The recent CNU and DHCD report, Enabling Better Places: A Zoning Guide for Vermont Neighborhoods offers guidance and model regulations that support an incremental process for addressing the specific zoning reforms. The report provides a theoretical framework for policy changes like S.237, as well as a how-to guide for implementation. The state can adopt zoning reform laws, but communities need to know how to put those laws into effect. For both state policymakers and community leaders, Enabling Better Places is a useful guide as the state adopts much-needed reform.

Statewide zoning reform in Vermont is aided by the fact that it is a Dillon’s Rule state, which means municipalities only have powers granted to them by the state. About 30 states follow this rule in whole or in part.