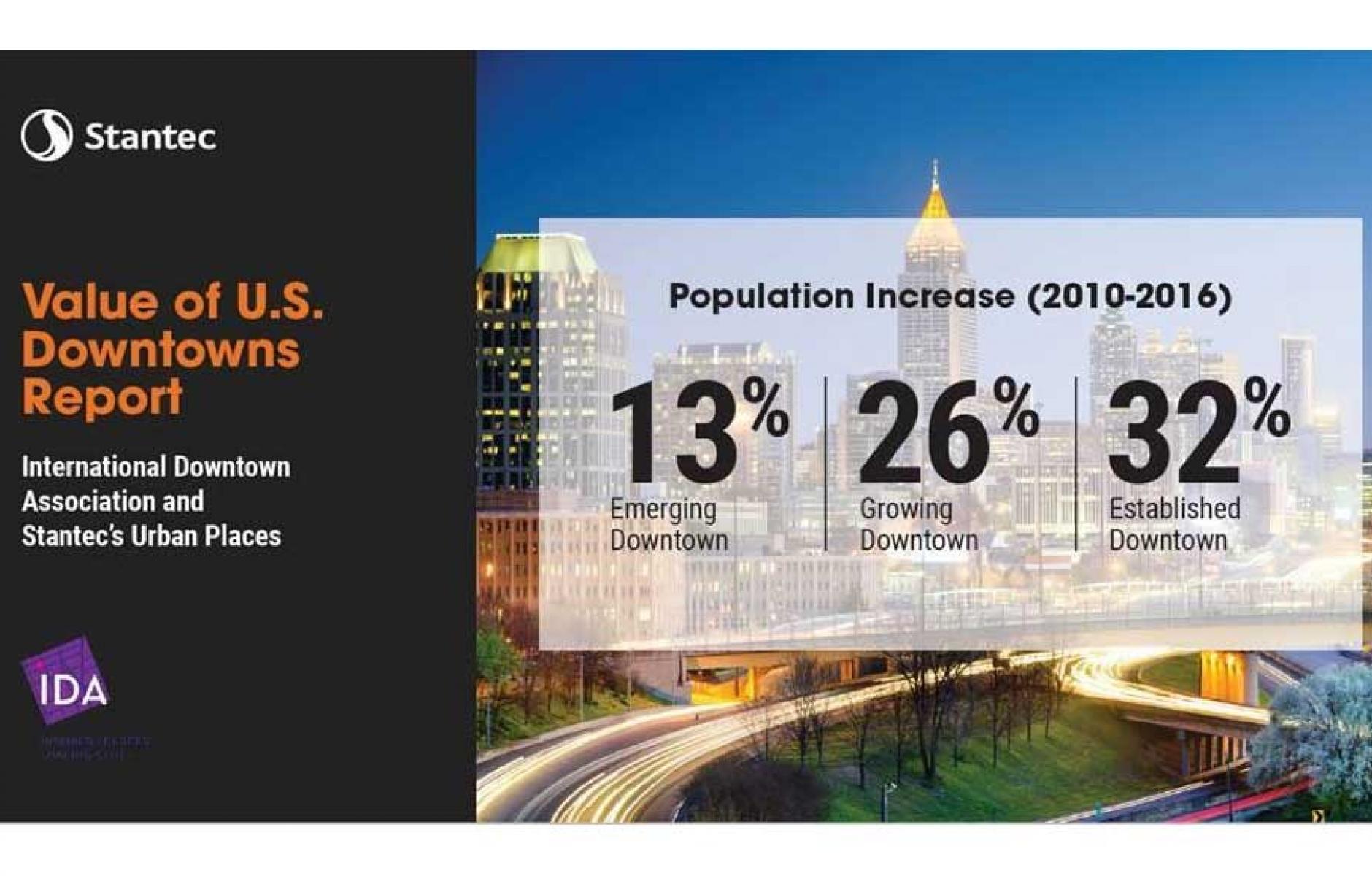 Attracting people and jobs to downtown

US Downtowns have been recovering in population and jobs for two decades, and research from the International Downtown Association provides further evidence that that this is a nationwide phenomenon. The study looks at 24 cities of a range of sizes and locations from Wichita and Ann Arbor in the nation's heartland to Seattle and Miami on the coasts. Grouped in three types—emerging, growing, and established—they all experienced strong population growth this decade (see top image). While the cities grew as a whole from 2010-2016, downtown growth more than doubled that of citywide growth.

The popular impression that downtowns are flooded with young adults is largely correct. The population of 18-34 year olds accounted for 46 percent of downtown residents, on average.

Stantec Urban Places, the source of the slide at the top, was the project advisor to IDA in the The Value of Downtowns and Center Cities, Second Edition, which came out earlier this year. The full report is available for free downtown from downtown.org.