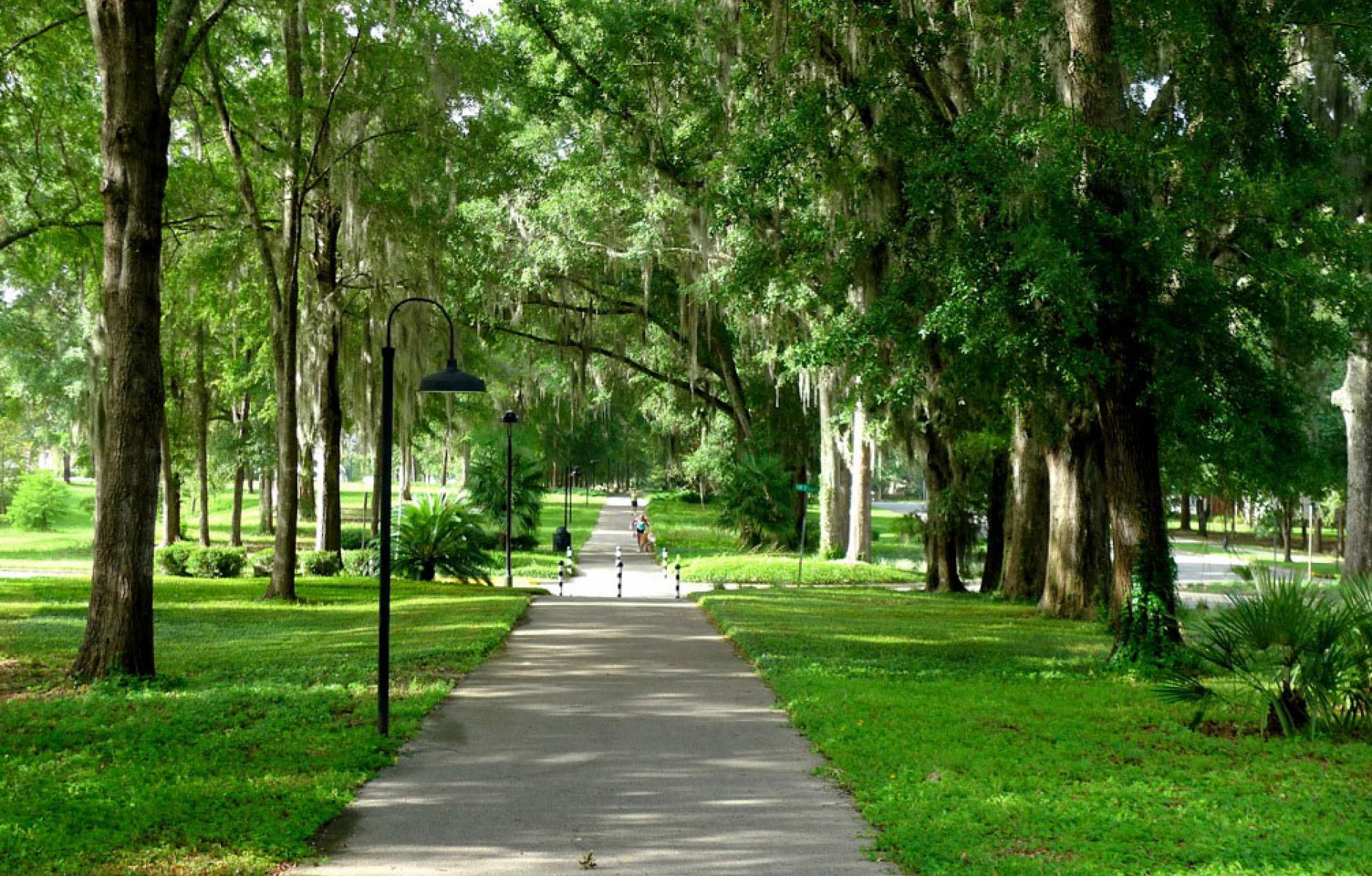 Linear greenways, through and bordering neighborhoods, are crucial design features of the most livable new urban communities. Here are examples of why and how they should be incorporated.
RANDALL ARENDT   &nbspSEP. 17, 2019

After 45 years of professional practice, I’ve come to believe that creating greenway networks for informal recreation, exercise, and enjoyment of nature is one of the most fundamental elements of enlightened town planning, whether in rural, suburban, or urban locations. Simply put, greenways and the parklands they connect with neighborhoods, schools, and mixed-use centers unify everything to produce a superior community form, enhancing marketing, increasing property values, providing for stormwater infiltration, and improving the quality of residents’ lives. For these reasons, the most livable new urban communities have been those which have prominently featured greenways, such as Harbortown, Baldwin Park, and The Town of Tioga, discussed later in this article.

Although these sites all possessed natural features that made it relatively easy to create greenways, those features could have been either ignored or subordinated. That they were recognized and elevated to become prominent aspects of the community design is a credit to the developers and their site designers. However, even when a site is level and virtually featureless, a touch of imagination and a strong interest in providing green connections are all that are needed to produce a community layout that rises well above the distinctive new urban pattern of blocks and neighborhoods.

Although it has been more often absent than present in most new urban community designs over the last several decades, this planning approach could be easily incorporated going forward. The key step is to begin the planning process with a view toward providing connected greenspaces, regardless of whether the site suggests obvious locations (such as along water features), because greenways can be created across even the flattest, driest properties. Without natural or manmade corridors that are reserved, shaped, and enhanced to facilitate walking, jogging, bicycling, and safe routes to school for children, residents and workers lack an essential component of truly civilized, healthful community design.

The idea of subordinating development design to existing site features when they pose no hard constraints and are easily removed or built upon (such as farmland, meadows, woodlands, drainage ditches, hedgerows, or historic buildings), is rooted deeply in the Garden City planning tradition. In 1911, British town planning pioneer Sir Raymond Unwin told the Chicago Club “We began to realize that city planning must be a combination of the art of man and the beauty of nature. … We therefore preserved the trees and the hedgerows, so that the sites would not look so bare from the beginning.” Excellent advice, both then and now!

An early example of greenways defining community character is Wyomissing, a 1920s master-planned company town adjacent to Reading, PA (Figures 1a-c).  Its traditional street-and-block plan, encompassing a proper downtown, a variety of neighborhoods, and a full complement of civic and institutional uses is crossed by two boulevards with roundabouts at intersections. This typical urban form is pleasantly relieved by a linear central park that varies in width while maintaining generous proportions along most of its length.

Another example from the early 20th Century is Washington Highlands in Wauwatosa, WI, designed by the German-American town planner Werner Hegemann with his landscape architect partner Elbert Peets in 1916. It was designed around a chain of linear parks created along Schoonmaker Creek. The parkland and parks in this neighborhood continue to provide convenient places for neighborhood children to play baseball and football and to ice skate in winter (Figures 2a and 2b).

The greenway approach was integrated into several “Greenbelt Towns” created by the Resettlement Administration during the New Deal era. Of these, Greendale WI, designed by landscape architects in 1936, is perhaps the most notable (Figures 3a and 3b). At Greendale, every home is just a short walk from the extensive network of greenway trails and bikepaths, linking homes with town center shops and neighborhood schools.

One planning lesson to be drawn from these highly livable examples is thatthe best community design begins by identifying the green infrastructure first,and carefully interweaving a more modern grid-like street network around the greenway fabric, achieving the best of both worlds. New urban design firms regularly use this approach when the site’s topography requires it, but miss many greenway opportunities when environmental constraints do not incline them to do so.

Designed in 1989, Harbortown in Memphis (Figures 4a and 4b) was the first new urban community to blend traditional town design principles with extensive greenways, along both the Wolf and Mississippi Rivers as well as through a long crescent-shaped central park. Because it embraced linear parks, Harbortown can teach future designers many valuable lessons. Baldwin Park, Habersham, and the Town of Tioga offer additional notable examples of new urban greenway design.

At Baldwin Park in Orlando, extensive greenways were provided not only around lakes and ponds, but also between parks, greatly multiplying potential opportunities for healthy exercise. This extraordinary site plan was the product of a planning and design process that began with a military base reuse plan followed by an urban design vision plan prepared by Nelessen Associates, hired by Orlando in 1997. Among the design themes generated through the charrette process were providing public access to lakes and creating an interconnected network of green spaces throughout the project, both of which became part of the guidelines provided by the city to potential developers. As Dean Grandin, former Orlando planning director, observes, Baldwin Park is particularly extraordinary because the extensive system of parks and open spaces, including the waterway connecting the two lakes, were all created on what had been a thoroughly-developed site with no natural features other than the two lakes. This demonstrates what’s possible with some imagination and a good city-led vision plan.

In addition to its many parks and greenways, three pedestrian “streets” or mews (each one block long) connecting standard roadways in Baldwin Park demonstrate how easy it is – when garages are accessed by alleys -- to substitute these parklike features for asphalt streets. (The concept is far from new: note the 19thcentury example from Louisville in Figure 6b.). Besides enhancing property values and creating safer routes for children to walk to school, such alternatives reduce the amount of impervious surface and increase opportunities for infiltrating stormwater runoff (Fig. 6a).  In fact, there is no reason why a long series of such “green streets” or mews could not be planned to span any number of blocks, becoming de factogreenways connecting neighborhoods with schools, parks, shops, etc.

One project demonstrating this is Laureate Park, in the Lake Nona area of Orlando, where a four-block greenway street has been created, connecting Merrifield and Reymont Streets (Figures 7a and 7b). Each mews segment has its own landscape personality, and all are owned and maintained by the HOA. Such greenway streets replace a few minor cross-streets, substituting grass and shade trees for pavement. Fire apparatus reach homes viaalleys, and from collector streets at each end of the segments. This design idea could be easily employed in many future new urban layouts and offers great potential for the next era of new urban communities. In fact, in another part of Lake Nona, 3,777 linear feet of proposed roadway has very recently been redesigned and approved to become a 100-foot wide greenway instead. Called Greenlink, it will connect the lake with the new town center, and will feature a central waterway bordered by a bikeway, a footpath, and an electric vehicle track. Midway along it will be a two-acre greenspace called Park Square.

Greenway design techniques can also be used to save and incorporate tree rows that once separated fields, or that originally lined farm lanes. Figures 8 and 9 show both rural and new urban examples of this approach. At Tioga, the property was mostly wooded, and it took the keen eye of developer/architect Luis Diaz to spot the pattern of two parallel rows of trees that were larger than all the others, because they had lined an old farm lane pre-dating the rest of the younger forest that had grown up around them. Initially puzzled by this odd pattern, the reason for those larger trees became obvious after Diaz found and examined an aerial photo from the early 1950s, on which the tree allee clearly stood out. He then decided that this allee would become the central organizing principle around which he would design the development.

Even gentle folds in the terrain, or farm ditches, can provide inspiration for value-adding greenspace features. At Demarest Landing near Wilmington, NC, a drainage ditch crossing a cotton field was transformed into a landscaped median (Figure 10a). Another way to identify potential greenway features is by examining aerial photos to discover the original locations of natural drainageways that have been dewatered with subsurface tiling. Once those tiles are crushed or removed, water tables will rise again and provide excellent places for new neighborhood parks, where tree plantings will flourish. Rather than spending money to engineer these areas for development, they could become part of the community’s greenway network, with streets and buildings constructed on less constrained parts of the site (Fig. 10b).

A final example of blending new urban and greenway design is Valley West in Bozeman MT.This 309-acre site contains 105 acres of parkland and four miles of trails for strolling, jogging and cycling, and includes plans for two nodes of neighborhood commercial development on eight acres. The open space network encompasses but is not limited to wetlands and other environmentally sensitive features. Notably, the central greenway park links Valley West with public and private elementary schools, providing a safe and convenient route to school for neighborhood children.

Among the typical new urban elements are a quasi-rectilinear street grid, alleys, woonerfs (living streets) two roundabouts, a central boulevard with a tree-lined median, and sixteen terminal vistas of greenspace.  The greenways in Valley West incorporate a number of north-south drainages running through Bozeman, and will become part of a larger city-wide greenway and trail system, as provided for in the city’s Park, Recreation and Open Space, and Trails Plan. Future developers will be required to connect with and extend the trails in Valley West, demonstrating how greenway design can help expand municipal trail networks.

The above examples show why the great majority of new developments, new urban or otherwise, could benefit from having greenways incorporated as one of the very first design steps, after conducting the site visit and site analysis. Urban designer Victor Dover, CNU Fellow and cofounder of Dover, Kohl & Partners, sums up the advantages of this approach:

“It should be instinctive, by now, to incorporate linear greenspaces (for walking, running, and biking) into new urban layouts. There are so many obvious benefits. They are among the best shapers of neighborhoods, plus greenways and trails link places together in ways streets and parks alone simply can't. Site designers should usually begin the design with greenways and trails, rather than just fitting them in after all the other decisions are made, if ever.” 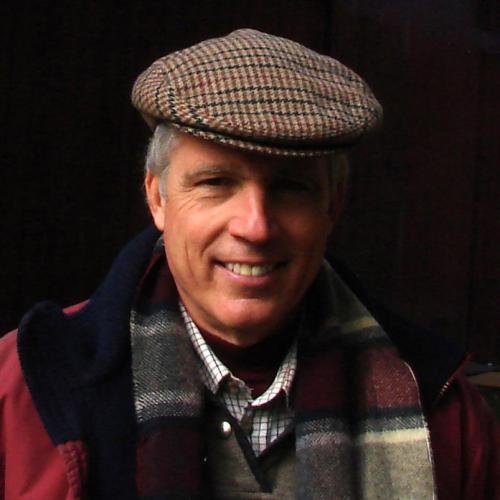