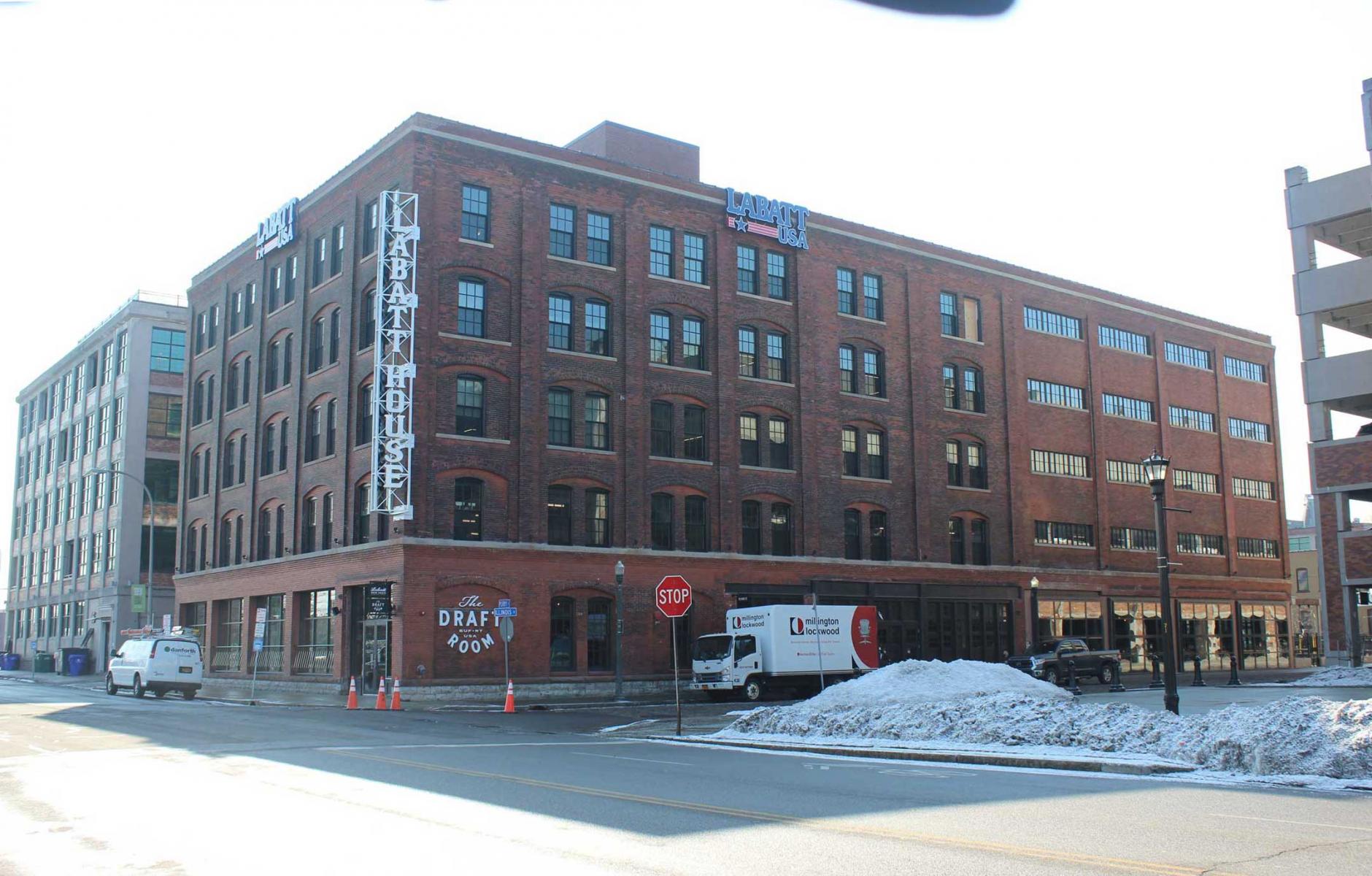 Adaptive reuse in downtown Buffalo, in accordance with the Green Code.
Codes

Buffalo and Lafayette lead the way in form-based codes

The winners show the versatility of form-based codes (FBCs) and the impact they are having on diverse American communities, from major cities to small towns. The three codes were adopted from 2015 to 2018. The Green Code covers all of Buffalo, New York, a traditional city with a population of 256,000. Lafayette’s code covers downtown, the traditional heart of the Louisiana city of 127,000. Canton is a town in northwestern Connecticut with a population of 8,800, and the code addresses development along a suburban commercial corridor linking established village centers.

FBCs are being adopted to retain unique community character and encourage predictable, walkable development that supports life’s daily needs. Distinct from conventional codes that separate uses, FBCs promote investment that connects communities through mixed-use neighborhoods. “Identifying, encouraging, and celebrating a sense of place has been a guiding force of my philanthropy for nearly three decades,” notes Richard H. Driehaus, whose charitable trust funds the awards. “By going back to a time-honored notion of coding to make a community livable by integrating form and purpose, these winners have both beautified and enlivened their cities.”

The city of Buffalo took on a significant challenge—to adopt a high-quality, citywide form-based ordinance. Starting in 2010, the city began a seven-year process culminating in the 2017 Green Code as the centerpiece of a place-based development strategy to implement the city’s comprehensive plan. The code mandates context sensitive development and includes an administrative process that is streamlined, transparent, and easy to follow.

Thanks to a forward-thinking parking section, Buffalo became the first major city in the country to abolish parking minimums at the time of adoption. Instead of requiring new projects to build more parking, the Green Code uses a process called transportation demand management which allows developers to factor in nearby transit lines, bike paths, or other alternative forms of transportation to mitigate anticipated travel demand. “City staff deserve significant credit for their persistent effort to achieve the difficult balance of developing an exemplary code that is also politically acceptable in a complex urban community,” notes George Proakis, chair of this year’s awards jury of the Form-Based Codes Institute (FBCI) at Smart Growth America.

Explains Mayor Byron W. Brown: “Through the Buffalo Green Code we are able to further promote private and public sector investment, facilitate job creation, restore the environment, and continue to improve Buffalo’s quality of life for residents.” The city is gaining significant development through the code, and this has stemmed the tide of population loss that has occurred year after year since 1950.

The Downtown Code for Lafayette was adopted in 2015, within one year of the city’s Downtown Action Plan to stimulate development that would “enhance the convenience, vibrancy, and charm of outdoor rooms inherent to urban neighborhoods.” The code is a simple, short, and elegantly illustrated model of a form-based chapter for downtown in the context of a more conventional zoning code.

“The Downtown Code is the most robust new tool in our downtown redevelopment toolkit,” says Lafayette’s Mayor-President Joel Robideaux. “It forms the blueprint to revitalize downtown by encouraging a walkable, vibrant, mixed-use, and adaptive downtown landscape. Projects such as the Old Federal Courthouse, the Buchanan Redevelopment site, and all future downtown developments will benefit because of the Downtown Code.”

The Lafayette Downtown Code places emphasis on regulating what matters most in the urban context—building frontage—and promotes great urbanism through limited controls on height and an innovative parking policy, Proakis explains.

The Canton code was adopted in early 2018 to address nondescript, sprawling development along a suburban corridor linking established historic village centers. The Town of Canton adopted a modest but effective ordinance that provides foolproof instructions to developers while simplifying the approval process. Driehaus jury members praised the submission as a good example of a solution for auto-dependent commercial corridors so common in suburban America. View the Canton Village Districts Code here.