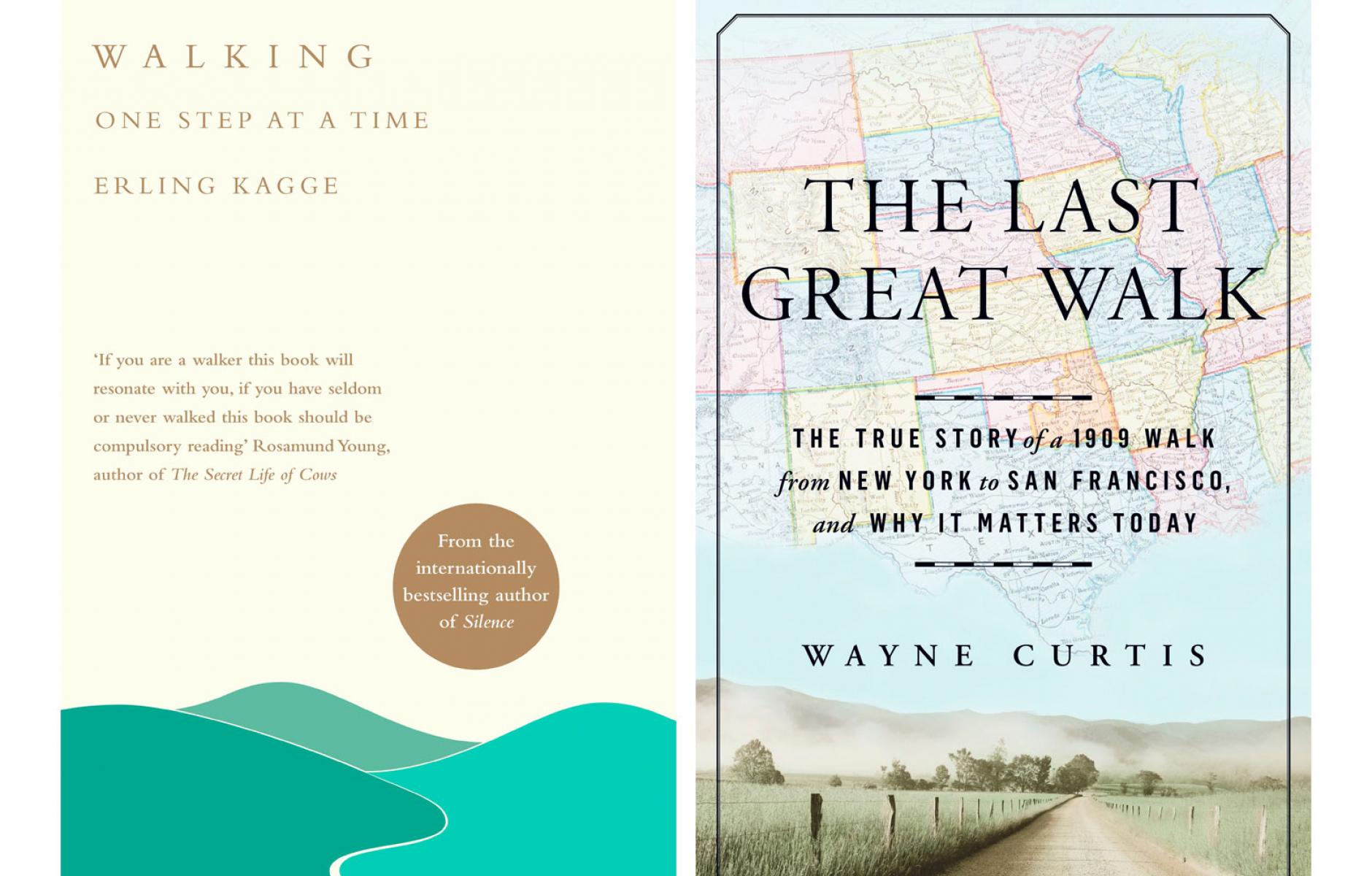 Walking now and then

A new book on walking makes me think of another book, what America has lost, and what it could regain.​
ROBERT STEUTEVILLE   &nbspMAY. 6, 2019

Erling Kagge is one of the great walkers of our time. He was the first person to ever complete the “Three Pole Challenge”—reaching the North Pole, South Pole, and the summit of Mount Everest on foot. The first two were with the aid of skis. He has also completed some high-profile urban treks, through New York City and Los Angeles, and just recently wrote a book called “Walking: One Step at a Time,” that describes the importance of walking to human experience, from the first steps to the end of life.

His daughter’s first steps marked the beginnings of her exploration of the world. The day his grandmother could no longer walk was the day she began to fade away. He discusses his own experience walking. Here’s an excerpt:

I’ve been on short walks; I’ve been on long walks. I’ve walked from villages and to cities. I’ve walked through the day and through the night, from lovers and to friends. I have walked in deep forests and over big mountains, across snow-covered plains and through urban jungles. … All my walks have been different, but looking back I see one common denominator: inner silence. Walking and silence belong together. Silence is as abstract as walking is concrete.

How walking has changed

At the beginning of the 20th Century, nearly everybody walked for basic needs. By 2005, only 2.5 percent of US commuters walked to work. People walk more for other purposes—like going to the store, school, park, or transit stop—but the federal government only tracks walking to work as a primary mode. In recent years, we have seen a slight rise in walking. By 2018, the overall percentage of commuters who walk to work rose to 2.7 percent. In the most populous cities, that figure increased from 4.4 percent to 4.9 percent from 2005 to 2018, according to Bicycling and Walking in the United States: 2018 Benchmarking Report.

While Kagge’s greatest walks have been in remote parts of the Earth, his urban walks have been limited—maybe because major parts of the developed world are no longer built for walking. This wasn’t the case a handful of generations ago. Today I repost my review of a book, The Last Great Walk, published in 2014, about a man and a time when truly epic walks were a thing in America. The review encapsulates what our built environment has lost:

Imagine a time when one person could step out of their front door on one coast of America and walk clear across the country. The entire nation consisted of small walkable towns, big walkable cities, and mostly quiet country roads. Where no roads existed, railroad tracks sufficed.

The year was 1909, a time when the street was public space belonging to the man or woman on foot.

Wayne Curtis tells the story of Edward Payson Weston, a septuagenarian who captured the nation’s admiration with a 4,000-mile trek from New York City to San Francisco from mid-March to mid-July of that year.

“When Weston walked to San Francisco, he pretty much had free reign over any street he trod,” Curtis explains. “Not just because he attracted attention and crowds and he and his entourage were often too outsized a presence to be confined to the margins of a narrow sidewalk, but also because anyone on foot could walk just about anywhere they pleased in 1909. That was their right and their habit. Walkers weren’t confined to sidewalks; in cities, they wandered streets as if in a public plaza, crossing midblock or making their way diagonally or rambling in great zig-zags if they felt like it.”

The Last Great Walk is great storytelling woven with analysis of how the geography of America has changed in the last 100 years. Curtis’s prose is vigorous and entertaining, like his subject.

A century later, I wish I could tell you Curtis retraces Weston’s route. That would be a great book, but probably not possible. The misery, punishment, and danger would be intolerable. Curtis walks about 45-40 miles at the most walkable points in New York City and San Francisco and still encounters 12-lane overpasses and trudges too-large intersections.

The nation has become an archipelago of a few walkable cities in vast expanses of highways and arterials roads linking a landscape of shopping malls, big-box stores, subdivisions, and countryside. The nation has sped up and the landscape has become boring—a place to speed through on the way to somewhere else.

Not long after Weston made his journey, the nation embarked on a 20-year battle during which pedestrians lost common law rights that had been in place for centuries. The story is sad and painful, but by 1930 pedestrians were relegated to the sidewalks and automobiles legally owned the streets. That was only the beginning—the real damage came in the half century after World War II when America was remade by traffic engineers and zoning laws. The transformation was gradual, and people accepted it like so many frogs in heating water. Within two or three generations, people forgot that streets ever were public spaces. Although a movement has emerged to reclaim streets for people, this goal may take a century to realize, Curtis explains.

“Low density isn’t a genie you can put back in the bottle. The six-lane arterials flanked with strip malls and fast-food restaurants won’t be walkable until their parking lots are built up with commercial or mixed-use buildings and then the roads themselves are narrowed and rebuilt on a scale more suitable for walking,” he says.

In the meantime, Weston’s travails are entertaining today, much as they riveted the nation in 1909. He planned for the walk to take 100 days—averaging about 40 miles a day. He also greeted crowds in every town and city, gave speeches, and was interviewed by countless reporters. This may have been the most arduous publicity tour in history.

Weston made the mistake of heading west, facing into prevailing winds and storms. He trudged through two feet of snow and was misdirected and badly served by incompetent crews. He eventually walked alone, hungry, and thirsty for vast stretches of the west.

The Last Great Walk, on the cusp of the nation’s transformation, offers an epic narrative to explore the nexus of walking and geographic change—an issue as relevant today as it was a century earlier.