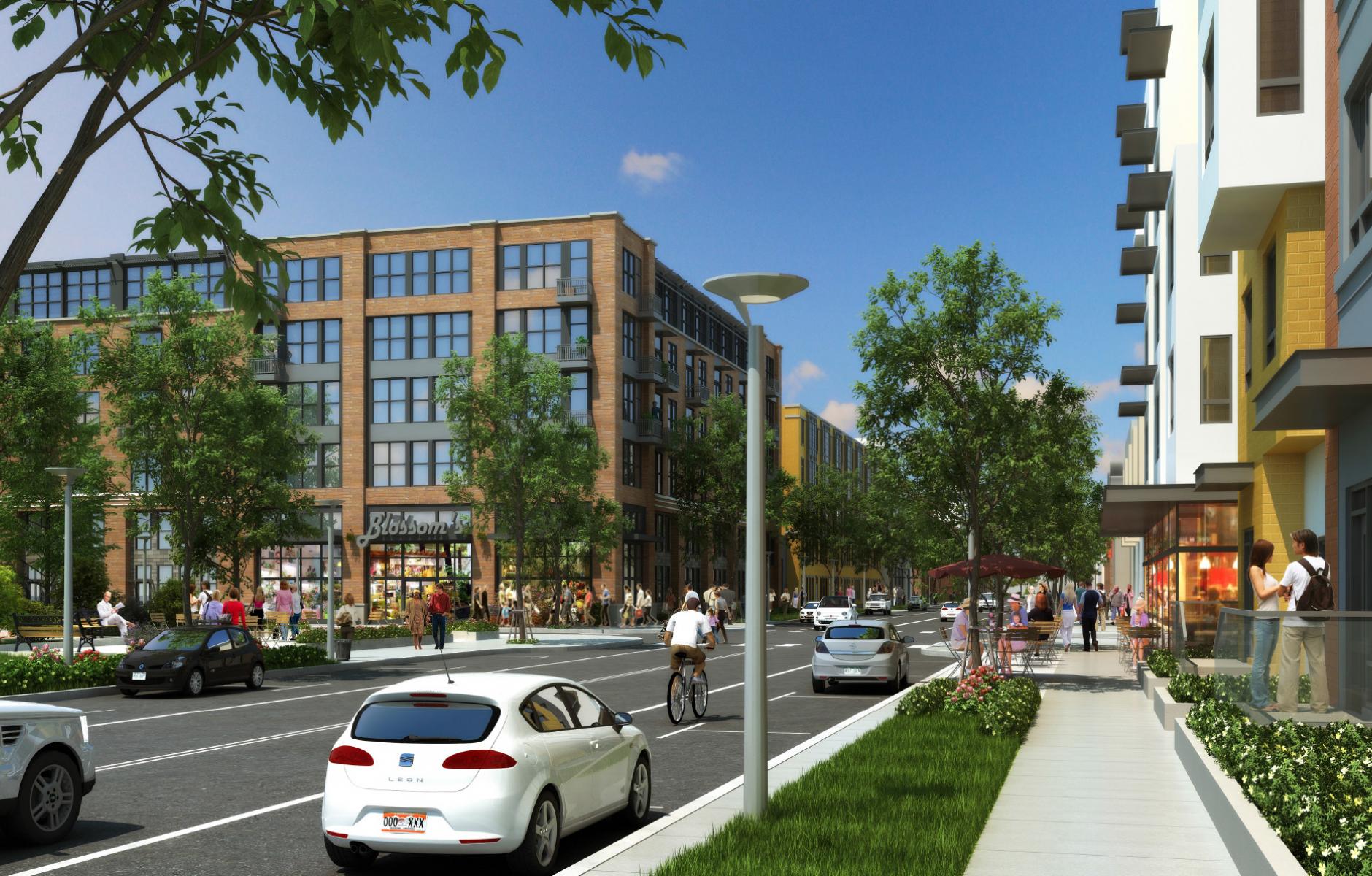 Opportunity Zones will help those who help themselves

Walkable urban plans in small and mid-sized cities and suburbs are more likely to be financed if the city is prepared.
ROBERT STEUTEVILLE   &nbspFEB. 25, 2019

Wall Street investors with significant capital gains are looking for tax breaks through the new federal Opportunity Zones (OZ) program. Where are many of them looking? Main streets and town centers in smaller cities in middle America, according to a New York Times report.

This story goes against the narrative that Opportunity Zone money will end up largely in places like Manhattan, Brooklyn, San Francisco, and other destinations that are already overheated with development. A good deal of the money will end up in such places, but the Times story suggests that this investment will spread far and wide. This makes sense to me for three reasons. Opportunity Zones are a decentralized program and funds are easy to set up, even for small developers. A decentralized program points to decentralized geography. Second, the sheer size of the program—with $6 trillion in potential capital gains waiting to be invested—means that capital cannot pour into a few places and meet the deadline for getting projects started. Third, destinations where land prices are already sky high may not offer the best future returns.

I believe the best potential for Opportunity Zones, given current markets, is in mixed-use, walkable places. How many of the zones have plans, infrastructure, and coding in place for significant mixed-use development? Preparation is key. “What's the difference between an Opportunity Zone project idea, and an opportunity zone project? One word: Readiness,” notes Ian Ross, founder of the website Oppsites.

Cities with shovel-ready plans for downtowns and neighborhoods, which are also OZs, could see many of their projects move forward more quickly. These cities offer a wide variety of sizes and locations in urban and suburban contexts.

Ranson, West Virginia, a small city about an hour and a half from DC, is one example of a place with extensive new urban plans and Opportunity Zones. The market demand for urbanism will continue to grow in the next decade, and such cities could offer an affordable urban lifestyle alternative to central city neighborhoods. The more investment comes in via OZs, the more value will grow in a place like Ranson.

“The Powhatan Place (former foundry on Mildred Street) community's ultimate goal is to create a more livable and sustainable community in Old Town Ranson and Charles Town—a place where residents can live where they work, walk to shop, and have easy access to nature and recreation,” according to an Oppsites listing.

For another illustration, see Westminster, Colorado, where a new downtown is being built for a suburban city with no existing walkable downtown—on 105-acre former shopping mall site (see rendering at top of article). Downtown Westminster’s plan comprises 2,300 residential units, including substantial affordable housing, and 1.7 million square feet of commercial uses, such as a grocery store, shops, restaurants, a movie theater, and office space. There will be 18 publicly accessible parks and civic spaces. Construction of the first phase is well underway. It is likely that Downtown Westminster would be built without an opportunity zone—yet the OZ status will give the project a lift and reduce the likelihood of it stalling. When all of the phases are built out, the city has plans to make the downtown even larger by extending the street grid to adjacent sites.

Notes one city official: “Having land control allows us to better negotiate getting affordable housing. … We highly value equity and inclusivity and think it should be part of our vision.” Downtown Westminster is designed as a “place” that will grow incrementally over time, serving as “the center of public life in a community that has evolved from a purely suburban growth paradigm,” explains the project designers, Torti Gallas + Partners.

All of downtown Detroit and surrounding neighborhoods are Opportunity Zones. Downtown Detroit’s resurgence this decade is well known, but parts of the city center have received relatively little investment. The creation of a new public space on the west side of the Central Business District is spurring development. Beacon Park was built to anchor an emerging district, spur economic growth within the neighborhood, and provide a high-quality gathering space for Detroit residents.

Through an inclusive community engagement process, an idea for a pop-up park on a large vacant parcel grew over time into a plan, and then construction, of a permanent square with a restaurant, community gathering space, and large circular lawn. Located on Grand River Avenue, one of downtown’s five radiating arteries, the park serves as a gateway to downtown from the west, and will make investment into the area through an Opportunity Zone more attractive. “The transformation of this space is nothing short of remarkable,” says Mayor Michael Duggan.

Elkhart, a city of 52,000 in north Indiana, is not a place that is well known nationally for its urban revival. Yet Elkhart adopted a plan for a $400 million, 90-acre “River District” across from downtown. The district offers a setting for a great deal of urbanist development, including a thousand housing units, 170,000 square feet of retail space, 110,000 square feet of office space, and a hotel—all in an Opportunity Zone. A project like this in a small city may seem unlikely, but it is moving forward quickly. Elkhart Common Council last week approved a development loan to support a major project in the district, including a supermarket and 134 residential units. Planning is by Speck & Associates and Stantec Urban Places.

Significant potential for urbanism lies outside of central locations in East and West Coast cities. This potential is likely to get a boost from Opportunity Zones. The biggest support will come where the public sector has established the ground rules and infrastructure for compact urbanism.