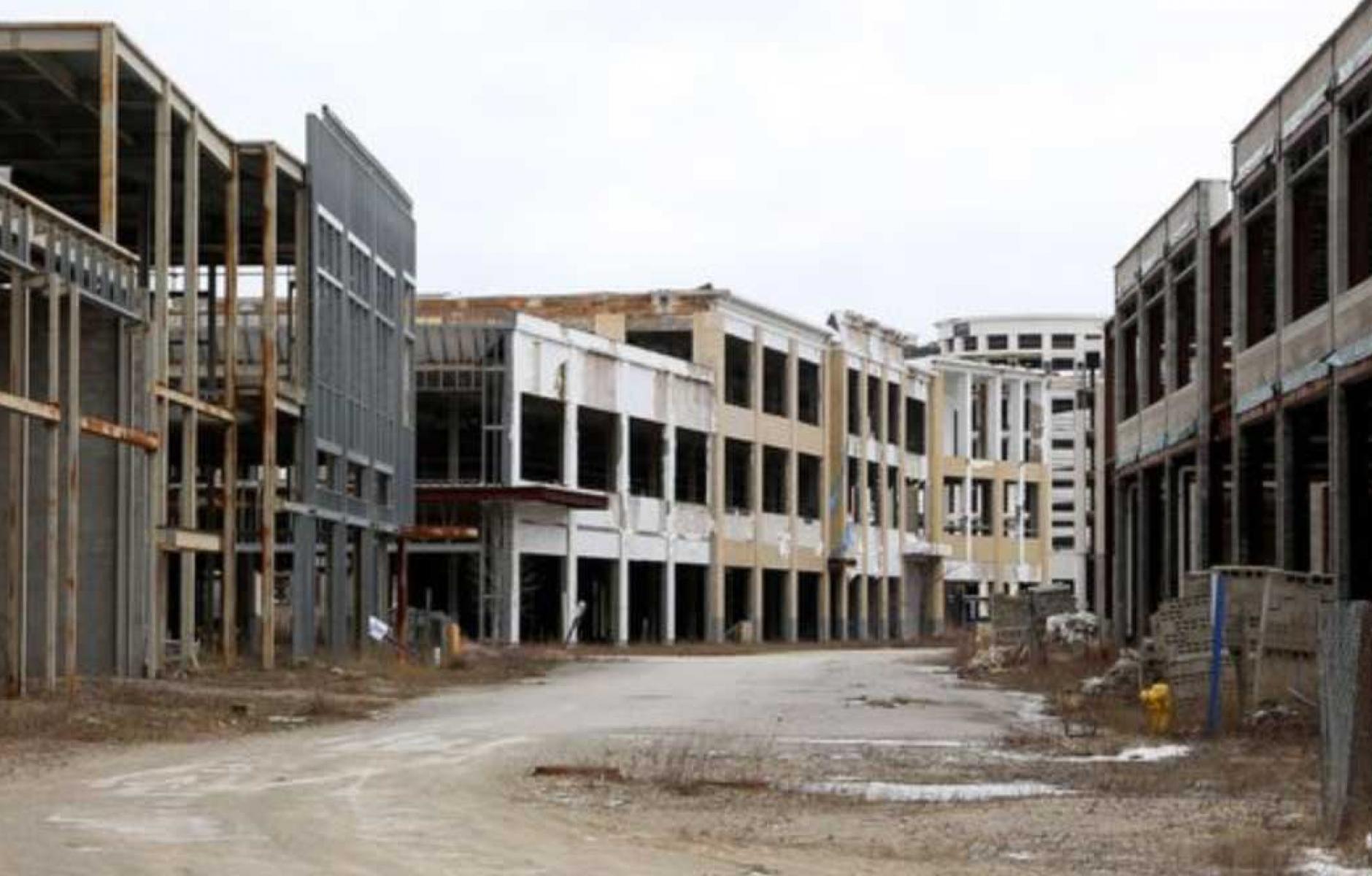 On this gloomy February day, I think back to 2008, the start of the Great Recession, which seems like a lifetime ago. There were many large-scale projects, planned well in advance of the crash, that died. Some of these projects were new urban projects. Few left as stark a reminder as Bloomfield Park near Pontiac, Michigan (see photo above).

The Detroit Free Press reported on this ghost of a town center—posting a video with an ominous, minor-key piano soundtrack. The project lost $250 million for investors, which is a lot of money but a drop in the bucket compared to the trillions of net worth that disappeared during that time. Bloomfield Park was a casualty, but had it been completed, it probably would have been beautiful. Whether it would have succeeded in the market is impossible to say. It was hubristic, built and planned when hubris was the default mode of land development.

Bloomfield Park sat vacant for 10 years—to the dismay of the locals—and now a developer is tearing down most of these buildings and putting up sprawl on the site.

The New Urbanism has changed substantially in the last decade. Designers and developers learned hard lessons from 2008. The New Urbanism has become far more incremental and lean—focused on smaller-scale testing, doing more with less, and aware of the need to set up projects that can withstand financial shocks. We need to remind ourselves of these lessons from time to time.

That’s why I post this failure and painful reminder—not just because of the February gloom.