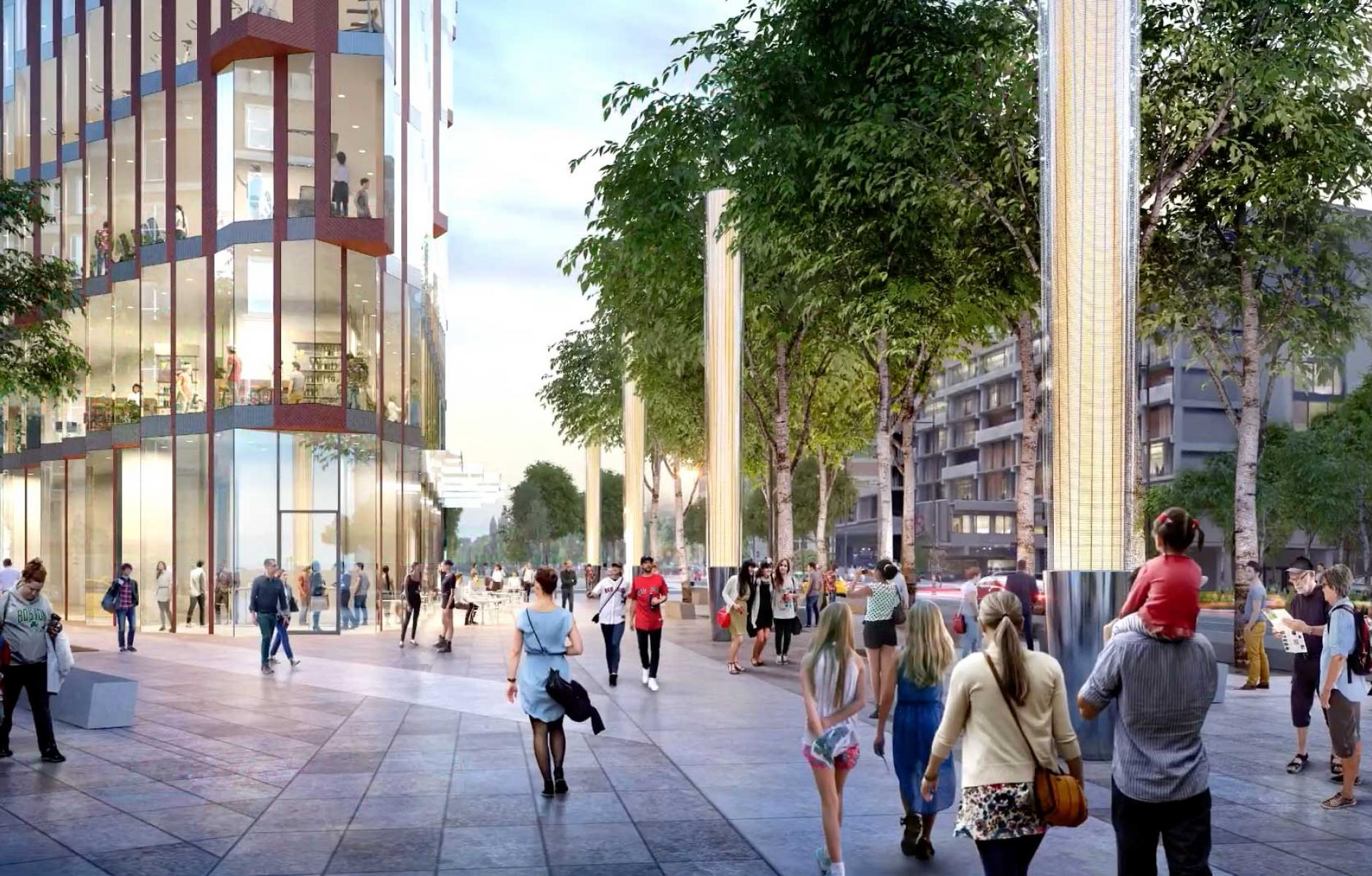 From the video Kenmore Square Square
Got A Minute

From busy roadway to public square

Reducing redundant roadway in cities can be good for people both outside and inside of vehicles.
ROBERT STEUTEVILLE   &nbspFEB. 1, 2019

One thing cities need is more creative traffic planning of pedestrian-unfriendly intersections, informed by good urban design. Here's a video of a cool design for Kenmore Square, a complicated and heavily traveled intersection in the Fenway/Kenmore neighborhood of Boston, near Boston University and Fenway Park.

"As we learned in changes to New York's Times Square, simplifying the intersection by cutting redundant roadway can vastly improve the pedestrian experience, without worsening traffic congestion," explains author and urban designer Jeff Speck. "As we will see, such changes can make new public spaces for people walking and biking."

The designer and narrator is Jeff Speck, who gets help from Stantec traffic planners, Studio Gang architects, landscape designer Reed Hilderbrand, and Cupola Media. Mark Development, which is proposing the flatiron tower mentioned, paid for the video. The idea is to rearrange this dysfunctional urban intersection to create a useful public space while adding protected bike lanes, cutting phases in a signal so cars don't have to wait so long, and reducing speeds on major roads Beacon and Commonwealth. Speck notes: "It would put the square back in Kenmore Square ... A Kenmore Square whose heart is a public space, rather than a busy roadway."