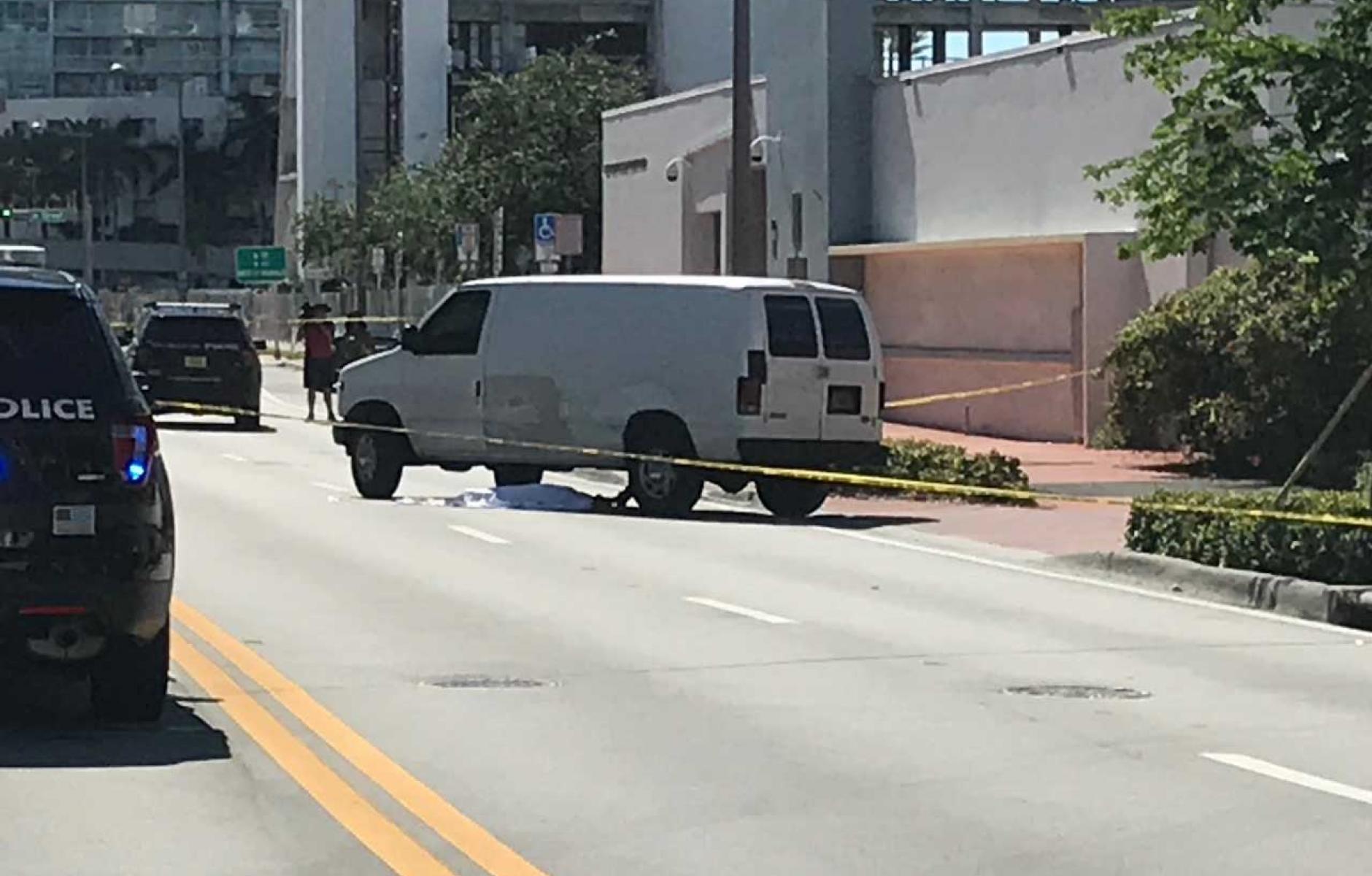 The body of an elderly women who was recently hit by a motor vehicle in Florida. Source: Steve Mouzon.
Transportation

Across the US, too many pedestrians are dying

A new report called Dangerous By Design 2019 once again reminds us that thousands of people on foot are cut down each year in violent, preventable deaths.
ROBERT STEUTEVILLE   &nbspJAN. 24, 2019

Smart Growth America and the National Complete Streets Coalition released Dangerous By Design 2019 this week, and America seems to be getting more dangerous for pedestrians. Pedestrian deaths have been rising in recent years—to about 6,000 each year in 2016 and 2017. Back in 2008, the figure was just 4,414.

This is the fifth Dangerous By Design report—the first was in 2009, a decade ago. Despite the adoption of 1,400 “complete streets” policies nationwide, little progress seems to have been made in mitigating the deadly and miserable conditions for pedestrians in many parts of the nation. Then as now, the deadliest streets are wide, fast-moving, arterial roads that carry substantial traffic past commercial enterprises but have few facilities for pedestrians.

Then as now, relatively few of the deaths occur on collector and local streets, which carry the lion’s share of the pedestrian traffic—and fewer still on human-scaled streets located in traditional neighborhoods or downtowns.

Smart Growth America has created an interactive map that allows you to locate pedestrian deaths over the last 10 years in any metro area nationwide. At first glance, the fatalities may look like buckshot across a region—but a closer examination reveals that most occur along corridors. These Corridors of Death are typically major arterial roads, often 6-7 lanes wide, where traffic routinely travels over 40 mph. These arterials are usually lined with commercial destinations and connected to residential neighborhoods. In particularly sprawling metro areas, strings of 10-15 fatalities along some corridors are not unusual. These people who died in particularly violent ways tend to become statistics, but some groups are striving to keep the personal stories in the public eye. The Nashville Pedestrian Death Registry is shifting the narrative toward the human faces behind these tragedies, the authors note.

Dangerous By Design 2019 more strongly emphasizes the demographics of who is dying. The racial group most affected per capita is American Indians. They often live in rural areas, where cars travel at high speeds on thoroughfares that lack sidewalks. The Kalispel Tribe in Washington State had adopted a “complete streets” policy, although this kind of policy has not yet been effective in creating safer streets nationwide. Pedestrian fatalities also disproportionately affect African-Americans, the elderly, and low-income people—who tend to walk to work more often. One of the report sponsors this year is AARP, which has 38 million members and represents the interests of older Americans.

The current practice of measuring how fast most traffic travels on a road and then setting speed limits so that only 15 percent of the drivers are exceeding that limit results in artificially high speed limits—and unsafe streets for everyone. Rather than designing roads that encourage speeding and then relying upon enforcement, states and cities should design roads to encourage safer, slower driving speeds in the first place.

We need performance measures that ensure states set targets that require progress toward creating safer streets and hold them accountable for achieving reductions in serious injuries and fatalities, penalizing them for failing to meet those targets. And we also need more high-quality data on the street conditions where fatalities occur and on traffic-related injuries nationwide to help us better diagnose and solve the problem.

It’s a little disappointing, however, that the report goes to great lengths in discussing “dangerous,” but spends little effort on “design.” Solid research, for example, shows that narrowing travel lanes from 12-feet or more—which is typical for deadly arterials—down to 10 feet will cut down on crashes and fatalities. While the authors mention “wider roads and longer blocks” as a factor, the report makes no specific recommendations on lane widths, traffic calming measures, or other design changes that could help to transform these deadly arterials.

These details matter. The title Dangerous by Design is the key. We need implementation of well-designed complete streets. Well-intentioned policies without specific design recommendations are clearly not doing the job.