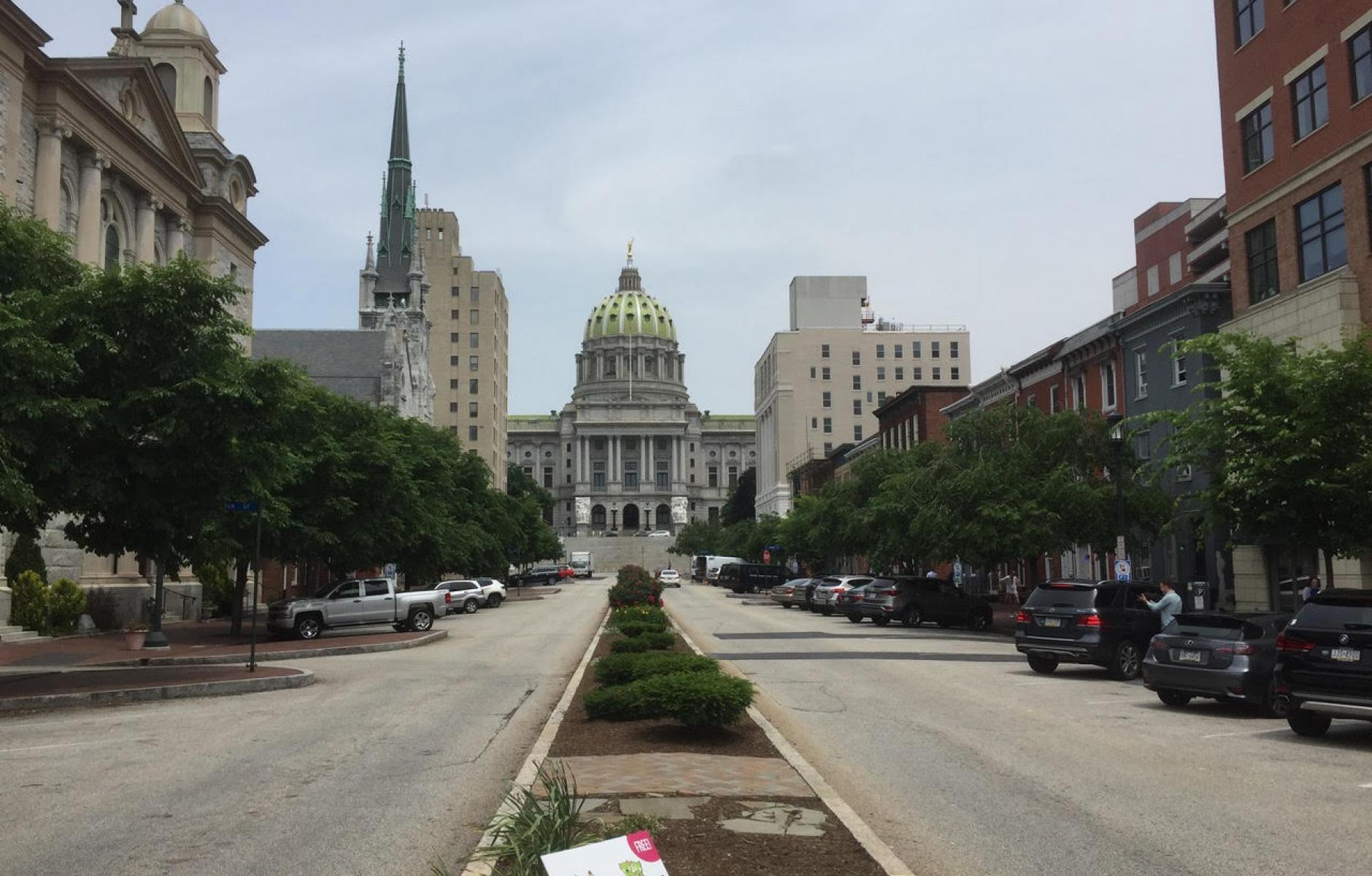 Photo by Philip Langdon.
Got A Minute

Terminated view, the old and the new

State Street in Harrisburg, Pennsylvania, designed as part of the City Beautiful movement in the early 20th Century, was refurbished a few years back through a program called City Beautiful 2.0. The building at the end of the street is the Pennsylvania State Capitol.

"I used to admire this street when I was a reporter in Harrisburg in 1969-71," says author Philip Langdon. "I came upon it again on my drive back to New Haven from the Shenandoah Valley last June. I think they need some help in choosing better plantings, but still, it’s quite a view."

Harrisburg has gone through some difficult times in recent years, including a bankruptcy, but has experienced some revitalization as well. The city has a rich history to build upon.

State Street seems to promise something grand in the near distance, and the view could be a fitting symbol for the end of the year, and the beginning of a new one. If a pedestrian were to reach the capitol and turn a corner, they would see a new view extending out. And the road goes ever on ...