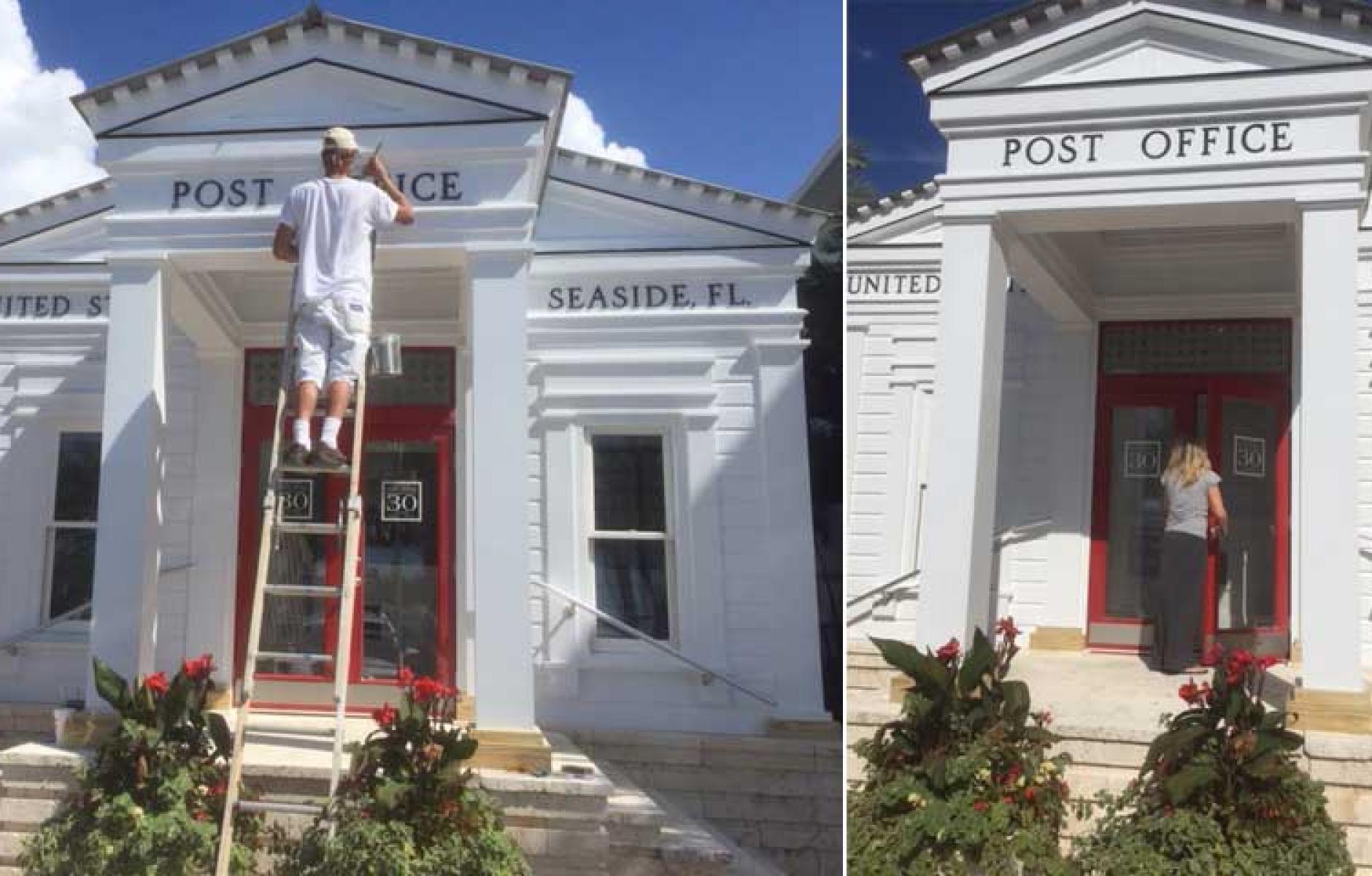 Photos by Philip Langdon
Got A Minute

A worker October 17 puts the finishing touches on the 33-year-old Seaside, Florida, post office, which was moved to a new location on the town's Central Square. Someone uses the facility later that day.

Hurricane Michael landed on the Florida Panhandle as a Category 4 storm on October 10, the most powerful hurricane to hit this area in recorder history. Panama City, 38 miles to the east of Seaside, was devastated along with nearby towns. Seaside dodged a bullet and incurred very little damage.

Seaside benefits from planning that preserved all of the dunes—plus a code that has resulted in solidly built houses with metal roofs. Despite numerous heavy storms over the years, Seaside has been remarkably resilient so far. The Seaside Institute has set up a relief fund for members of that organization to contribute to recovery for worse-hit areas on the coast.

Getting back to the post office—one of the most photographed in the US—it has been moved to build a signature tower, designed by architect Leon Krier, scheduled to be constructed in 2020 (several intermediary steps must be completed before the tower is built).