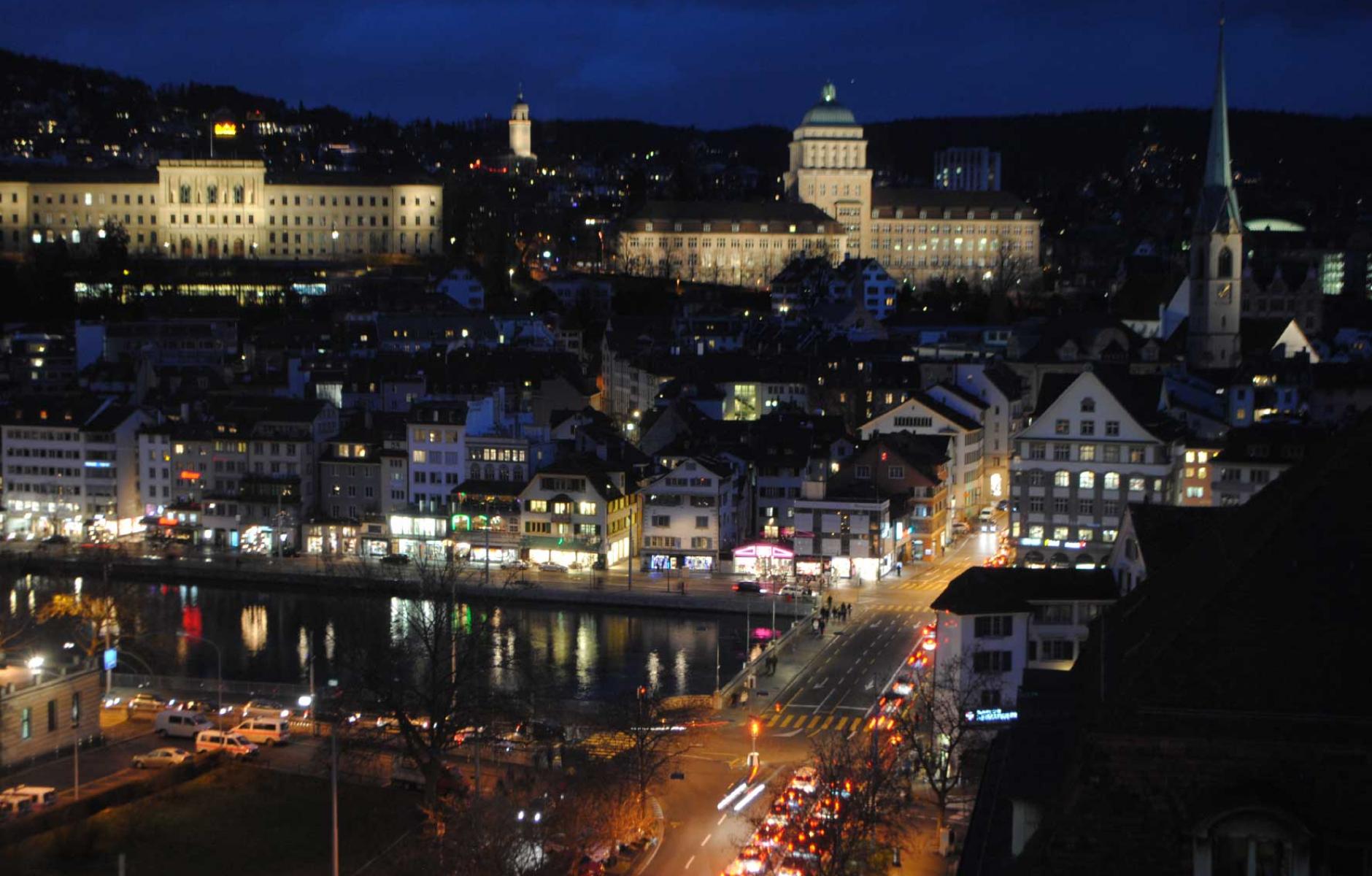 Historic city campuses: Main Buildings of the ETH (left) and the University of Zürich (right) on the hill over the old town of Zürich. Source: Norman Garrick.
Freeway transformation

Judging a book by its cover

“When I was invited to become a Professor at the ETH Zurich in 1976 I accepted spontaneously because I loved Zurich and Karl Moser’s ETH building. When at my first visit I was instead taken to the new suburban ETH-Höngkerberg (sic) compound. I was so appalled by the teaching premises that I resigned the prestigious post on the spot.”

I relate to this sentiment because seven years ago I had a similar, if a more muted reaction, when I learnt that my job posting as a visiting professor of transportation and urban planning at the ETH (The Swiss Federal Institute of Technology) was going to be at the Hönggerberg rather than at the exquisite downtown Zurich campus. Luckily I did not share Leon’s fortitude and after a momentary hesitation I took the position anyway. I am glad I did, because working and traveling to the Hönggerberg everyday taught me some important lessons about how architecture and urban form can affect the functioning of a city.

The main lesson I learned was that the Hönggerberg is not all what it seems. It may appear to be the quintessential auto-oriented suburban modernist single-use pod, directly out of the playbook of that other famous Swiss-born architect, Le Corbusier, but the striking thing is that that is not how it functions—it is indeed a modernist and isolated campus, but one that is virtually car free, with less that 20 percent of the students and the staff accessing the campus by car.  In 2017-18, I spent a second year as a visiting professor at the ETH Hönggerberg and was able to focus a bit more on the seeming paradox of how this place is able to function in such a way that belies its form.

In the 1950s and 1960s, officialdom in Switzerland, including urban planners and architects, had a vision of a future that was going to be dominated by cars, so they were busy planning for that outcome with dreams of highways penetrating the cities, and with the supposedly obsolete trams being removed from the city streets and put underground to make room for the car invasion. The expansion plans of the two major universities; the Swiss Federal Institute of Technology (known as the ETH in Swiss German) and the University of Zürich were developed as a part of this new future of highways, autos and suburban living. Each of the two universities built suburban style campuses that were virtually mirror images of each other.

From on high, the Hönggerberg campus of the ETH looks like one of those sites that you just know is going to be blown up in the next scene of a James Bond movie. It is all shiny, massive superblocks of buildings, with a highway ramp that, at one end, feeds cars directly into two massive underground parking garages, but at the other end, incongruously connects, not to a highway, but to tiny city streets. The intent was clear, this was a first step in remaking the city as a place that was friendly for cars and the Hönggerberg ETH pod was designed to simply plug into this remade city crisscrossed by highways. Fortunately for all of us, that plan was derailed by a peoples’ revolt, expressed in two popular elections in the 1960s and 1970s, which rejected the city, state and federal plans to build urban highways and give more space to cars by removing the trams from the city streets.

In the late 1970s, the city completely reversed itself and adopted a plan that significantly upgraded both the status and the physical infrastructure of public transit, including turning over large portions of many city streets for the exclusive use of public transit. Today, the Hönggerberg campus, which was designed as an auto-oriented pod, is now surrounded by one of the most transit oriented urban regions in the world. The end result is that the parking garages on the campus are largely empty (yes I have counted) and the highway ramp is eerily quiet to such an extent that it took me weeks to discover their existence. The front door to the campus is the plaza where the four bus lines connecting to the rest of the city all arrive and depart.

The Hönggerberg still suffers from many of the shortcomings of the philosophy under which it was built.  For me, as a transportation and urban planner, the main problem relates to the fact that this is a single land use site, which does not have any of the services that are needed to support the large daytime population that is attracted to the campus and indeed only has a daytime population.  This single use is also a problem for transit, since unlike in much of the rest of the city, which has a high degree of land use diversity, transit use here is very much dependent on the campus schedule.  This is mitigated to some extent by the fact that although the campus seems isolated, it is also surrounded by city neighborhoods, so some of the bus lines serve people passing through and not just going to the campus.  The problems associated with a suburban campus like this one are now widely recognized and the university to taking steps to address issues such as the lack of any housing on the campus.

So what is the lesson of the ETH Hönggerberg campus? From the perspective of a transportation planner, it seems that the architectural failings of modernism are not necessarily fatal if one’s goal is to reduce autodependency and the concomitant ills.  What is more important for travel is the urban system within which the modernist pod is embedded, providing that pod has some level of connectivity with the surrounding city.  That is the case with the Hönggerberg, which is relatively well connected by city streets and, more importantly, is crisscrossed with pedestrian connections to the rest of the city.  From the point of view of living, human enjoyment and intellectual stimulation, I appreciate why Leon Krier recoiled at the prospect of a career spent on this hilltop that, for all its rural charm, does not offer the vibrancy, serendipity and inspiration of the downtown ETH setting in the middle of Zurich that has nurtured the likes of Albert Einstein.

Interestingly, the 1864 ETH downtown main building was not in fact designed by Karl Moser as stated by Leon Krier–Moser designed the much newer (1914) main building of the University of Zürich, which sits on a ridge dominating the sky line from the old city center along with the ETH building that Leon Krier so admired. For me the University of Zürich is the nicer of these two neo-classical buildings. What is interesting is that its designer, Karl Moser, went on to embrace modernism, even going as far as to producing a plan to completely replace the old town of Zürich with a modernist city clearly inspired by Le Corbusier (once celebrated on the Swiss 10-Frank notes). Luckily this plan never got very far but this modernist streak unfortunately still holds some sway amongst architects in Switzerland. One has to wonder how many architects and other scholars of the caliber and inclination of Leon Krier were discouraged from working in Zürich by the 1960s Hönggerberg campus of the ETH. Perhaps, this might in the end be the unseen damage resulting from the uninspiring nature of modernist design that produce this campus. 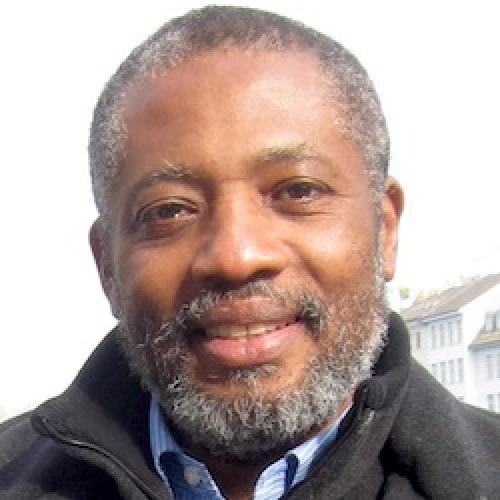