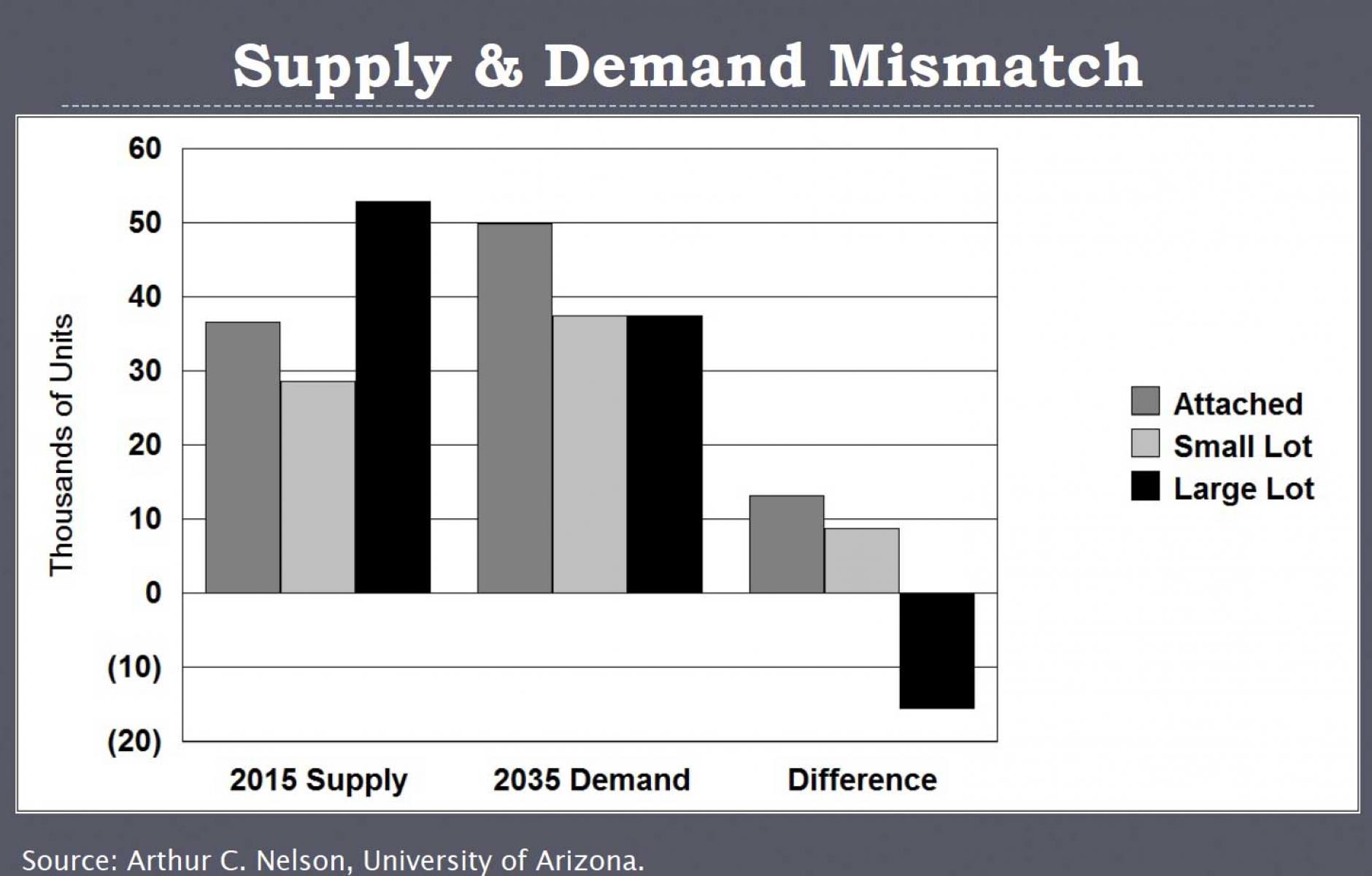 The demand for multifamily and small-lot single-family housing, especially in walkable locations, will continue to rise over the next two decades, according to Arthur C. "Chris" Nelson, of the University of Arizona. This supply and demand mismatch is behind the need for "missing middle" housing, often built by small developers and builders. Meanwhile, the demand for large-lot single-family housing, the mainstay of the US building industry from the 1960s through 2008, is declining. Nelson's research comes up again and again in discussions with thoughts leaders in small-scale urbanism.

"Chris Nelson’s research has shown that 90 percent of housing that will be built between now and 2040 would need to be missing middle to meet the demand," says Dan Parolek, the architect and planner who coined the term "missing middle."

"According to Chris Nelson’s big-picture demographics, 75 percent of the market demand over the next 13 years will be for rental units," says John Anderson of the Incremental Development Alliance, a leader in the small builder/developer movement.

Nelson has been saying much the same thing for more than 10 years—yes, even before the housing crash—and he has been right so far. His numbers are based on demographics, demographic trends, market trends, and housing supply and construction data.