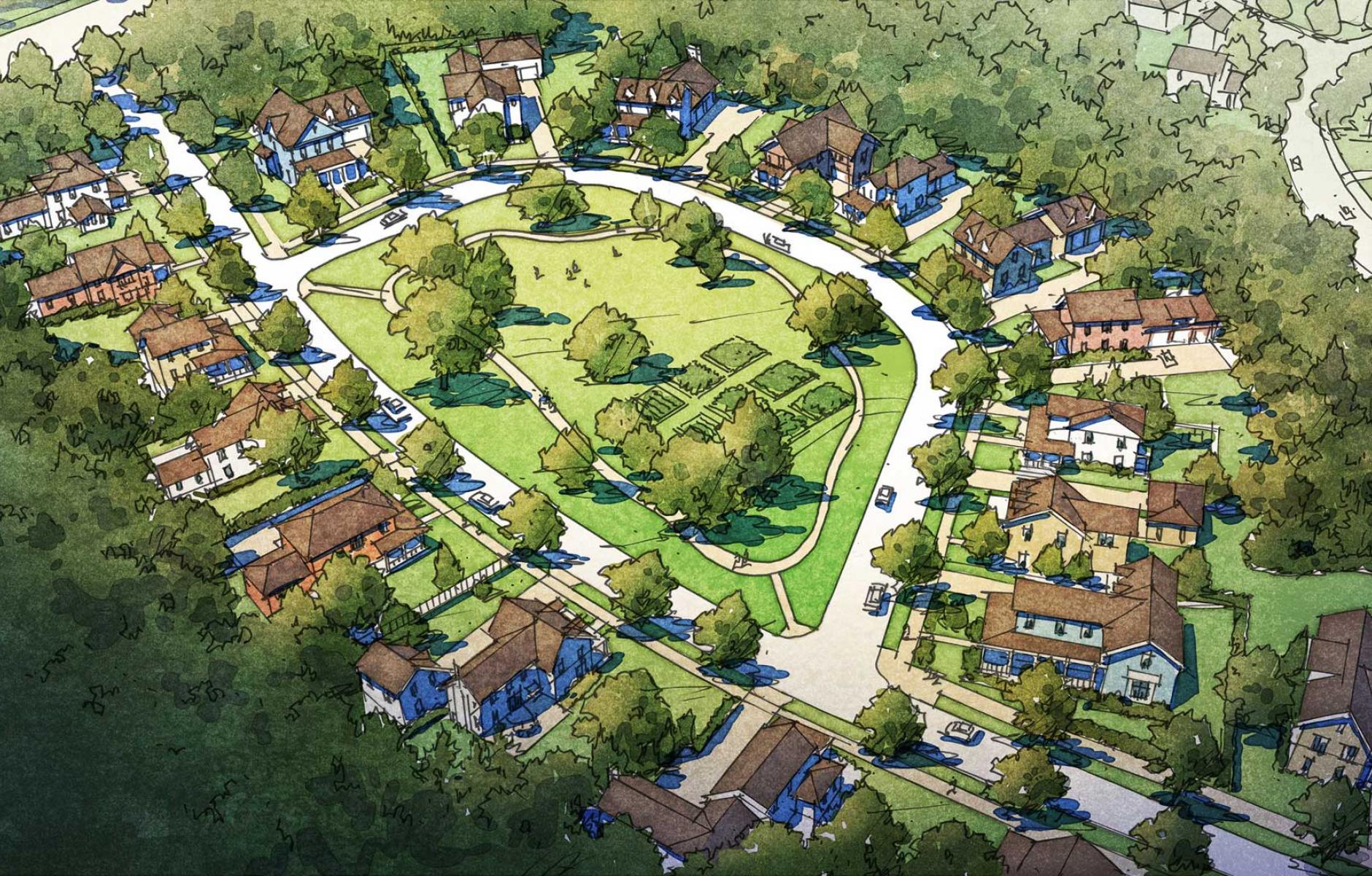 A hamlet envisioned by the Rural Area Plan. Source: Town of Davidson.
Region

The Rural Area Plan (RAP) for Davidson, North Carolina, uses a form-based code for aggressive rural land conservation. Sixty-five percent of the countryside is preserved over six square miles, allowing for the development of compact hamlets and villages on one-third of the area.

The plan was adopted in the spring of 2017, a policy that will save a minimum of 2,463 acres of permanently protected, publicly accessible open space as the sector is built out.

Two mixed-use centers are planned, one of which is a rural crossroads with vernacular architecture. The development allows for a range of densities subject to permissible building types. The commercial development is appropriately scaled based on retail market analysis.

“We believe this plan can serve as a model for other communities regionally as well as nationally,” says Shannon Binns, executive director of Sustain Charlotte.

The quality of open space preserved is emphasized—based on the Transect. For example, of the 20 percent of open space required in a Neighborhood General zone, five percent must be plazas, squares, or greens—elements particular to urban villages. Viewsheds, wetlands, and upland habitat areas are prioritized for preservation.

“The RAP planning process was rich and involved extensive public input and review, recalls Dave Cable, a Davidson resident and conservationist. “The RAP was controversial in Davidson and the town went the extra distance to hold additional public forums to educate, clarify, address misperceptions in the community, and seek additional feedback. I believe the RAP is a seminal pivot by Davidson toward a realistic, smart, and publicly endorsed mechanism for superior land use and enhanced conservation over the coming decades.”

The Town of Davidson and Stantec won a CNU Charter Award in 2018 for the Davidson Rural Area Plan.