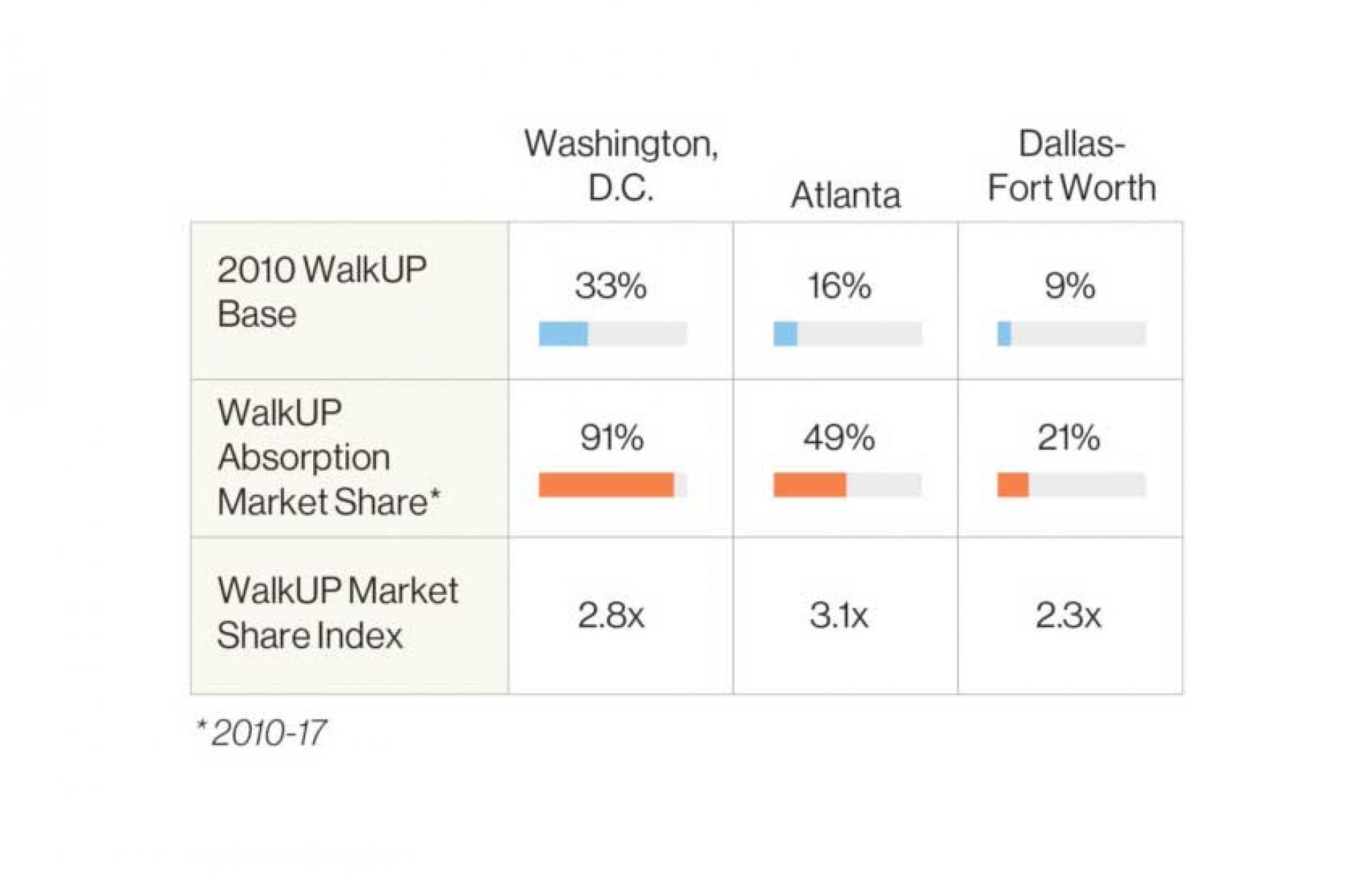 The market share of walkable urban places (WalkUPs) in three cities. Leinberger and Loh
Got A Minute

Here’s a graphic from a terrific article in a terrific issue of D Magazine, the regional publication for Dallas-Fort Worth. The authors of the article, Christopher Leinberger and Tracy Loh of George Washington University, are among the few researchers who are studying walkable development over entire regions.

The image above compares “walkable urban” commercial development in three regions—Washington DC, Atlanta, and Dallas-Fort Worth. Here are takeaways:

• “Walkable urban” is growing in all three regions.

• It is growing fastest in the DC area, because that region has built the largest modern transit system that creates a framework for compact, mixed-use transit-oriented development.

• Atlanta is also seeing substantial walkable urban growth, due to a federally funded rail system built starting in the 1970s.

• Dallas is lagging behind because it started later in building a transit system.

I recommend reading the entire article, it is very good. Also, the entire issue of D is devoted to New Urbanism, with examples from around the US.