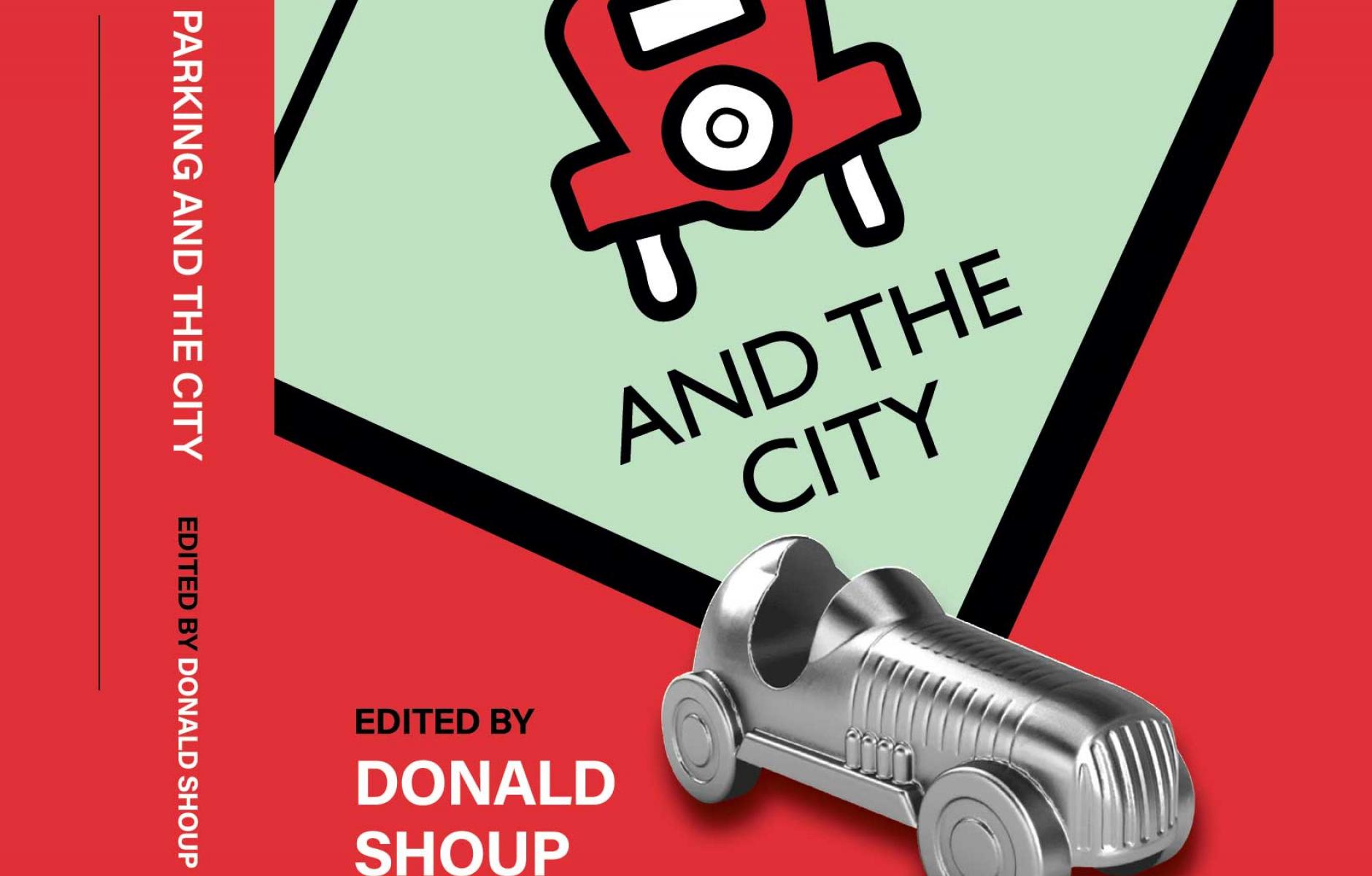 Note: I hope to see you all at CNU 26.Savannah next week.

The lowly parking lot is filled with spaces about 9 by 18 feet with stripes on both sides and access lanes—typically all surfaced in asphalt—and it may be the most common, pervasive, and boring element of the US built environment.

Although new urbanists do their best to hide and reduce the need for off-street parking, generations of planners mostly took it for granted.

No more—and that change is largely due to the efforts of Donald Shoup, Distinguished Research Professor of Urban Planning at UCLA and author of The High Cost of Free Parking, a landmark volume that came out in 2005.

Shoup explained how parking has a profound impact on cities, their inhabitants, and economies—and he tapped into gold mine of parking policy absurdity.

Government doesn’t tell people how many cars to own, for example, and the very idea is unthinkable—partly because cars are so expensive. Yet it tells us how many parking spaces we must own, and how much parking there must be everywhere we go—even if we don’t own a car. “Parking spaces outnumber cars, and each space cost much more than a car parked in it, but planners continue to set parking requirements without considering this cost,” he writes in the recently published Parking and the City.

Shoup is down-to-Earth, yet ambitious. “His goal is to transform future debates about parking and save cities and towns from what he sees as misguided attempts to make parking ‘free’ and ‘plentiful,’ ” wrote Philip Langdon in an April 2005 review in New Urban News, the print subscriber-based predecessor to Public Square.

Since 2005, Shoup has gained a legion of followers and spawned a movement. Parking and the City is Shoup’s follow-up book—it includes 40 other contributors besides himself. The number of contributors is evidence of a movement, and the book demonstrates that they are making progress in transforming parking policy and attitudes. Cities and their residents have benefited, according to the research.

Parking and the City is 500-plus pages, including a 55-page introduction that is essentially a condensed version of The High Cost of Free Parking. Shoup’s observations are biting and wry:

• Parking requirements are a step up from astrology, but several steps short of The Farmer’s Almanac. They give pseudoscience a bad name.

And one of my favorites:

• Setting the parking requirement for any land use is like searching in a dark room for a black cat that isn’t there and claiming you have found it.

The art and science of parking has made leaps and bounds over the last decade, and Parking and the City brings parking nerds up to date. Research on housing affordability is particularly promising.

The first nationally representative survey shows that urban garage parking is costly to renters, for example. “We find that the cost of bundled garage parking for renters is approximately $1,700 per year, and the bundling of a garage space adds about 17 percent to a unit’s rent,” CJ Gabbe and Gregory Pierce write in Chapter 11. This is true even though many of these renters don’t own cars, and many of these spaces go unused.

A study in San Francisco showed that off-street parking requirements make housing more expensive. Having off-street parking raised the average household income needed to qualify for a mortgage to $76,000, from $67,000. “If the parking requirements had not existed, 26,800 additional households could have afforded condominiums,” report Bill Chapin, Wenyu Jia, and Martin Wachs. Parking reform downtown and in several adjacent neighborhoods allowed for development with 60 percent less parking and a 30 percent reduction in the construction cost of dwelling units—“enough to allow for market-rate housing that is more in line with the typical San Francisco household’s income.”

Parking requirements play a part in determining what kind of housing is built and discouraging the “missing middle,” according to researchers. “Because parking can consume so much space and money, parking requirements needlessly reduce variety in the type and location of housing available,” notes Michael Manville.

Policies to promote off-street parking reduced the economic development in cities studied by Chris McCahill, Norman Garrick, and Carol Atkinson-Palombo. “For the six cities we considered, each parking space added since 1960 reduces potential property tax revenues by between $500 and $1,000 per year,” they write. Parking is both a cause and effect of driving, “yet the changes in commuting behavior in cities that added more parking suggest that more parking increases driving.”

Placards and other problems

For something so simple, parking presents a wide range of potential problems to be solved, from drivers who pile up parking tickets to those who abuse free parking through improper use of disabled placards. “Police stakeouts in Alexandria, Virginia, in 2010 found that 90 percent of disabled credentials were being used illegally,” according to Manville and Jonathan Williams. Parking and the City reports on tested tactics and strategies to resolve such issues.

Eliminating off-street parking requirements does not mean parking is eliminated. Portland, Oregon, eliminated parking requirements on sites within 500 feet of frequent transit service—the area mostly likely to be attractive to people living without a car. From 2006 to 2012, 122 apartment buildings were constructed: 55 percent had parking, 45 percent did not. In all, developers provided an average of 0.6 parking spaces per unit in transit-rich neighborhoods.

For those who seek to manage and reform parking—and for urban planners, developers, transportation specialists, and policymakers—Parking and the City is an indispensable resource.