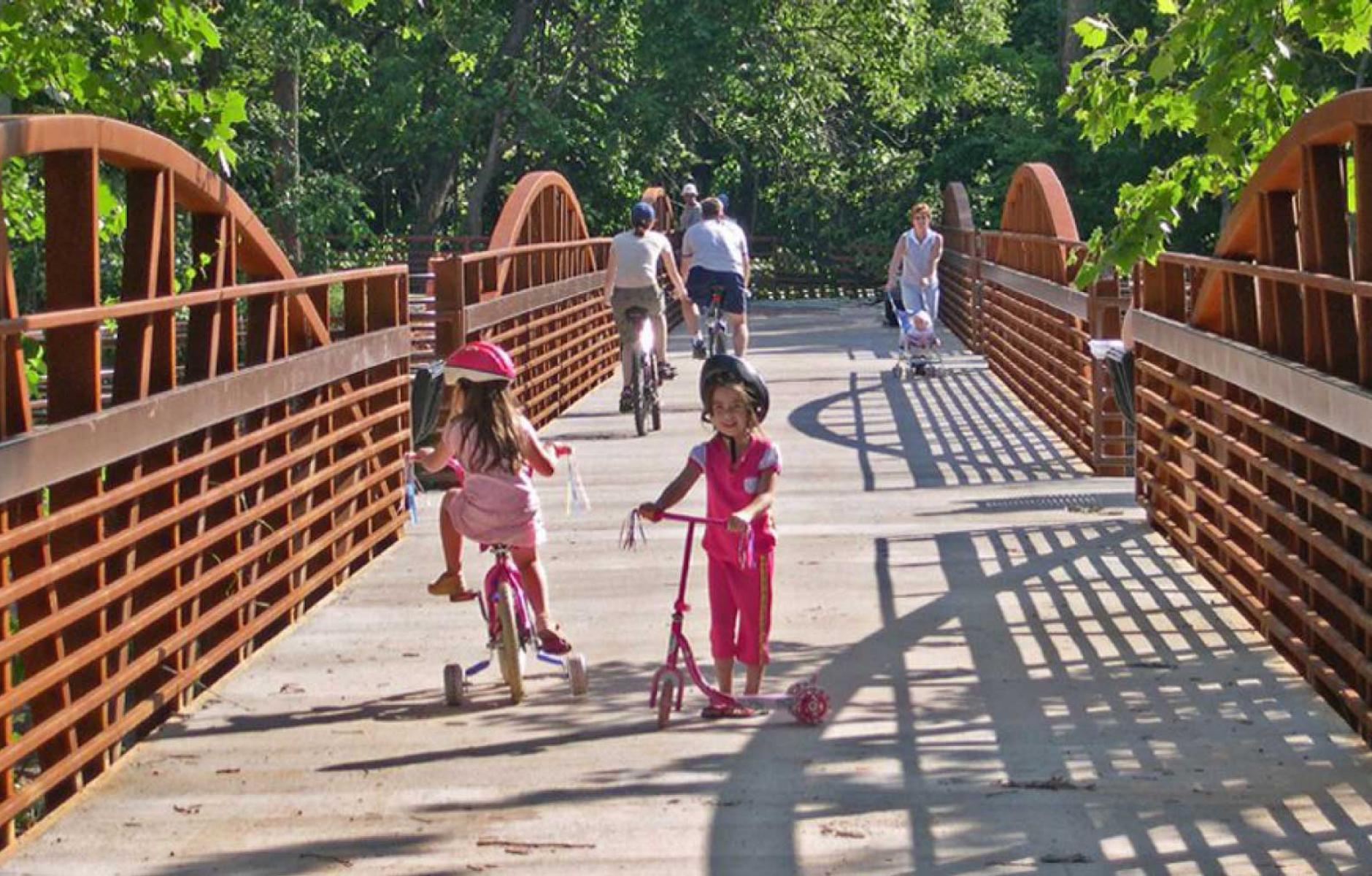 The benefits of bike trails

In an effort to make sprawling Northwest Arkansas more livable, 163 miles of bicycle paths and trails have been built in recent years—including the 37-mile Razorback Greenway that links all of the region’s significant cities.

Studies show that bicycling in general provided $137 million in health and economic benefits to the region in 2017, reports the Walton Family Foundation. The foundation provided $74 million for the construction of the trails over the last 10 years, working with municipalities that provide ongoing contributions—and use of trails rose 24 percent in the last two years.

The trail system is one layer of reforms, along with form-based development codes, revitalization of historic main streets, and investment in culture and the arts, that are designed to make this region more livable. Bicycling infrastructure is a suburban retrofit strategy in Northwest Arkansas.

In the middle of the 20th Century, Northwest Arkansas was a rural area of a few small towns and countryside. The region experienced burgeoning growth in the last 40 years as Walmart, based in Bentonville, Arkansas, grew into one of the world’s largest corporations. Other large corporations, J.B. Hunt Transport Services and Tysons Foods, are also based in the region of more than a half million people.

The developed area of the region is now largely conventional suburban fabric, a pattern that has raised concerns among leaders who want to attract young, educated workers—a demographic noted for their preference of walkable urban neighborhoods.

The creation of the bicycle network centered on the Razorback Greenway spine was one of the first responses. Three recent studies, by consultants and the foundation, were intended assess the impacts of these investments. Tourism is one sector that benefits. “In the last 12 months alone, more than 90,000 mountain bike tourists visited Northwest Arkansas at a rate comparable to notable destinations like Oregon and British Columbia. The report also showed locals reported spending more than $21 million in 2017 on bicycling goods and events,” the foundation reports.

Perhaps the greatest transportation benefit to is through linking the cities by trail, providing one alternative to motor vehicles. One of the three studies looked at 10 other cities and regions with trail systems—Minneapolis, MN, Austin, TX, Raleigh, NC, Greensboro, NC, Lancaster, PA, Chattanooga, TN, Columbia, SC, Huntsville, AL, Lexington, KY, and Spartansburg, VA—and compared these systems to Northwest Arkansas. See the three studies: