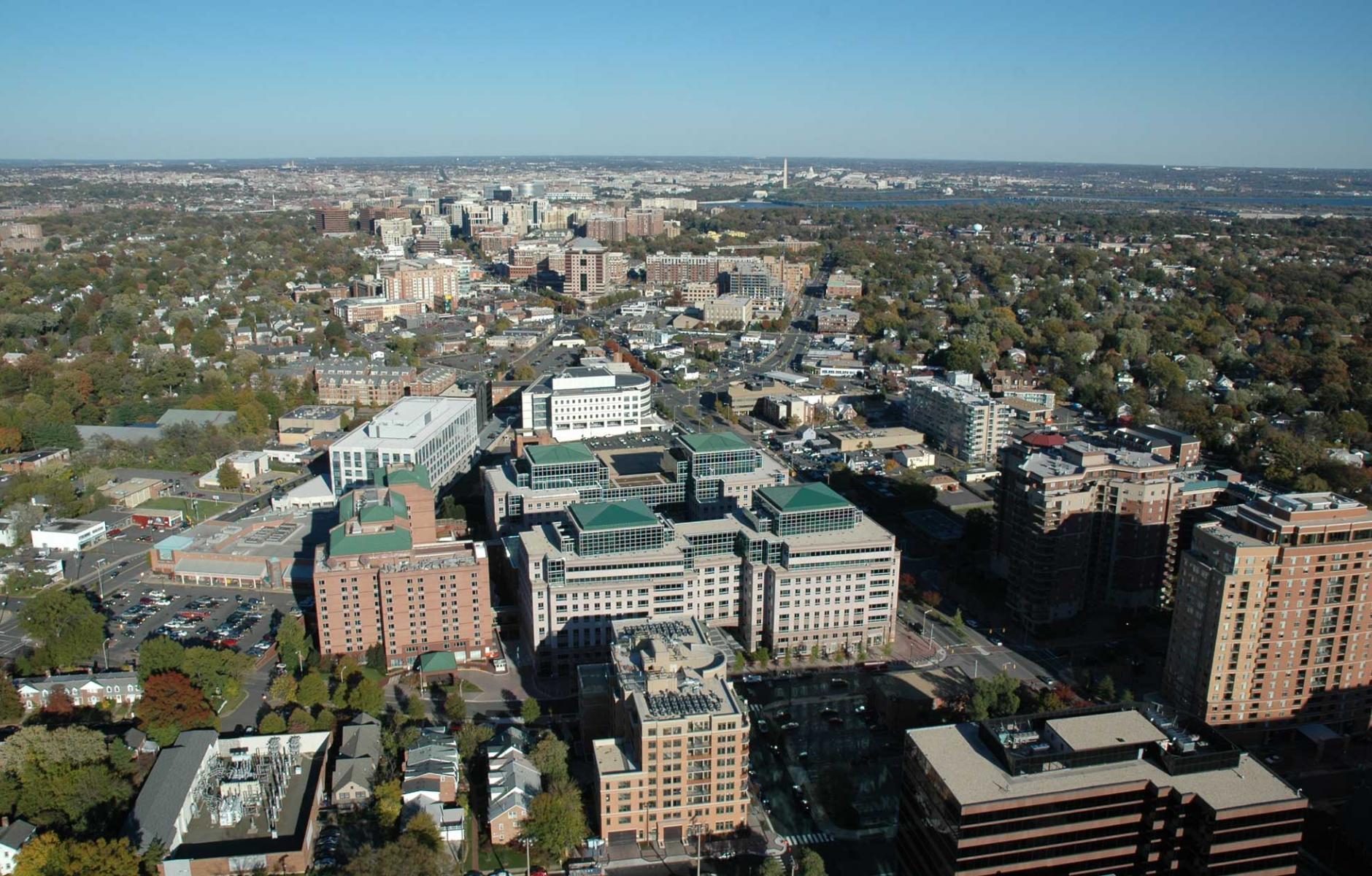 “Without damaging a blade of grass on a single lawn” suburbs across North America can transform outmoded shopping centers and office parks “into a new generation of compact, dense, walkable, mixed-use, urban places that accommodate multiple dreams,” writes architect and urban designer David Dixon in Suburban Remix: Creating the Next Generation of Urban Places.

The vast scale of the suburbs makes that statement plausible. For good or ill, most of suburbia will not change much in coming decades. Yet key places within the suburbs are transforming, and Suburban Remix makes a strong case that suburban retrofit is a powerful force in the American landscape—backed by local political will and significant capital.

This trend has been underway for some time—Retrofitting Suburbia (2008) introduced the topic and Reshaping Metropolitan America (2013) explored the demographic changes. Suburban Remix updates the story in a way that will be easy for nonprofessional public officials in suburban cities and towns to understand.

This trend is gaining steam due to the aging of the suburban population—combined with the strong preference for walkable places from college-educated millennials (those without college degrees still choose conventional suburbs). Businesses, especially tech firms, are following the young professionals to urban centers. In a nationwide survey, 83 percent of firms said they would prefer to locate office space in walkable urban centers rather than single-use office or industrial parks. Smart suburban leaders have figured out they must adapt or wither economically, according to the authors.

Most of the case studies cover large-scale commercial development in relatively wealthy suburbs. Suburban Remix has less to say about small-scale interventions by developers and towns with limited capital—instead focusing on redevelopment of the kind of suburbs that boomed in the late 20th Century.

The 1,000-acre Bridge Street District (BSD) is the answer to shifting markets and demographics in Dublin, Ohio. A suburb of Columbus, Dublin expanded from a tiny village of less than a thousand people in 1970 to 45,000 residents and 50,000 workers by 2015. But leaders could read the writing on the wall. “First, as baby boomers aged and began selling their homes in increasing numbers, it was unclear whether there would be enough buyers for those homes,” writes planning and development consultant Terry Foegler. … “Second, other suburbs were developing more competitive” mixed-use office districts.

Dublin’s citizens were skeptical at first, but came to strongly support the plan—with 88 percent saying it would strengthen the city’s economy. “The consultant team helped paint a picture for the community of the walkable BSD not as undoing Dublin’s suburban character but adding a new layer to it,” Foegler says.

This new development will connect to the city’s small, historic village center via a dramatic pedestrian bridge, a bold gesture that will create an iconic new symbol for Dublin.

The city conducted detailed implementation studies in transportation, fiscal impact, and form-based codes, and the project broke ground in 2015. With the first phase of 3 million square feet of development completed as of early 2018, the Bridge Street District looks like a big success. In February, a news story on the district was headlined “Office space proves more popular than anticipated.”

New Urbanism is making a broad impact on many suburbs, according to Suburban Remix. Tysons, Virginia, the well known “edge city” outside of DC, is establishing an interconnected network of streets and mixed-use urbanism around four new transit stations along DC Metro’s expanded Silver Line.

Yet the grid of streets planned for Tysons also exposes the challenges of transforming suburbia. The grid is mostly internal, with few connections to surrounding subdivisions. Three highways interrupt the network. The plan now underway is a huge improvement, yet ongoing retrofit is needed, perhaps decades from now, that connects the downtown to surrounding cul-de-sacs and loop roads. Those changes are not politically feasible today, but today’s urbanization was scarcely imaginable a generation ago when Joel Garreau wrote Edge City—using then-called Tysons Corner as the chief example.

The story of Arlington, Virginia, has been told many times, but it is worth retelling in more detail in Suburban Remix. The scale of new development in Arlington is awesome. Sixty million square feet was built in the Rosslyn-Ballston corridor. The fact that this development took place with little or no additional traffic on major corridors is a nearly miraculous and counterintuitive achievement. Yet the traffic counts prove it. The achievement is possible because the workers and residents walk and take transit.

Arlington’s transformation had its roots in the decision to welcome the Metro subway in the 1960s. That led to a crude “bullseye” plan for growth around the stations. The full potential of Arlington was realized when new urban planning was adopted in the 1990s. This approach was used in other areas of the county—without Metro stops—starting in the 2000s.

Bellevue, Washington, is less-well-known suburban transformation—at least on the East Coast. Bellevue was a sleepy farming town in the 1940s with just over a thousand residents and a small main street. Today it has the second largest downtown, behind Seattle, in Washington State. The downtown is truly cosmopolitan and walkable and is home to a large number of tech firms.

Bellevue’s downtown can be traced to surprising policies established by a conservative government in the 1970s, writes architect and urban designer Mark Hinshaw. City leaders chose to concentrate density in the downtown area (and keep density out of the rest of the city), require zero-lot-line buildings that meet the sidewalk, and set parking maximums rather than minimums. These were radical policies well before New Urbanism and smart growth became popular. Later on, Bellevue established more sophisticated design standards based on New Urbanism ideas. Now the city, linked to the regional transit system, is a new kind of suburb and highly competitive in the tech economy.

Suburban Remix makes that case that autonomous vehicles will contribute, not detract, from suburban density and mixed use. While individually owned autonomous cars will likely promote sprawl, Dixon argues that shared autonomous vehicles (SAVs) will have a greater impact. “SAVs will reinforce a pro-urban lifestyles and market preferences and provide a catalyst for expanded compact, walkable development in cities and suburbs alike,” he says.

Large-scale suburban transformation is difficult. It takes strong leadership, extensive community engagement, and willing development partners—any of which may be lacking in particular suburbs. But the benefits of suburban placemaking are tremendous, according to urban planner Jason Beske.