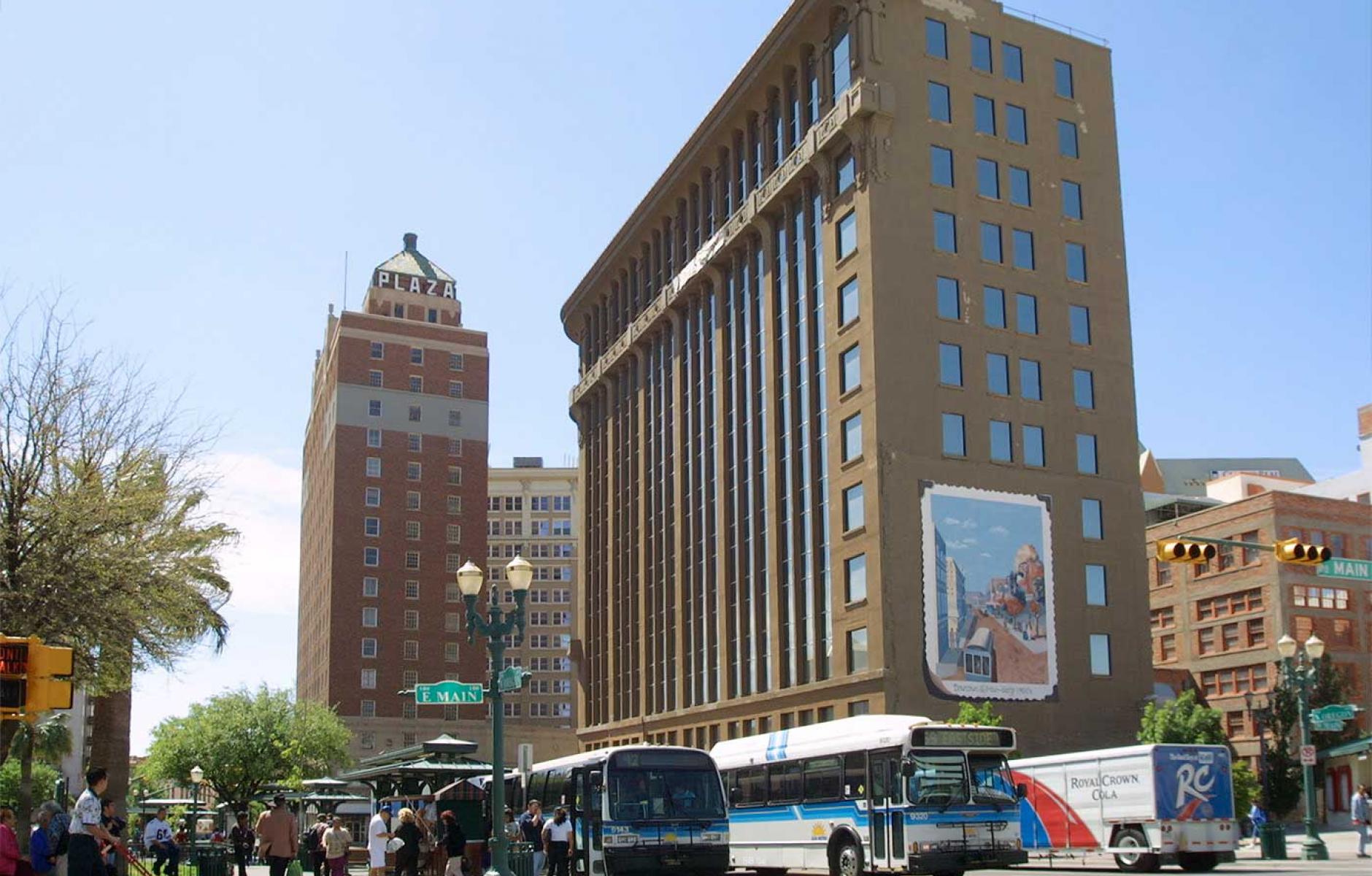 Building a healthier downtown and region

Downtown has come back to life while the city is building a transit framework for walkable, mixed-use growth along corridors.
ROBERT STEUTEVILLE   &nbspMAR. 8, 2018

The assessed value of downtown El Paso, Texas, has risen to $329 million, from $191 million in 2005, according to a February report in the El Paso Times. These values put numbers to a revival that has transformed the downtown to a destination for locals and tourists, writes Steve Ortega, a member of the board of the Downtown Management District.

Moreover, the city is testing a 4.8-mile, 27-stop streetcar that will connect downtown neighborhoods and promote more revitalization.

The City of El Paso grew up around rail and the streetcar but, like most American cities, it was remade for the automobile and sprawled far into the countryside in the 20th Century. Now, new developments are focused on people again while the city is reoriented toward transit, walking, public places, and mixed-use.

Since, 2012 when the plan was adopted, the city built a new baseball stadium downtown, created parks and renovated public spaces—including downtown’s San Jacinto Plaza—completed future land-use plans based on the SmartCode, and streamlined permitting for developers. More than 100 city officials have received formal New Urbanism training—an initiative that is helping to change the culture of city hall.

“Based on the Plan, the El Paso Planning Department is making strides toward a more livable, pedestrian place complete with mixed-use zoning, street trees and public transit,” says Geoffrey Wright, chairman of the City Plan Commission. “It is a goal of the Plan Commission to densify our suburban city, which is like so many other post-automobile western cities.”

The plan simply “lays the groundwork for how to create … a healthier city and region,” says Michael Kelly, director of programs for Paso Del Norte Health Foundation.

Four bus rapid transit (BRT) lines create a framework for development. The first opened in 2014. The 8.6-mile route with 22 stations offers buses every 10 minutes during peak hours. Another line may open in 2018.

New mixed-use developments, many of them conversions of older buildings, are underway downtown. “During the planning process, a 30-acre dead mall site in Northeast El Paso was redesigned as a mixed-use walkable neighborhood anchored by a new transit terminal. The SmartCode was applied to the site. The transit terminal will be a terminus for one of the city’s four new bus rapid transit (BRT) lines emanating from Downtown El Paso.” The city received a $10.3 million federal grant to build the terminal. 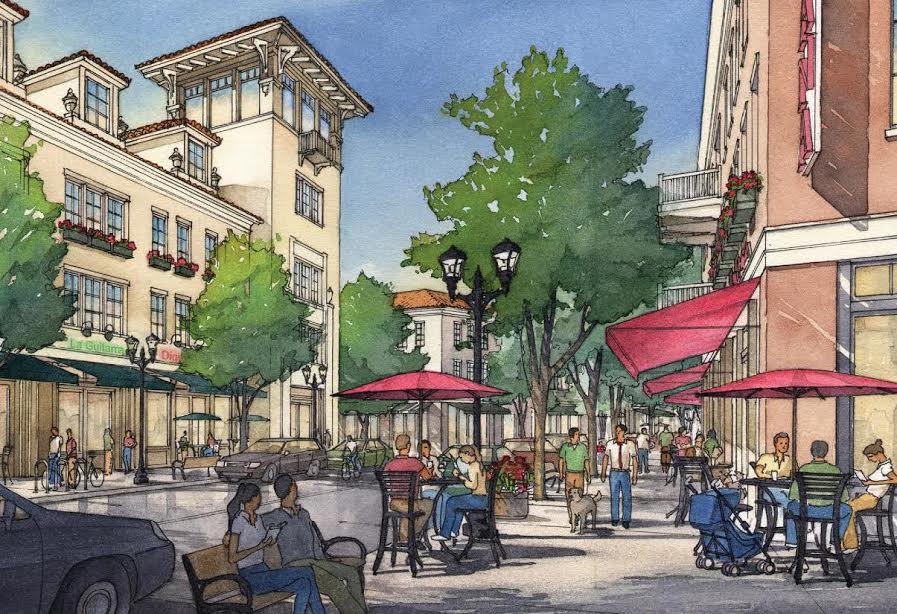 The town center slated for the site of the defunct Northgate Mall, connected to the Bus Rapid Transit system. Source: Dover, Kohl & Partners

Partly as a result of this plan, written by Dover, Kohl & Partners, the Texas DOT approved $97 million in funding for the streetcar, which will return vintage streetcars to the city for the first time since the 1970s. “After a 40-year hiatus, streetcars will again be part of El Paso’s identity.”

Plan El Paso won a 2015 Charter Award for the City.