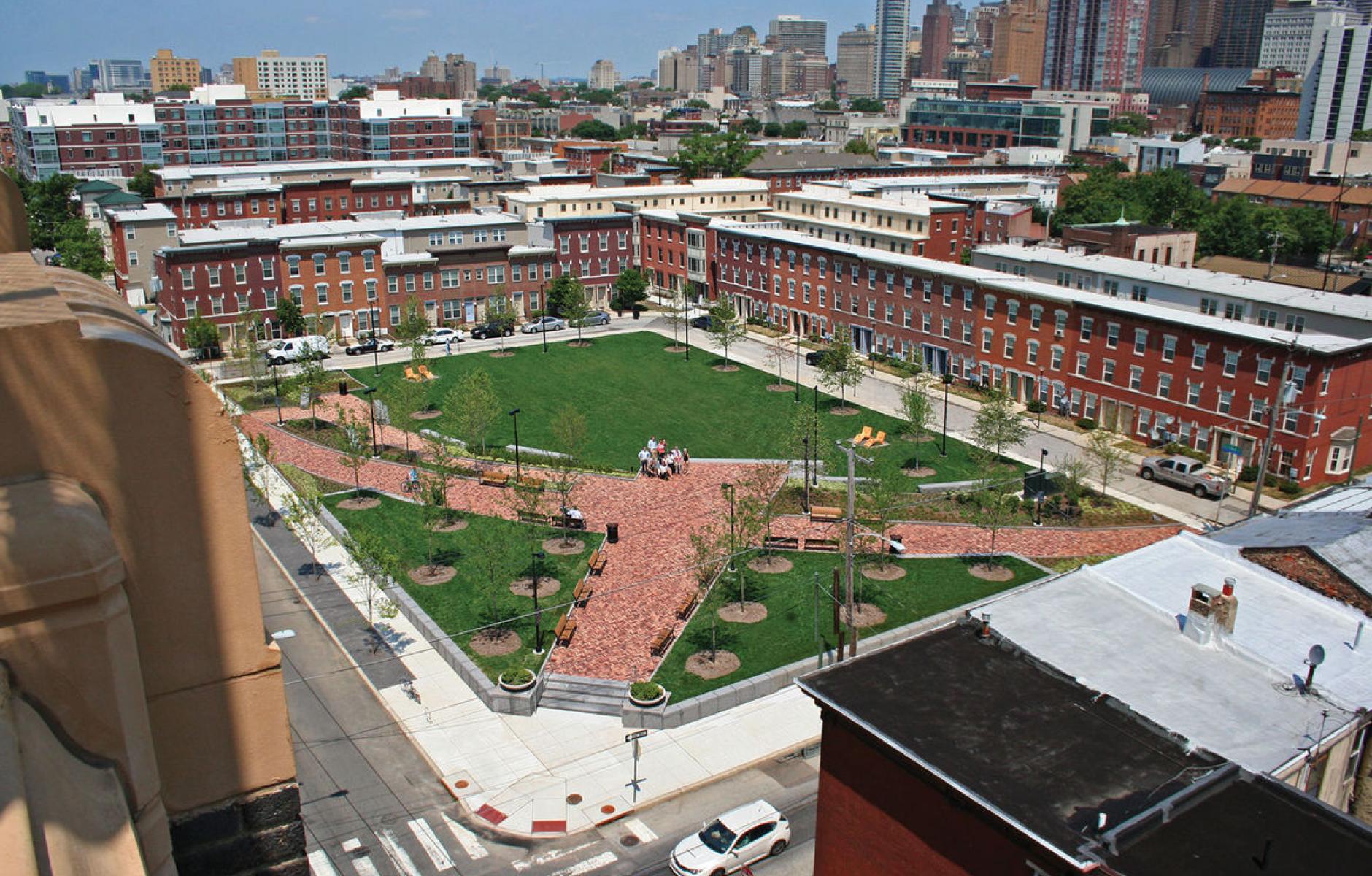 Public housing at the heart of neighborhood revival

In a half century, a neighborhood was cleared for public housing towers. Then the failing towers gave way to a new neighborhood.
ROBERT STEUTEVILLE   &nbspMAR. 2, 2018

Philadelphia Inquirer architecture critic Inga Saffron remembers Hawthorne as a "notorious, crime-ridden area," that is today a completely different place. Like many neighborhoods adjacent to Center City, the area now struggles with gentrification. Yet about 250 homes surrounding a new park at the heart of the neighborhood are permanent public housing, reserved for low-income residents. These residents occupy the most desirable part of Hawthorne, which is an achievement.

Torti Gallas + Partners designed the brick rowhouses and the neighborhood plan. LRSLA Studio, landscape architects, detailed the new park that is one of the more active neighborhood greens around Center City, with events like regular live jazz music. But the green also serves more quotidian purposes, like a lawn for impromptu sports and a play area for children.

A looming presence in Hawthorne in the last half of the 20th Century, four towers of the former Martin Luther King Plaza were imploded in October of 1999. A resident for 40 years told the paper about seeing blue drug packets scattered on the ground everywhere. The towers stood out as public housing, while the newer 2- and 3-story townhouses are impossible to identify as such based on their appearance.

The “superblock” that held the towers has been segmented into smaller blocks, typical of South Philadelphia, with narrow streets and on-street parking. A small park, reminiscent of many historic Philadelphia squares, was carved out of the development. Dedicated in 2012, Hawthorne Park is the venue for a popular "movie night" and and other events. A mix of incomes, ages, and races gather there, which never happened in the old Martin Luther King homes.