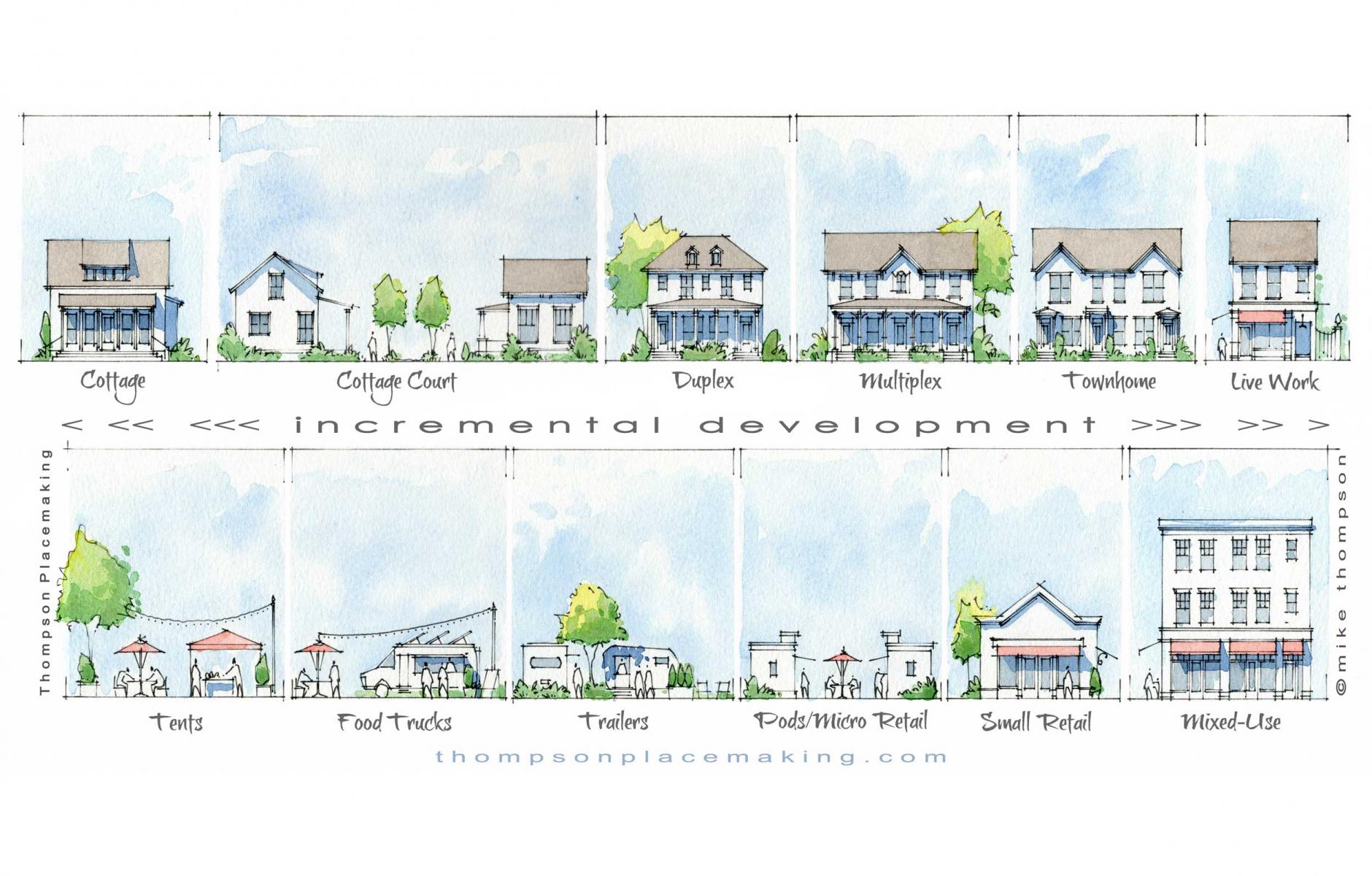 Image by Mike Thompson
Got A Minute

The term "missing middle" is widely used to describe small-scale, incremental housing development, but what about the commercial element that helps make a neighborhood attractive? Many experts advise that a certain number of "rooftops" are needed for commercial development, which leaves a chicken-and-egg problem. Hence the incremental development transect, above, recently drawn by architect Mike Thompson.

The image suggests that commercial can be bootstrapped in the same way as residential, and the two can be established through small-scale projects simultaneously—a "chicken omelette," as labeled by developer and designer John Anderson. Businesses can be incubated, when nothing else will work, in tents on underused parking lots. That is particularly handy if the neighborhood center is an all-you-can-eat buffet of excess parking.

The small-scale commercial transect, bottom row of the drawing above, then moves on to mobile food trucks, and then semi-permanent trailers and pods of trailers—which need a low level of infrastructure such as electric and cold water. Beyond that basic level are small retail buildings and finally mixed-use walk-ups.

Meanwhile, other incremental developers can build residential units, starting with cottages or other missing middle types. All of the units shown, including commercial and residential, can be constructed by local builders and tradespeople with simple finance tools, like 30-year mortgages. No major developers are required. The goal, Anderson says, is revitalization of the neighborhood.