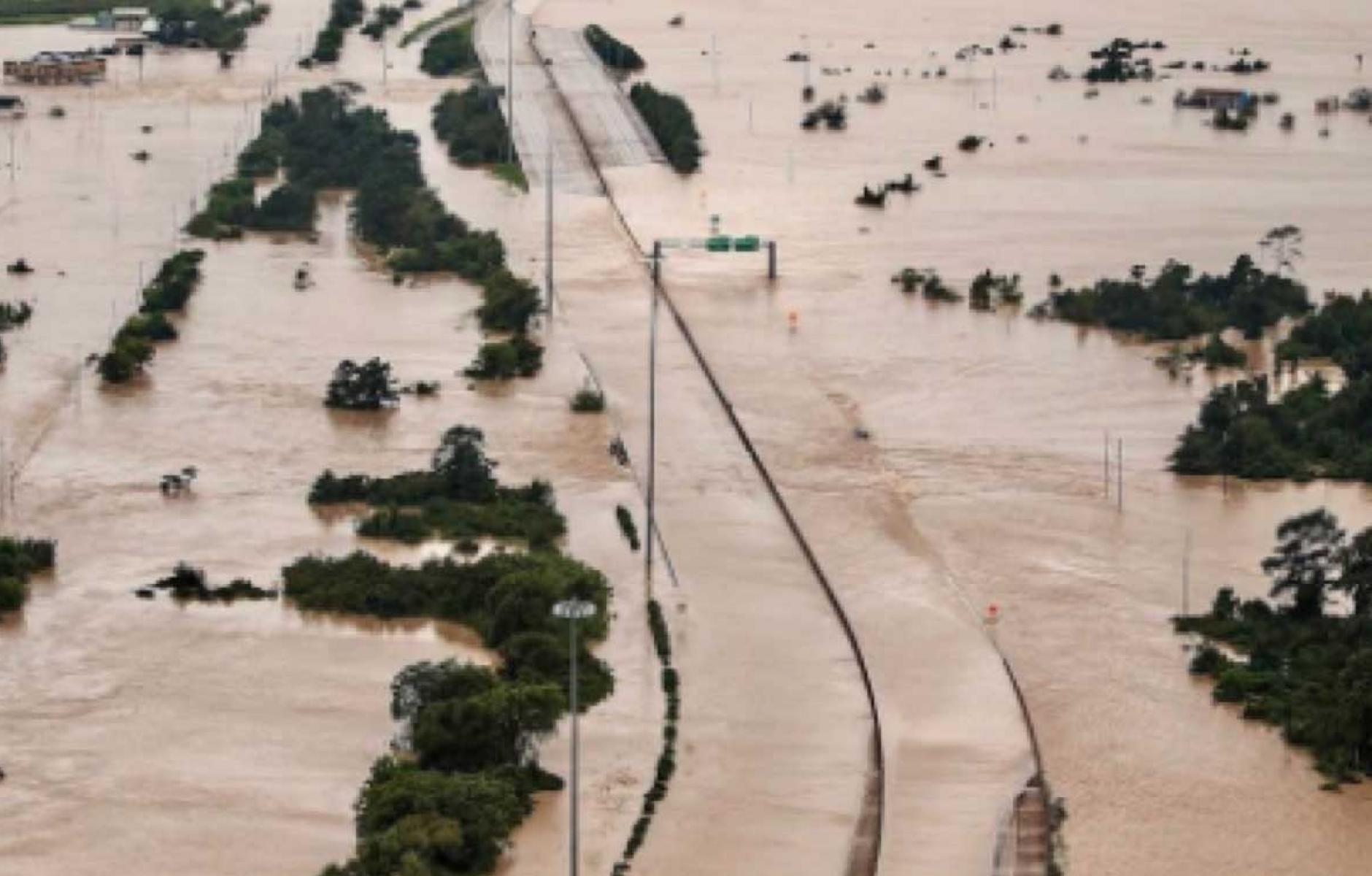 Dealing with a donkey's view of climate change

Urbanists can contribute mightily to solving the climate problem—got any plans for the next few decades?
ROBERT STEUTEVILLE   &nbspOCT. 10, 2017

The Congress for the New Urbanism held a Climate Summit in Alexandria, Virginia, early this month to brainstorm on solutions to climate change.

The recent catastrophic hurricanes in Puerto Rico, Texas, and Florida—some link the heightened storm activity to climate change—makes the topic especially urgent. The tendency of citizens and elected officials to repeat the same mistakes over and over again makes the task daunting.

In an online discussion of the summit, “a new proposal by Maryland's governor to add 110 miles of additional freeway and toll expressway lanes in suburban Washington DC in order to relieve traffic congestion,” was mentioned.

Environmentalists and smart growth advocates point out that freeways never relieve traffic congestion for long. The well-documented effect of “induced demand” would soon fill these lane-miles, because people are quick to calculate how much further away they can live from jobs, schools, shops, or anything else they need, based on the additional highway capacity.

Traffic and infrastructure decisions are often simplified into two factors—congestion and highway construction—and that bodes poorly for our society’s ability to solve complex problems. A massive highway project impacts quality of life, economic development, and climate change—and those factors are shoved to the side—let alone examined in comparison to alternative uses for $9 billion, the cost of the highway scheme.

“I've started thinking of the situation like it's a donkey with a carrot tied to its forehead,” says urbanist Laurence Aurbach, who cited the highway proposal. “The donkey is the status quo of endless roadway expansion. The carrot is congestion relief. The donkey keeps walking toward the carrot but never reaches it. It keeps putting one foot in front of the other, trying to get that carrot, because the carrot looks like the whole, entire goal.” The donkey doesn’t look where it’s heading—perhaps over a cliff in the long run.

“Siloing” of problems is endemic to 21st Century US—especially in higher levels of government—in every state and the nation’s capital. Proposing to spend such a mind-boggling sum on something that doesn’t even solve the problem it addresses while exacerbating what is arguably the top global issue of our time is a trifecta of shortsightedness. And it is business as usual.

The “elephant in the living room” is sprawl. “Land use is not a big consideration in today’s climate action plans being adopted by cities,” notes Jen McGraw of the Center for Neighborhood Technology, reporting at the summit. “Affordable transportation is not prioritized.” CNT’s peer-reviewed Housing and Transportation Affordability Index dramatically illustrates the huge impact that urban form has on household carbon emissions in every metro region in the US.

Greenhouse gas emissions of the average US settlement are seven times that of Stockholm, a city with comparable standard of living—according to the graph created by architect Michael Mehaffy, based on McKinsey & Co. and World Resources Institute data. 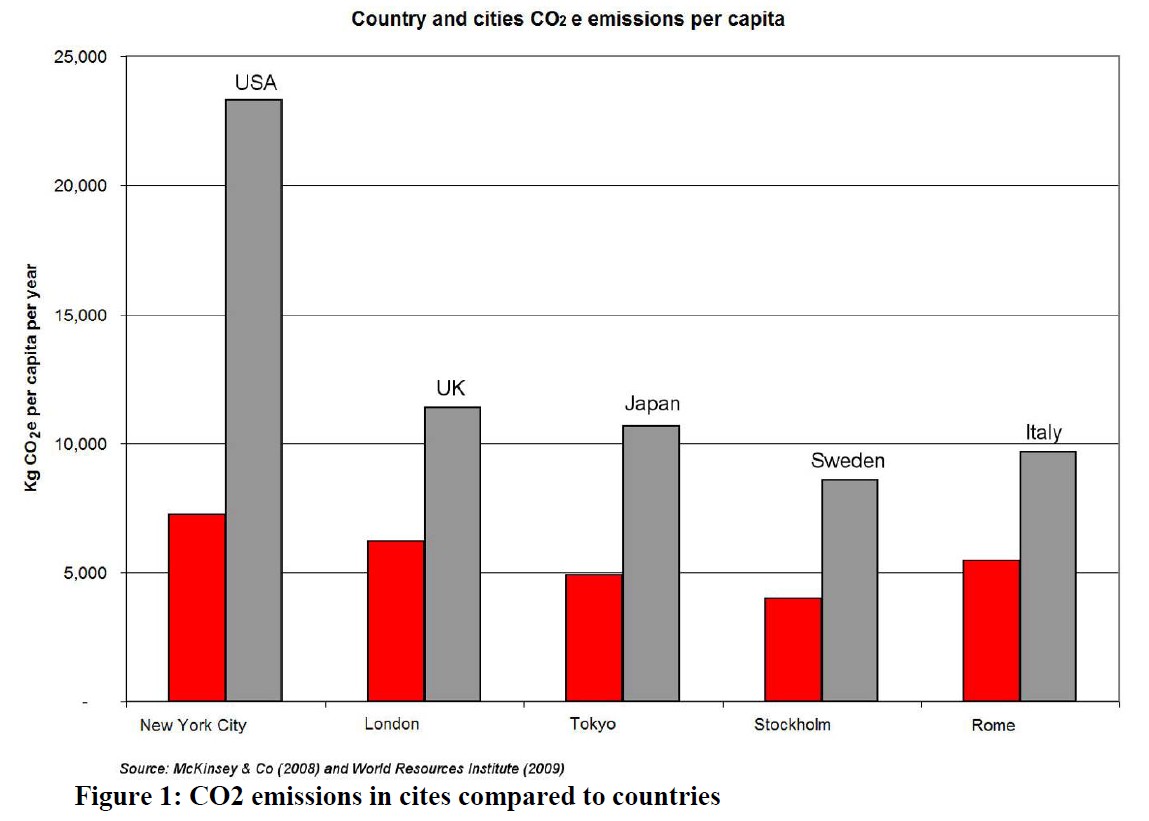 Urban planner Peter Calthorpe has been attacking the climate problem for 15 years and wrote the 2010 book Urbanism in the Age of Climate Change. “All areas of government intersect in urban planning. Cities are not a collection of silos! Central to all climate change impacts—transportation, energy, land use—is urban form.”

Maybe the problem is like asking a fish about water. The fish asks: “What is water?” We are immersed in the built environment nearly all the time. It surrounds us completely. It is easy to step outside of a car or building and look these things independently. But seeing neighborhoods, cities, and towns for what they are what they could be is more difficult.

Al Gore once called climate change “the inconvenient truth.” At CNU, urbanism has been called “the convenient solution,” because it cuts carbon emissions and costs and raises quality of life simultaneously. Shelley Poticha, the Urban Solutions leader for the Natural Resources Defense Council, highlighted the multiple benefits of urbanism at the summit.

“We can lead on climate change, on health, on jobs, on economic vitality. The same interventions,” address all of these issues, Poticha told the gathering. “… The tools we have been talking about for almost three decades are the same ones that improve people's lives and help us with this daunting climate challenge.”

“By focusing on building walkable places and making buildings more energy efficient we could make a big dent in the problem of carbon emissions,” she says.

Urbanism can also address both mitigation and adaptation—and both are necessary. Miami Beach is raising its streets—but not the buildings, and the buildings are flooding, notes architect Steve Mouzon. Many cities, like Chicago, Galveston, Atlanta, and Boston, have raised their buildings and streets in the past—and this can be done again. But these were compact city centers, not entire metropolitan areas—like Houston.

Progress will not be easy. The donkey keeps walking toward the carrot. But does anybody have anything better to do with the next few decades than to try to solve one of the world’s most intractable problems? Especially when the solutions are all around us? “As long was we can accept that there are no guarantees or promises, we might as well see what we can do,” concludes architect Paddy Steinschneider.