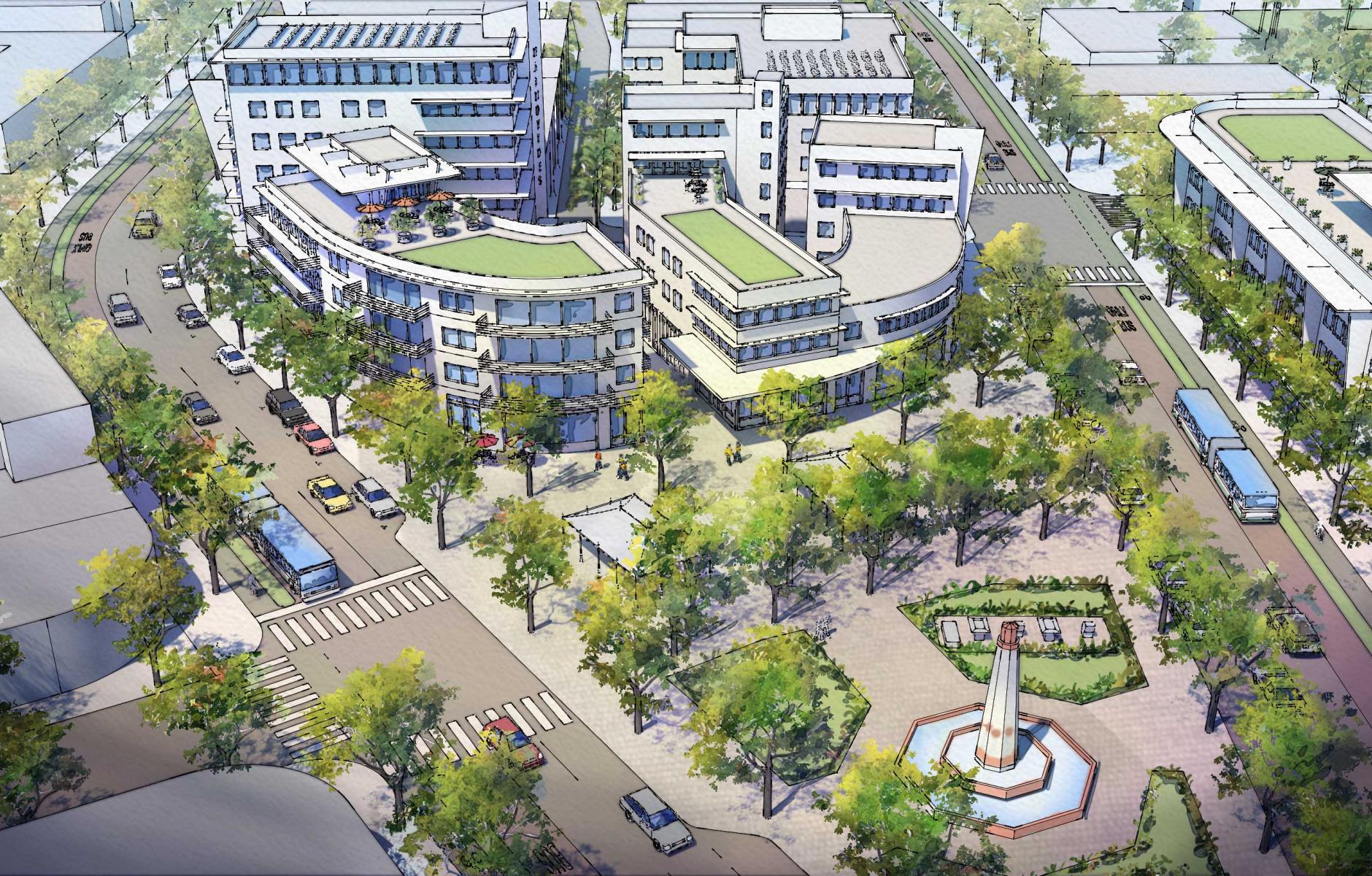 A planned public space in an area that is currently a sea of parking. Image courtesy of Dover Kohl.
Sustainability

Building on local assets for resilience

Irma and Harvey raise the issue of resilience in coastal communities that are prone to hurricanes, and Miami Beach, Florida, is among the most vulnerable—yet the city is growing steadily this decade.

For the Miami Beach neighborhood of North Beach, climate change, historic preservation, affordable housing, and walkability are all interrelated issues. Now, Plan NoBe (short for North Beach) has provided a blueprint for new development grounded in existing culture that showcases what is great about the community. In late 2016, as a direct result of the 1,100-acre Plan NoBe, more than 300 historic structures— including stellar examples of the “Miami Modern” style built between 1930 and 1960—were protected through the creation of three historic districts.

Miami Modern is a unique, regional style of modernism, standing in stark contrast with the uniform International Style thatprevailed over much of the world. Its protection is justified on cultural grounds, but the issue transcends architecture. More than 5,000 units of workforce housing, threatened with demolition, were also saved as part of that effort.

Unlike South Beach, NoBe lacks a walkable center. Regulatory changes, including form-based standards and higher height limits, were adopted to allow for mixed-use development and a new town center. The plan paves the way for a walkable, human-scale street and has led to immediate proposals for new development.

One key to success of the plan was strong public engagement. “Having worked in government for over 25 years, it was incredible to witness the level of public involvement in the Plan NoBe effort,” says Jeffrey Orvis, Miami Beach Director of Economic Development.

The Charter of the New Urbanism is addressed in five key ways. A new town center will serve as the heart of the community. Residents and tourists will have more choice in transportation. Neighborhoods will be protected and enhanced, while public lands will be better utilized, including adaptation of existing civic buildings and conversion of an underused parking lot into a park. And equally important, new buildings will be built to last.

“The Master Plan is a visionary and an aspirational statement,” says Philip Levine, Mayor of Miami Beach. “I am excited for this incredible vision.