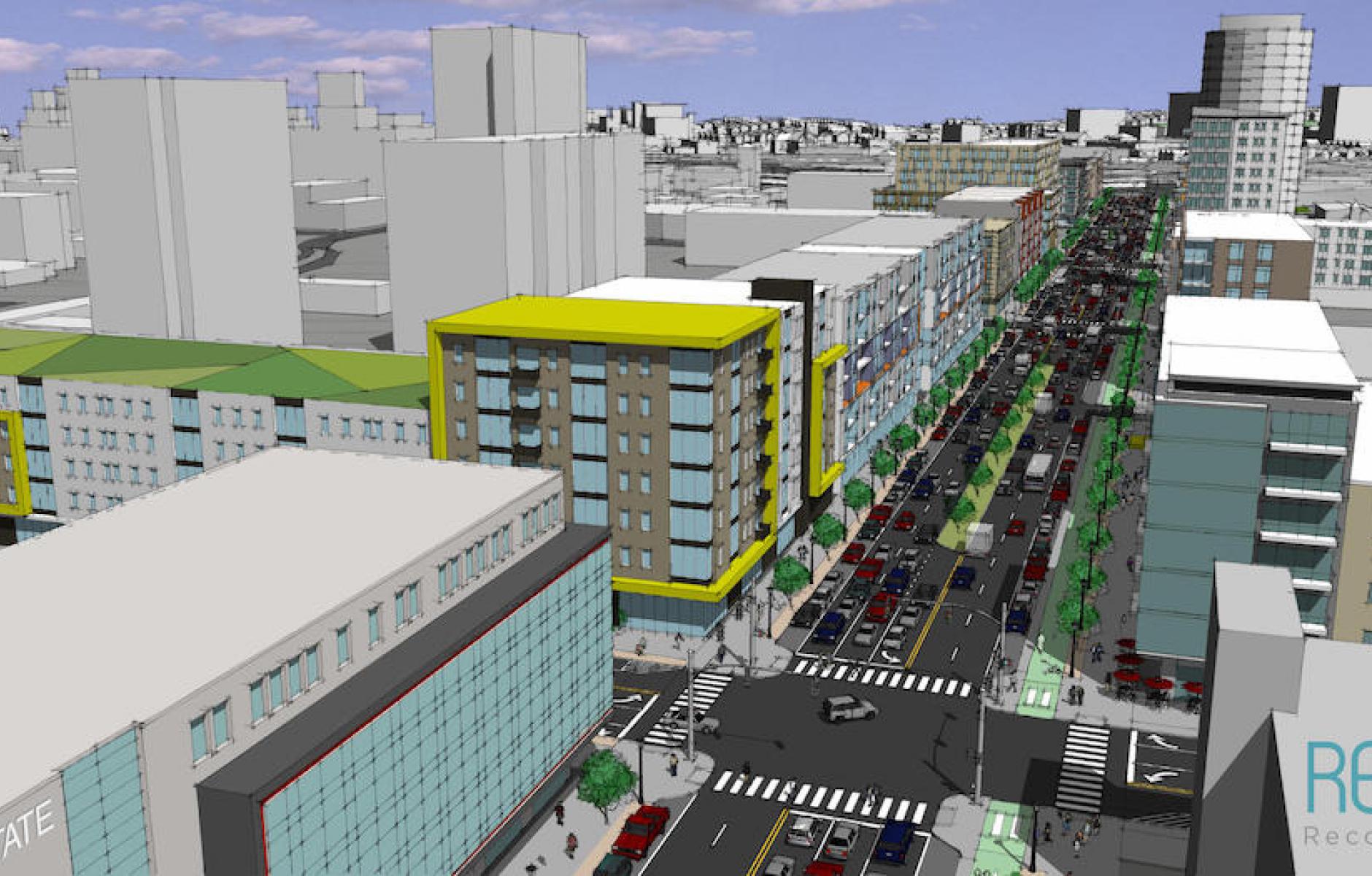 A vision for transforming Route 81 in Syracuse, NY, from an elevated freeway to a boulevard.
Transportation

Rethinking the future of state DOTs

Here's six ways to transform communities and revitalize our economy by repurposing state departments of transportation, which are currently organized based on an outdated 1950s model.
GARY TOTH   &nbspAUG. 24, 2017

The modern state Departments of Transportation (DOTs) were created, by and large, in order to build the Interstate System and associated freeways. Most American roads were dirt until several decades into the 20th Century, and the idea that we needed specialized agencies created specifically to expand our road network didn’t take hold until the 1930s. The empowering of large specialized transportation agencies received a major boost in 1956, when Congress, attracted to the potential and freedom that safe and modern roads could bring, created the National System of Interstate and Defense Highways in 1956. As part of this, Congress also issued a mandate to create 40,000 miles of new roads in twenty years.

Starting in the 1950s, the transportation industry mobilized in an unprecedented way to deliver a new generation of highways that would eliminate obstacles to the rapid flow of traffic. Planning in the U.S. was soon dominated by engineers, with community planning taking a back seat to transportation. As such, the influence of citizens, advocacy groups, and planners in other fields began to decline. Excited by the major—and generally positive—transformation of the American landscape, both transportation professionals and the nation at large ignored mounting evidence of the unintended consequences of this huge road-building campaign.

Today, the accumulation of health, climate, social equity and environmental issues has become too large to ignore. The traffic congestion that has resulted from sprawling land development (and which was enabled by super highways) has eliminated the travel time gains realized from previous roadway construction and placed a significant drag on our economy.

No other single public or private entity comes close to having the resources, experience and skills to help the world solve the mounting problems that threaten our quality of life, including economic inequality, climate change, and numerous health issues.

In our current political climate, there is little appetite to build and resource huge new bureaucracies. Talent, expertise and the funding already exists within most transportation agencies. We simply have to re-tool the apparatus that was so successful in creating the high-speed network in the 20th Century.

Initiatives like the ones shown above could provide a model for how a new mission for state DOTs must involve creating a truly sustainable transportation system that provides local, regional and inter-regional accessibility at an affordable cost to families and businesses, while serving community needs for social and economic exchange. This would enhance each state’s global competitiveness while making the benefits of our economy accessible to all. It would not only minimize environmental harm but view its mission as helping to mitigate it, while protecting and improving our communities. It would also enhance our ability to lead healthy, active lifestyles, while distributing transportation services equitably among people of all ages, income levels, and abilities. In short, healthy transportation systems can be the foundation of our economy.

State DOTs and their customers need to think of transportation not as a goal in and of itself, but as a powerful tool for developing livable, productive, equitable and healthy communities.

How do we do this?

1) As Dan Burden once said, “focus on building communities through transportation, instead of transportation through communities.” Over the years, various state DOTs have piloted initiatives designed to broaden the impact of their programs beyond mobility. Although they never became mainstream, these successful projects can provide a good model for a renewed commitment moving forward. This can be codified through the creation of statewide and regional performance measures for environmental, energy, housing, land use, and equity, not just transportation. Some DOTs have already begun to develop these metrics, and we must now align the political will to ensure that internal performance is measured against them.

2) Overhaul the planning/programming frameworks behind current transportation project delivery. Transportation investment must be made using a systems approach that integrates transportation and land use planning at all levels of government, using a common set of principles and a focus on the entire transportation network rather than a single transportation project. This strategy will not only address the traditional statewide transportation needs, but also the goals of towns and neighborhoods. All levels of government will be able to accomplish far more for much less. For instance, a new local town center development could create a local street grid to absorb trafﬁc in a way that doesn’t dump local traffic onto the regional roads needed to handle regional and statewide traffic. Similarly, bus and rail stations could be built right into private development. In many instances, absent anyone else to do so, the state DOT would have to fund and supply land use planning consultants.

3) DOTs will need to accept the responsibility for “active transportation” (walking and biking) on all levels of the road and street system. In most states, the DOT only has responsibility for the state highway network and their efforts to support active transportation have been limited to the state network. Yet, with few exceptions, most of the walking and biking streets and destinations are on local roads. Unfortunately, most US communities lack the capacity and expertise to identify, scope, plan, design or construct successful biking and walking projects. To remedy this, DOTs will need to reapply their skills to assume a much larger sense of ownership and responsibility for fostering active transportation on local streets. “Ownership” does not necessarily involve assuming jurisdiction for local streets, but it does involve offering leadership, technical assistance, and funding support.

4) Make DOTs a center for statewide planning. In many ways, DOTs already serve as the de facto center of statewide transportation planning. Some have taken brief forays into conducting land use planning (from 2003 to 2007, for example, NJDOT was actually the largest source of integrated land use planning in the state of New Jersey). This planning capacity and expertise positions the DOTs to serve as centers of excellence to help government at all levels solve a wide spectrum of problems. Collaborating with other agencies such as Health Departments and Environmental Protection, DOTs can become a source of expert knowledge for legislators, towns, stakeholders, and others; a center for research and innovation in technology; and a model of a continuously improving, performance management oriented organization.

5) Share real decision making responsibilities with communities. The ultimate customer of transportation investments and service delivery is the community itself. More direct engagement of customers in the process would democratize transportation decisions to advance a host of community goals like those addressed above. In turn, there is evidence from around the US that sharing of decision-making can yield long-term benefits to the transportation agency itself. When several state DOTs—Maine, New Hampshire, New Jersey and Pennsylvania for instance—undertook planning and corridor studies that engaged stakeholders in collaborative dialogue, communities rallied around their agencies and pressed their elected officials for more funding. Project delays were reduced and the costs of paying consultants to find out how to best serve communities was reduced, because the communities provided that input directly and more clearly.

6) Make placemaking central to transportation decisions. The predominant approach to transportation planning and design is project-focused rather than place-led, and it continues to follow the model that was created to build the Interstate Highways. Community, environmental and social needs are still too often considered secondary. We need to make fundamental changes, and to revisit the historic role of transportation planning as a critical tool in supporting vibrant communities and the quality of life of their residents. This means that state DOTs must begin working with communities to create a Place vision, which should always be the first step in planning and designing transportation investments. This kind of approach is known as Place Governance, and it can help every citizen, developer, and special interest group to understand how transportation projects can contribute to the greater good rather than simply benefiting vehicular travel. Mostly importantly, citizens will end up with better communities, not just better roads. 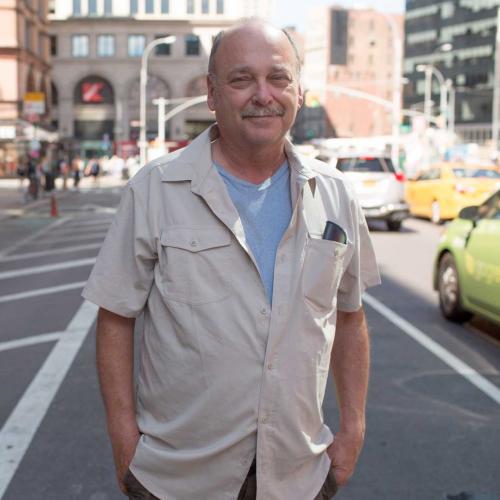