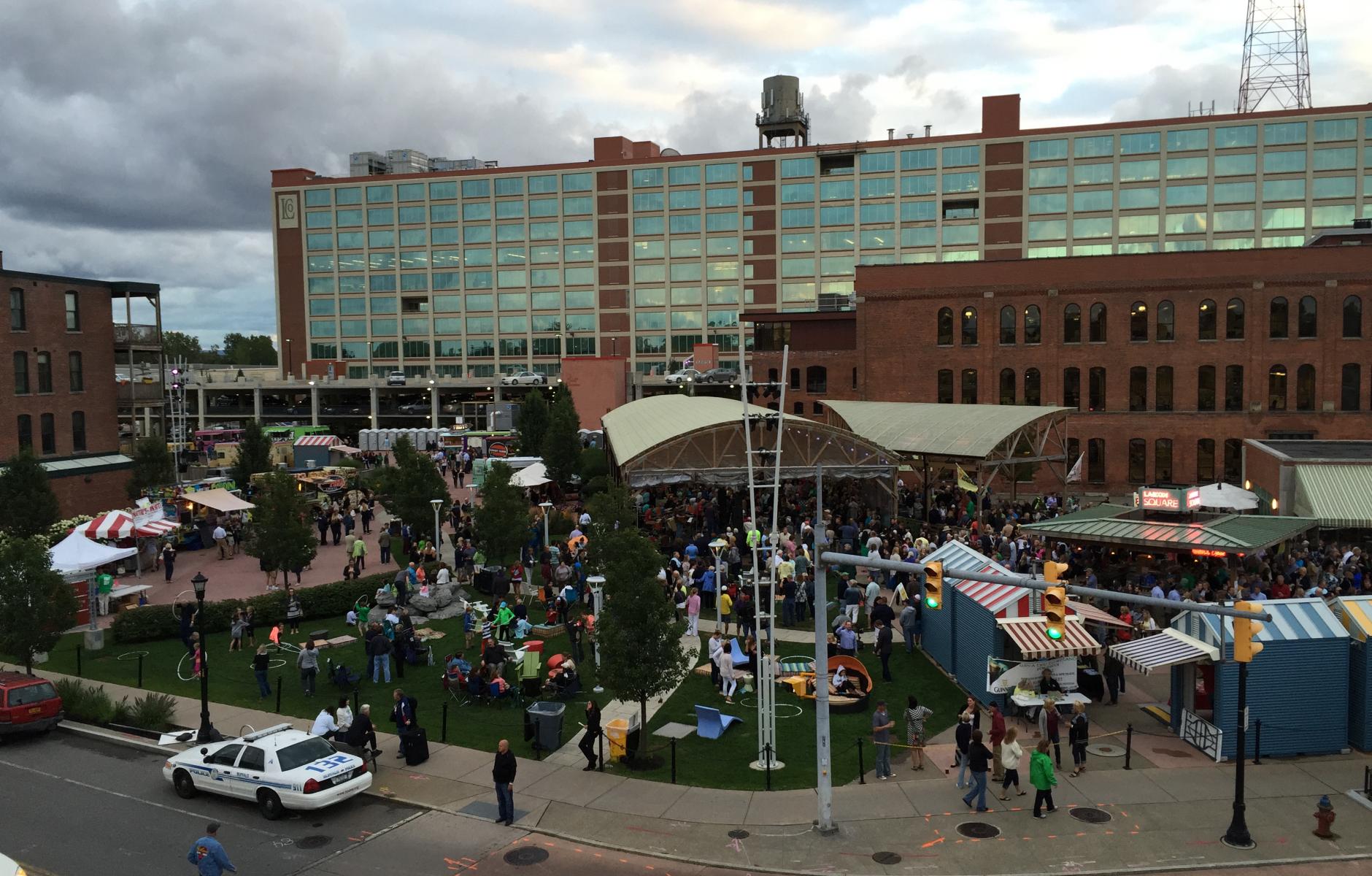 Lively Larkin Square with the old warehouse buildings in the background, no repurposed as modern workplaces. Source: Photo courtesy of Larkin Square.
Development

A former industrial site pumps life into the city

Over the past decade and a half, the Larkin District in Buffalo, New York, has evolved from an abandoned industrial site to a thriving, mixed-use urban district that is spurring revitalization for blocks in every direction.

The site is still growing by leaps and bounds through a combination of adaptive reuse, restoration, and new buildings and public spaces that complement the old. A 1937 diner restoration, an historic men's club converted to mixed-use space, new live-work buildings, and a new park are currently under development, according to the website Buffalo Rising. In recent years the district landed the Buffalo office of Pricewaterhouse Coopers, a professional services firm, and SolarCity, a regional alternative energy project. The district includes many other businesses, homes, and retail. The Buffalo News calls it "one of Buffalo’s brightest signs of resurgence."