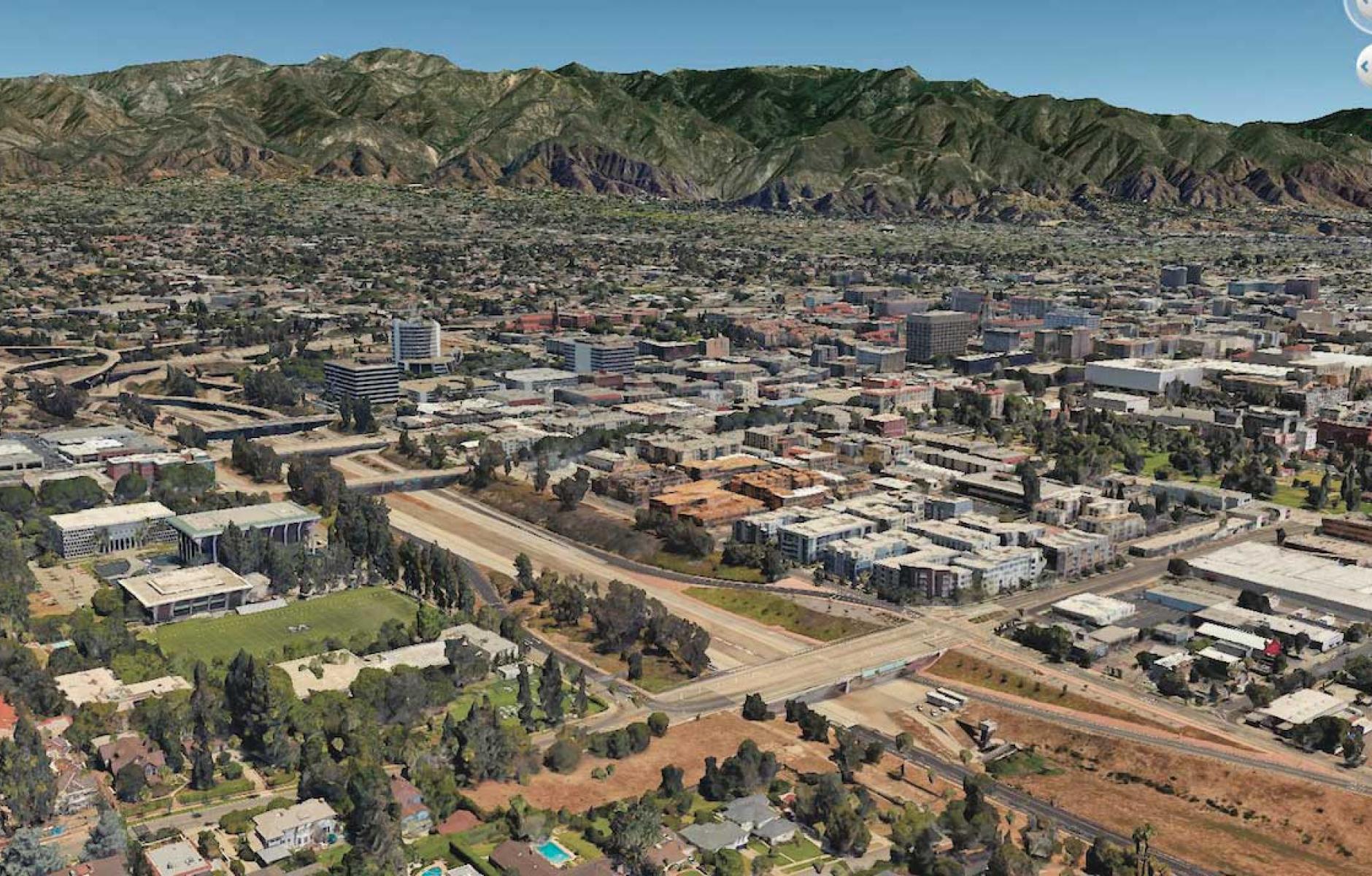 One of the last of the 20th Century ‘freeway battles’ ends

The 710 Freeway in Pasadena CA has no future, only an ugly past—one of scores of in-city highway struggles that began when many officials thought that traditional cities had no future.
ROBERT STEUTEVILLE   &nbspMAY. 30, 2017

Common sense has prevailed at last. For more than a half century, California planned a freeway through the heart of Pasadena and South Pasadena, extending the 710 to connect the 110, 134, and 210 freeways. This freeway extension was long opposed by South Pasadena, which fought it in the courts—and in the last two decades was joined by Pasadena and other municipalities.

In 1964 the State of California seized a half-mile swath of Pasadena’s most valuable land, demolishing hundreds of houses. The stub now interrupts the street grid of neighborhoods to the east and west and separates desirable Old Pasadena from key schools, civic assets, and businesses. A similar stub was built in Alhambra and Los Angeles at the southern end.

Miraculously, the 710 was never built and last week a decision by LA County Metropolitan Transportation Authority (Metro) will likely spell the final doom to this proposal. Building the 710 as originally planned would have devastated Old Pasadena and other beautiful neighborhoods. In the end, the highway was envisioned as a hugely expensive tunnel, costing at least $6 billion and probably much more.

Building the tunnel would have closed the door on reknitting the damaged urban fabric in Pasadena, Alhambra, and Los Angeles by the highway work of a half century ago.

The 710 was on the Congress for the New Urbanism’s “Freeways Without Futures” list earlier this year and has been the subject of new urban plans in the last decade. In the end, the 710 goes down as one of scores of urban freeways that were fortunately defeated. These freeways would have permanently changed the face of cities like DC, Philadelphia, San Francisco, New York, and now Pasadena.

With the tunnel off the table, a grid of streets—the bones of a traditional city—will distribute the traffic, contributing to quality of life and land values.

The Connecting Pasadena Project (CPP) is a community-based initiative that aims to reclaim this land for mixed-use and diverse housing. Two public workshops have generated a detailed vision based on five principal ideas: “1) Fill the freeway stub with parking and other service uses; 2) Convert the freeway into a multi-way boulevard as it enters the city; 3) Create a new network of blocks, streets and open spaces to stitch together the disconnected sides of the city; 4) Use the reclaimed land for new infill development; and 5) Regulate development in a form that is sensitive to the surrounding context.”

CPP’s proactive 710 Reclaim plan illustrates the manifold benefits of abandoning the Caltrans/Metro completion plan. The state-owned land between California Boulevard and the 210 Freeway represents nearly 2.5 million square feet of potential development, according to the Pasadena Star-News. A property with 50 developable acres does not exist anywhere else in Pasadena and would be hard to find in Los Angeles County, the paper reports.