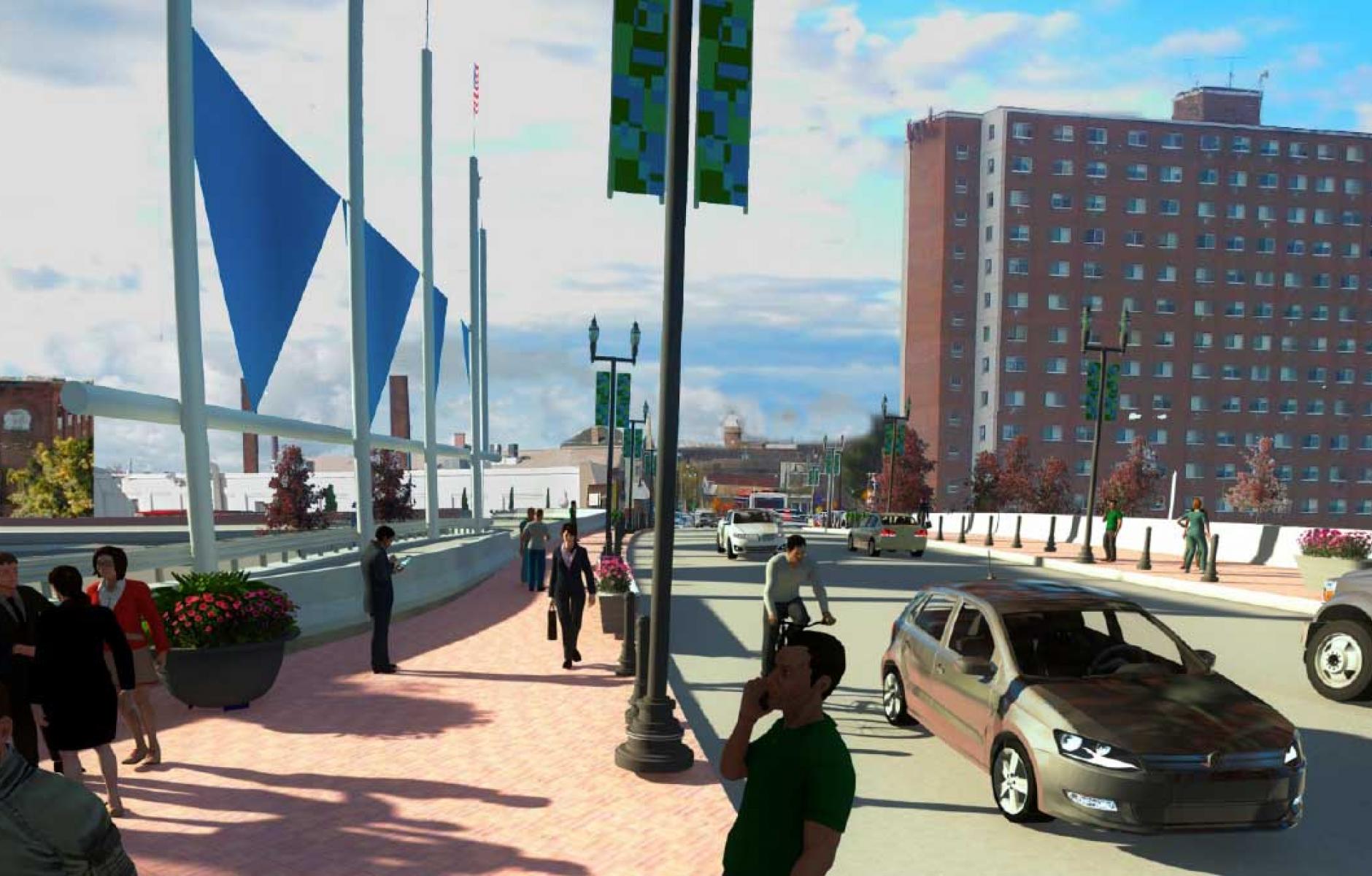 Providence freeway has a future

The good news: The highway will be improved. The bad news: The boulevard idea is officially dead.
ROBERT STEUTEVILLE   &nbspDEC. 20, 2016

While working on CNU’s upcoming semi-annual Freeways Without Futures report, we learned that one of the candidate highways, the 6-10 Connector in Providence RI, now has a future. The highway that divides a half dozen neighborhoods in West Providence will be rebuilt, according to a compromise plan reach by Rhode Island Department of Transportation (RIDOT), the governor, the mayor, and activists who were opposed to the original reconstruction plan.

The bad news is that this part of Providence will continue to be impacted by a 20th Century highway that severs connections and poses barriers. The good news is that RIDOT made significant improvements to its plan to accommodate bicycle trails, new development, and connections across the highway so that the activist group— Fix the 6-10 Coalition—has signed on.

“Through our campaign and the exemplary efforts of city staff over the past months, we are pleased to see that the proposed plan is much improved,” Seth Zeren, a spokesman for Fix the 6/10, said in a statement. “While there are certainly aspects of the new plan which could be improved, we recognize the need for pragmatic compromise to help move our city and state forward.”

The new plan adds 1.4 miles of new bike paths, creates new pedestrian walkways, and opensup 4.8 acres of real estate by eliminating the Harris Avenue on-ramp. A new highway connection will be added, while the total number of bridges will be reduced.

Mayor Elorza said the idea of turning the 6-10 system into a surface-level boulevard, or the so-called “halo” option he had floated in October, didn’t appear to work once traffic studies were conducted, particularly for big-rig trucks. “It just couldn’t be,” he said.

Traffic studies have always supported highways through cities, even when the proposed highways obliterated neighborhoods or damaged urban centers. The 6-10 isolated Olneyville—once a second downtown for Providence and now a disinvested area. Norman Garrick, a transportation engineer with the University of Connecticut, writes that many elected officials are still not ready to deal with the idea that urban freeways "don’t make urban travel easier as much as they create dysfunctional travel patterns that lead to an over-reliance on  freeways for simple, local trips,” he says.

“This is certainly the case in Providence, where the 6-10 completely disrupts the local street network. It’s quite likely that its removal would cut car traffic on any replacement facility by more that half based on previous cases where freeways have been removed and replaced with streets that are better connected to the local grid.”

Providence was the model for one of the most successful freeway removal projects in the world-- a beautiful park in the heart of Seoul called the Cheonggyecheon. In the 1990s, Providence uncovered a major downtown river which is now the scene of the art piece and major tourist attraction, WaterFire.

The boulevard was a long shot, due to the immediacy of the infrastructure concerns and political dynamics. The one-mile connector brings together two highways, routes 6 and 10, in a complex interchange with multiple bridges and flyovers that are currently crumbling.

RIDOT says reconstruction the bridges is urgently needed because they are in danger of collapse. RIDOT director Peter Alviti was strongly opposed to the boulevard. The reconstruction project is projected to cost $400 million and is scheduled for completion in 2022.