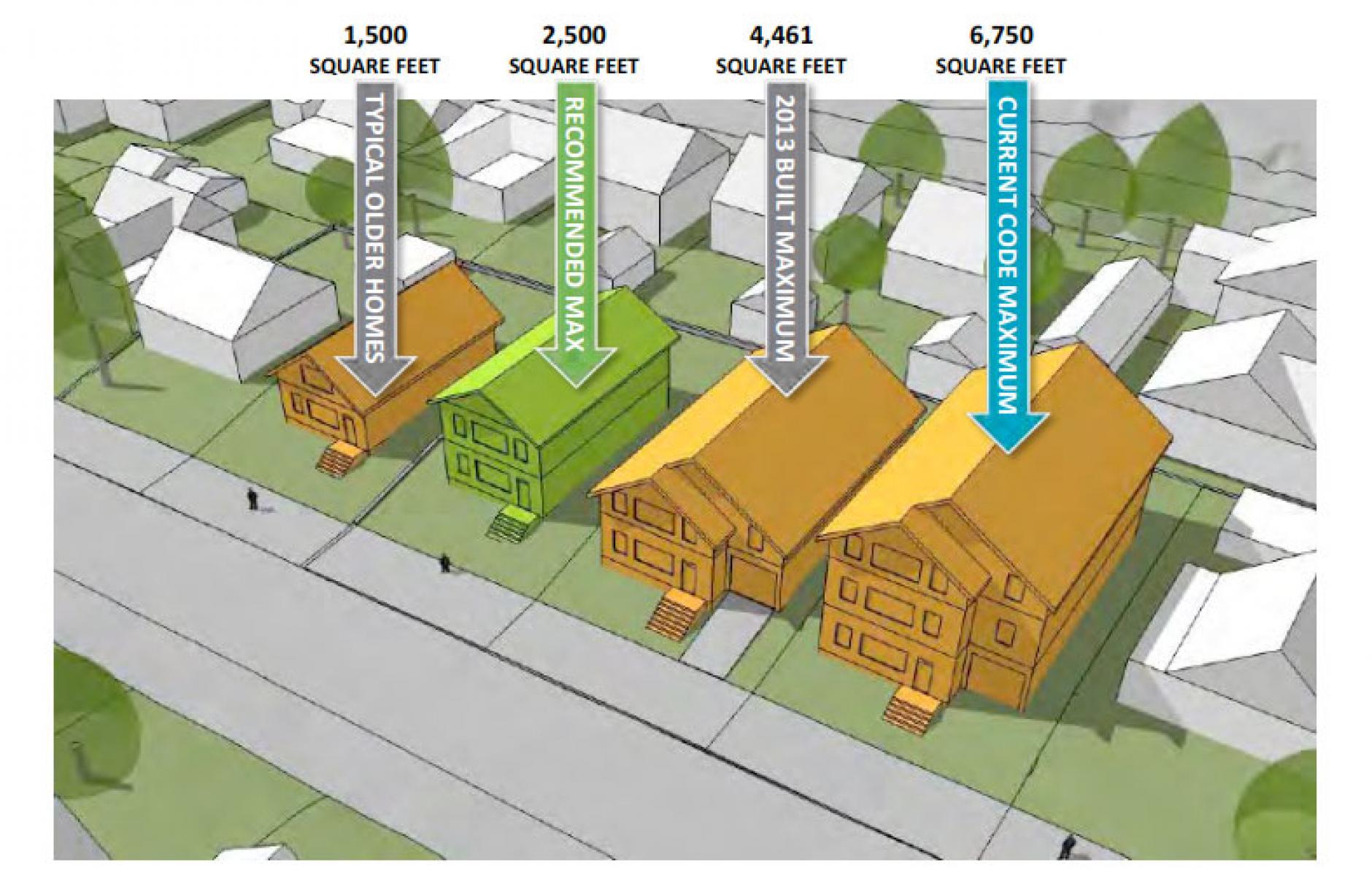 Such demolitions, usually associated with rising real estate markets where the housing stock has reached a "certain age," replace middle-class homes with houses for the wealthy.

Portland real estate values in the most-loved neighborhoods are rapidly rising, as $400,000-plus houses are becoming much more common every year, according to a Sightline report. Current codes in Portland allow up to  6,750 square foot homes, making it profitable in some cases to tear down middle class housing for luxury McMansions. Two city proposals would reduce 1:1 demolitions in much of the city, Sightline says:

"By shrinking the size of new buildings, Portland would greatly reduce those buildings’ potential sale price and therefore the number of demolitions that are viable. The other difference is that when demolitions do occur, the city’s proposal would ensure that instead of replacing one small home with one huge home, they’d replace one small with two or three small homes—reducing displacement instead of enabling it," notes the report by Michael Andersen.

Such strategies are not unique to Portland, notes new urban developer and designer John Anderson. "Bruce Tolar and I were brought in to Decatur, Georgia to sort out the city's effort to build a demonstration Cottage Court under their new ordinance. Cottage courts are intended to provide several reasonably priced homes as an alternative to the million dollar big house on a tear down lot," he says.

In addition to tackling this issue of McMansions, the neighborhood infill ordinance would promote setbacks that match existing housing and stop front-loaded garages on narrow lots (see image below from the City of Portland). Read the full article here.