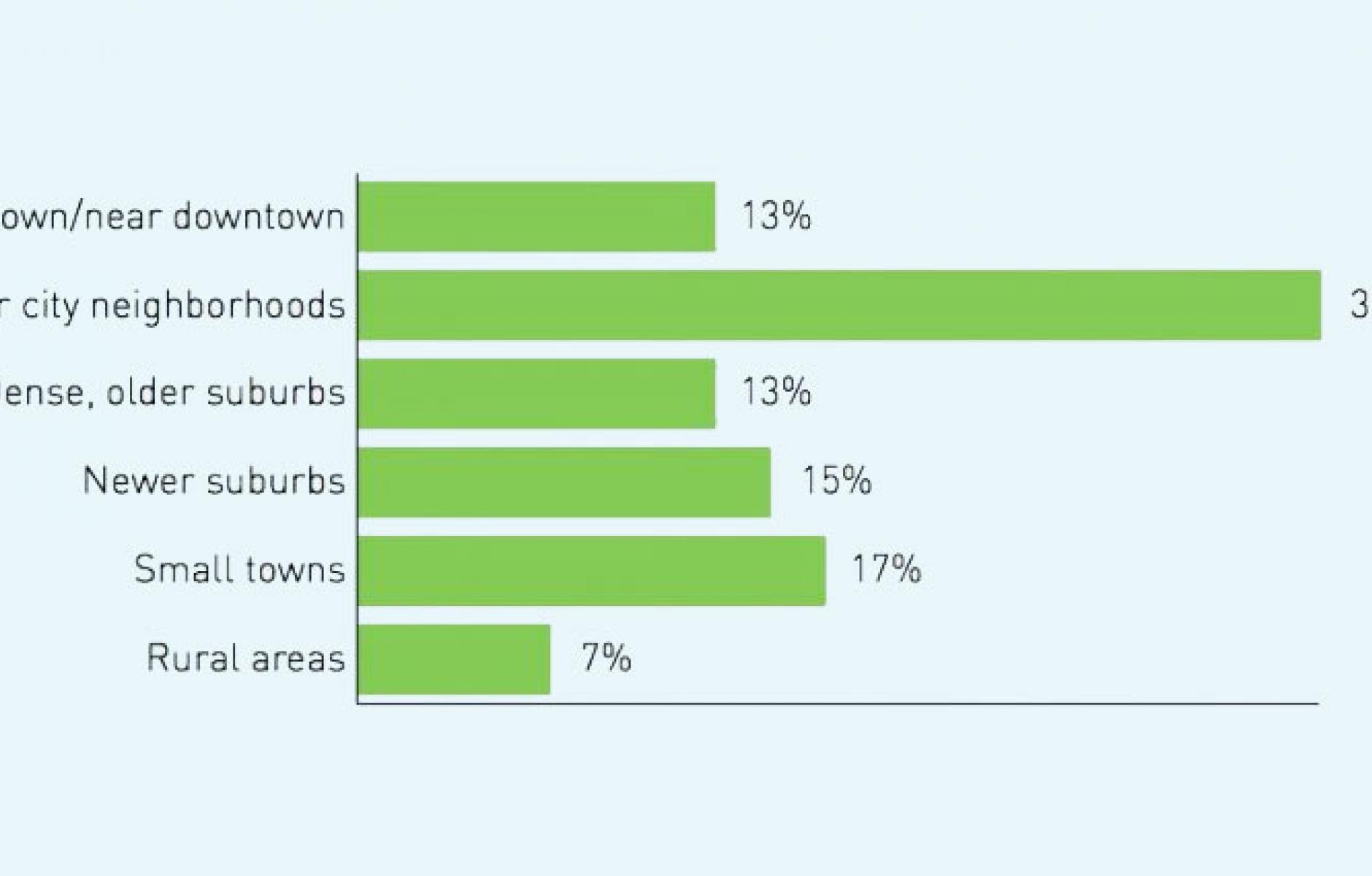 Source: ULI
Got A Minute

The often quoted cliche that millennials are moving downtown is not quite accurate. The greatest share of young adults is choosing urban neighborhoods outside of downtown. Just over a third of millennials identified in this 2014 nationwide survey live in such neighborhoods—preferably the walkable kind where they can get around without a car. Only 13 percent live downtown, which tends to be more expensive.

In total, 48 percent live in cities—with another 13 percent living in dense, older, inner-ring suburbs. These older suburbs also enable reduced automobile dependence, which cuts expenses for folks who are still paying for higher education. Older suburbs are relatively convenient to jobs and activities—a quality in demand with this cohort. So 61 percent of this group are living in compact neighborhoods or downtowns—a higher number than previous generations.

A very small percentage of young adults, around 15 percent, is choosing newer suburbs. Many in this subgroup are living with their parents. Another 17 percent are living in small towns and 7 percent in rural areas.

No doubt many millennials will move further out into the suburbs at some point—replaced in the city by the next generation of young adults.