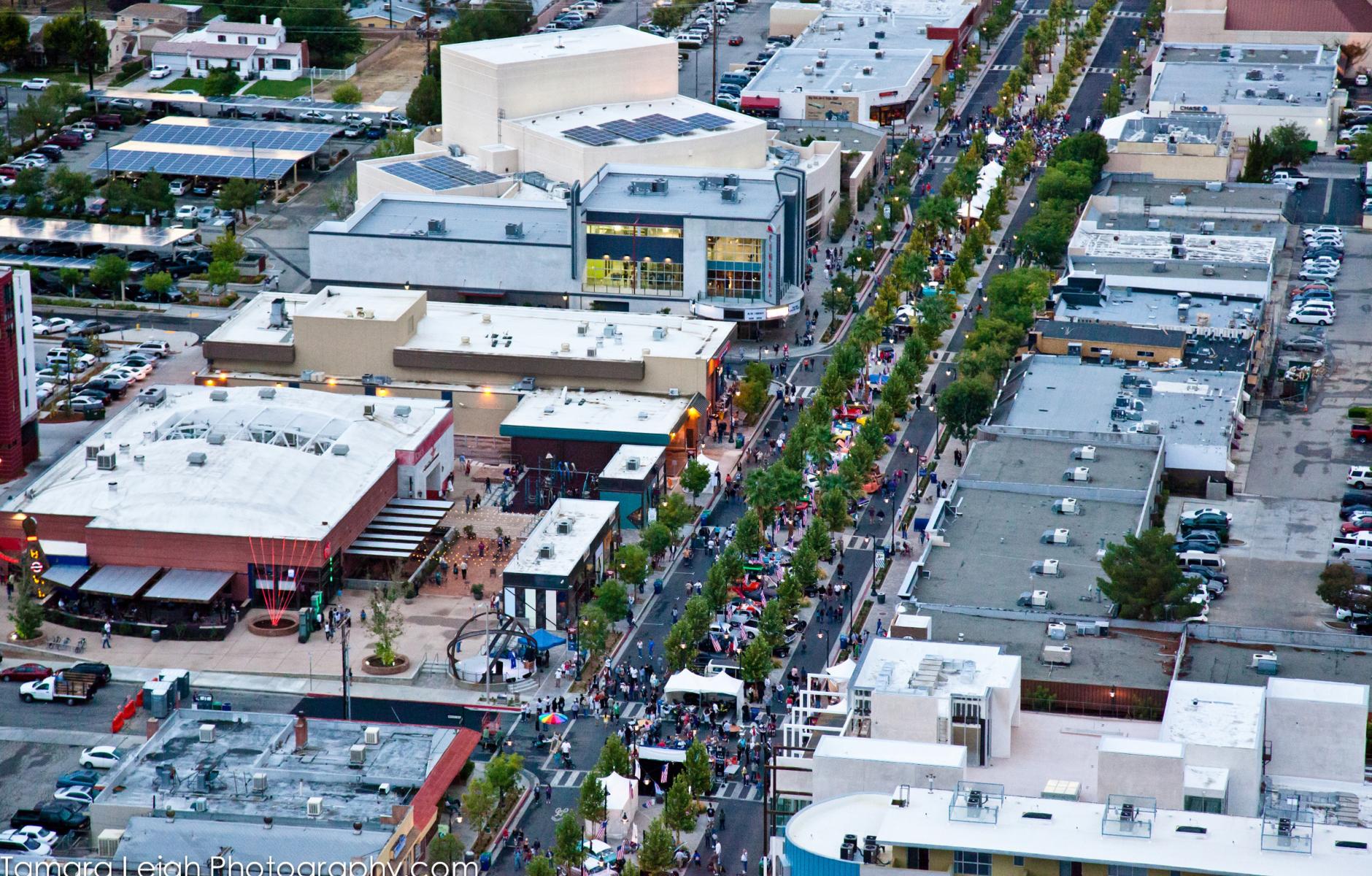 Lancaster Boulevard in Lancaster, CA, after its makeover.
Retrofit

Where to begin? Target a place

Many suburbs would like to revitalize infrastructure and assets, but they don’t know what problems to tackle first. Not knowing can lead to paralysis.
ROBERT STEUTEVILLE   &nbspNOV. 14, 2016

Many suburbs would like to revitalize infrastructure and assets, but they don’t know what problems to tackle first. Not knowing can lead to paralysis.

Many suburbs suffer from lack of diversity in the built environment. The commercial districts serve a single purpose, the office parks are active 9-to-5, the main thoroughfares serve mainly automobiles, and subdivisions lack easy access to schools, shops, and parks. Regulations and infrastructure investments have inadvertently led to this outcome. Furthermore, many communities have underutilized assets such as parking lots that are empty or half-full, business parks with high vacancies, low-value strips, or leftover pieces of land.

One approach is to look for the most likely places for transformation. They could include a shopping mall that has gone out of business or a commercial strip with vacancies or too much asphalt. An assessment of opportunities and barriers can be made for a targeted location.

Looking for opportunities and targeting specific locations can make the problem smaller, clearer, and more defined. Here are two communities that found an opportunity, a specific part of town, and they brought about a transformation.

Roanoke, TX | Officials borrowed $8 million to invest in a two-thirds-of-a-mile commercial corridor called Oak Street and adopt a form-based code. In less than 10 years, the corridor has been transformed with six new buildings, six historic rehabilitations, and a dozen restaurants. Oak Street has become a destination and a place for outdoor entertainment and festivals, the heart of a growing community. The sales tax increase is already where the city had hoped it to be in 20 years. “The eight million invested turned out to be a hell of a deal for everybody — businesses, property owners, and taxpayers,” planner Scott Polikov concludes.

Many resources are available for suburban communities seeking revitalization and diversity in their built environments, including the websites for Build a Better Burb (buildabetterburb.org) and CNU (www.cnu.org), in addition to books such as Retrofitting Suburbia and Sprawl Repair Manual. Also, check these links: Lancaster Boulevard, Lancaster, CA,  Oak Street, Roanoke, TX .