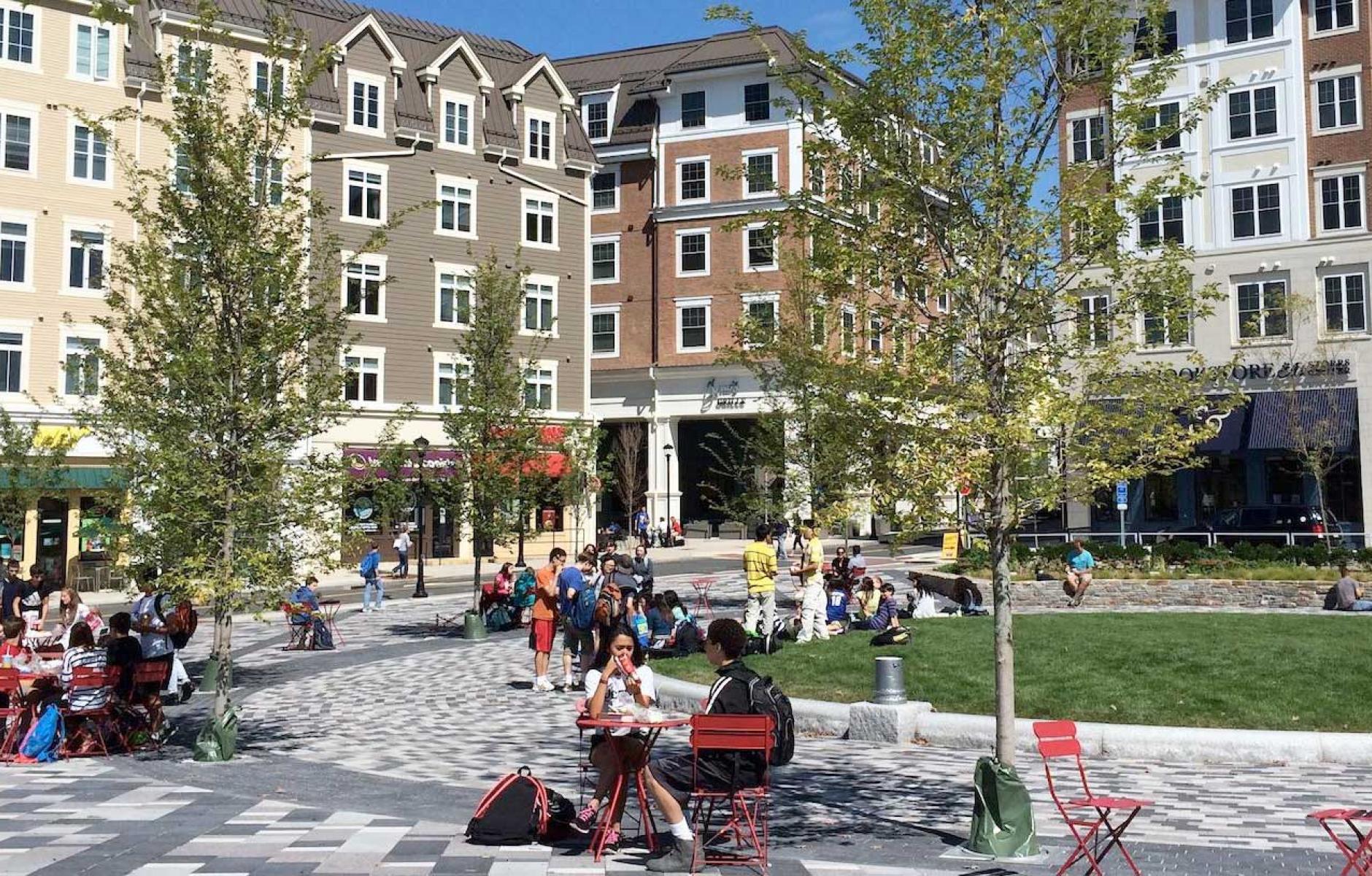 After a year of work, the Build a Better Burb website has been upgraded, offering an improved platform for suburbs that are rethinking their planning and development.
ROBERT STEUTEVILLE   &nbspNOV. 10, 2016

The suburbs are a big part of the movement to create human-scale, walkable places. Land outside of principle cities, the area often equated with suburbs, comprises more than 95 percent of metropolitan areas.

Yet the suburbs are often left out of the discussion of people moving into urban places. The narrative is often framed as city versus suburb. But the suburbs are transforming, too, in ways that are making them more diverse, walkable, and mixed-use.

That’s where Build a Better Burb comes in. A year ago, the Congress for the New Urbanism took over the site, created in 2010 by the Rauch Foundation, based in Long Island, New York. The site grew out of the Build a Better Burb design competition for Long Island, and Rauch wanted to see it attract a nationwide audience. CNU recognized opportunity in a positive brand name that speaks directly to those outside of large cities and to their yearning for better places—and agreed to give Build a Better Burb an overhaul.

The suburbs have always been part of the vision of the New Urbanism, and CNU has a long-standing “Sprawl Retrofit” project to generate ideas. But people who live and work and help to run suburban communities may not relate to the words “sprawl” or “urbanism”—although they may want to build complete streets, town centers, and walkable neighborhoods.

Moreover, suburbs have unique opportunities and challenges that are often lost in the larger discussion of urbanism. While most cities have underperforming schools, suburbs tend to have average to excellent schools. While the problems of poverty are increasingly affecting suburbs, cities still bear the disproportionate burden in this area. Suburbs include diverse areas, from older towns and main streets, to postwar housing tracts, to newer subdivisions and shopping centers.

On the other hand, cities have amazing bones and historical assets that the suburbs lack. Suburbs face a challenge in attracting millennials and creating the more walkable, human-scale environments that many businesses seek. Suburbs are aging, with infrastructure and neighborhoods that need revitalization—especially in inner-ring areas. As they comprise the vast majority of metropolitan regions, suburbs are crucial to environmental, economic, and social sustainability and resilience.

With that in mind, CNU set to work on a multi-year plan. The first year involved continuing to post material to the website and boost readers—while gathering ideas on how to broaden these ideas geographically and better meet the needs of diverse audiences. In March of this year, CNU held a Build a Better Burb Sprawl Retrofit Council in Miami. Participants brainstormed in five groups that looked at improving suburbs from the perspective of citizens, developers, municipalities, finance, and equity. Those groups generated ideas and agreed to create tools to address problems that suburbs often encounter.

The participants met again in June at the CNU 24 in Detroit. The project has since created eight tools, which have been posted to the Build a Better Burb website. I will do a follow-up report on those tools.

The website, meanwhile, was reorganized around the topics of citizens, developers, municipalities, finance, and equity—designed to address the diverse stakeholders and interests involved in transforming suburbs.

The problems and opportunities are enormous. The US will add 100 million residents in the next 50 years, far more than can fit in core cities of major metro areas, notes Galina Tachieva, author of The Sprawl Repair Manual. More than 70 percent of the residents of the nation’s 51 major metro areas live outside core cities, she says, and these people have a powerful economic and environmental impact.