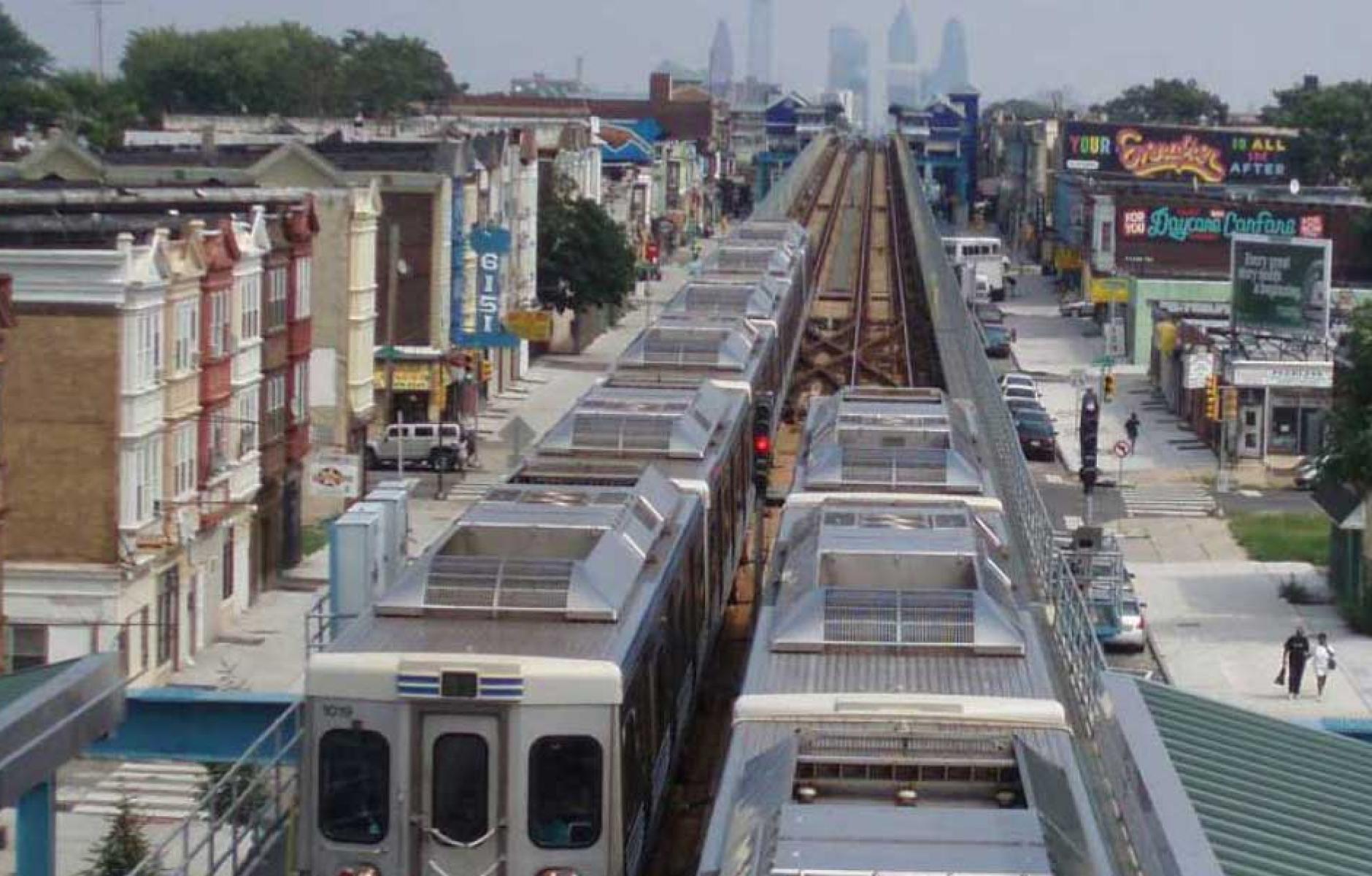 Commuters cut crash risk by more than 90 percent when taking public transit instead of driving, and investment in transit may reduce a community’s automobile crash risk in half, according to research.
ROBERT STEUTEVILLE   &nbspSEP. 14, 2016

The most effective life-saving traffic safety tool for a commuter and a community may be the daily metro transit pass, according to a study released by the American Public Transportation Association (APTA). A person reduces his or her chance of being in an accident by more than 90 percent by taking public transit instead of commuting by car. Public transportation is ten times safer per mile, APTA says.

The Hidden Traffic Safety Solution: Public Transportation, reveals that transit-oriented communities are five times safer because they have about a fifth the per capita traffic casualty rate (fatalities and injuries) as automobile-oriented communities. Public transit investment cuts a community’s crash risk in half even for those who do not use transit, the authors say. Transit service spurs compact development—which reduces auto miles traveled and tends to calm traffic. The study was prepared by the Victoria Transport Policy Institute.

“It is time we employ public transit as a traffic safety tool because it can dramatically reduce the crash risk for individuals as well as a community,” said APTA Acting CEO and President Richard White. “While no mode of travel is risk free, the safety of public transit is striking when observing the number of fatalities that are a result of auto crashes.” 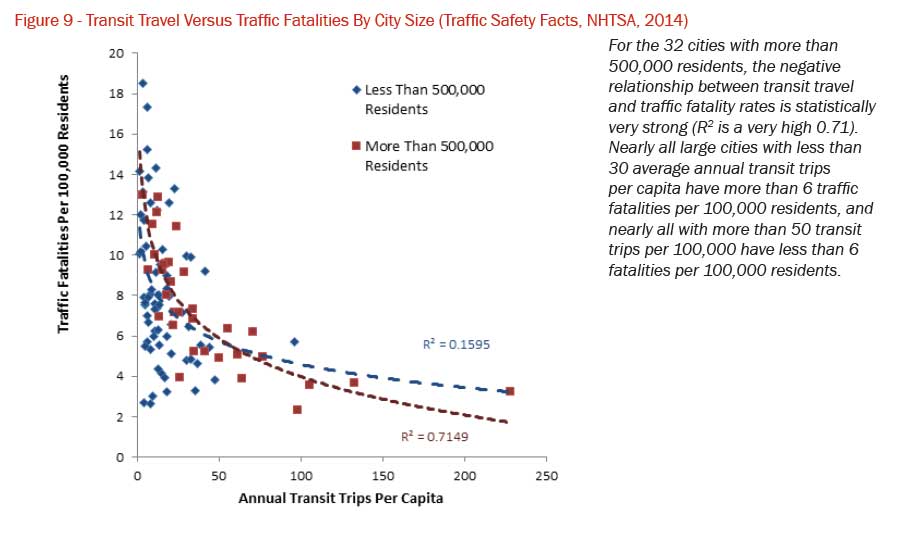 The study authors emphasize that auto deaths and injury rates tend to decline in a community as public transit ridership increases. Cities that average more than 50 annual transit trips per capita have about half the average traffic fatality rates as cities where residents average fewer than 20 annual trips. Since Americans average about 1,350 annual trips on all modes, this increase from less than 20 to more than 50 annual transit trips represents a small increase in transit mode share, from about 1.5 percent up to about 4 percent. That equates to an increase in transit mode share of less than 3 trips a month per person.

There are exceptions: Relatively small cities with with low vehicle miles traveled (e.g. Lincoln, Nebraska, and Springfield, Massachusetts) have low automobile death rates even though their transit use is low. Many of the safest cities were built prior to 1950, but "some newer cities achieve large transit ridership and traffic safety gains in recent years with pro-transit policies," the authors note. So-called "high transit growth cities (e.g. Denver, Los Angeles, Portland and Seattle) have cut their automobile fatalities substantially, while "low transit-growth cities" (e.g. Cleveland, Dallas, Houston and Milwaukee) have seen an increase in vehicle deaths. 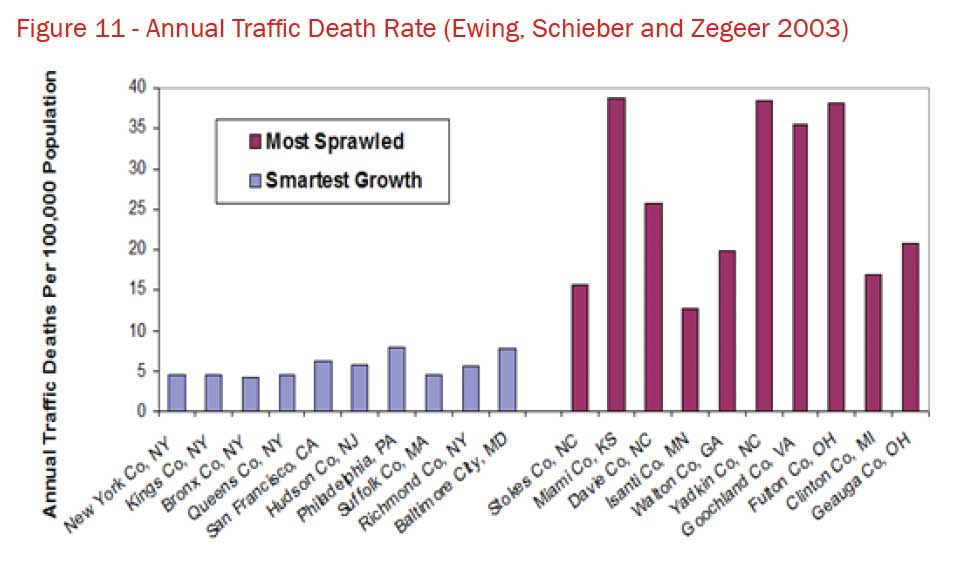 When paired with traditional roadway traffic safety strategies, transit can address high-risk and vulnerable driver groups, according to the study. Efforts to reduce higher risk driving, such as graduated licenses for teens, senior driving testing, and impaired and distracted driving campaigns, become more effective if implemented in conjunction with public transit improvements. For instance, urban teens take five times as many public transit trips, drive half as much, and die in automobiles at half the per capita rate.

“This study makes clear that public transportation investment and supportive policies continue to save lives and reduce injuries for travelers and our most vulnerable road users as more shift from the automobile to public transit,” said White. “The community-wide crash reductions, as a result from decreasing auto travel and safer speeds, multiply as areas become stronger transit oriented communities.”